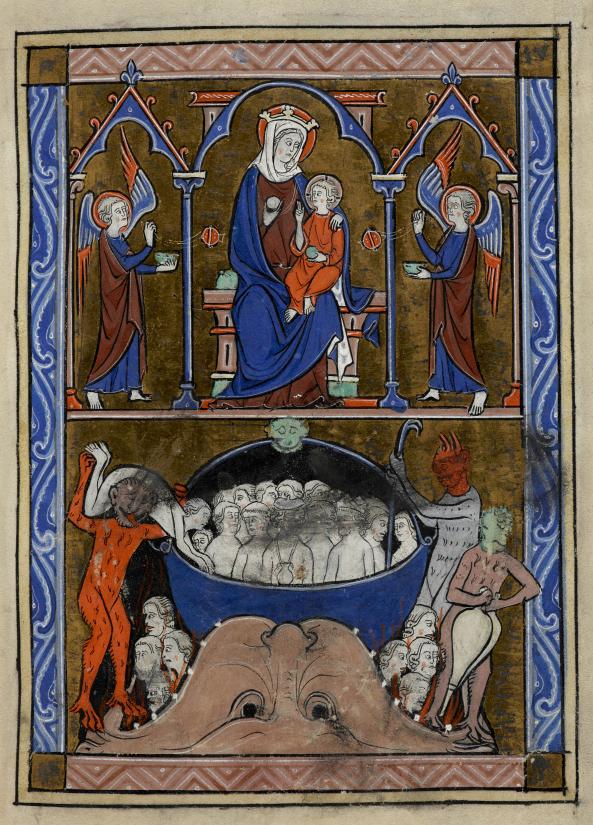 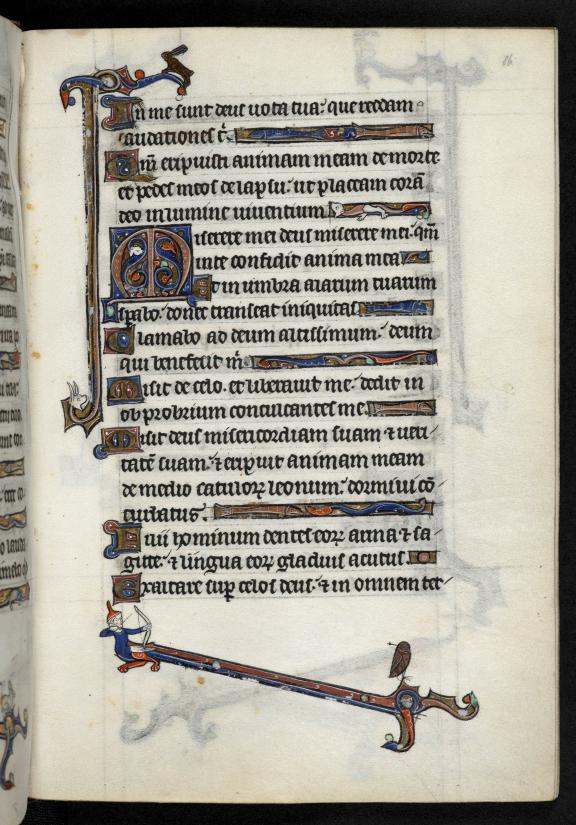 The fellowship allowed Marina Vidas to research and write the article "The Construction and Transcultural Dissemination of Negative Images of Jews in a French Thirteenth–Century Illuminated Psalter Made for a Danish Reader," which is concerned with a splendid de luxe Psalter (London, British Library, MS Additional 17868) produced in France after 1253.

Marina Vidas provides an overview of the relevant literature on the London Psalter, a full description of the textual and pictorial components of the manuscript, including a detailed analysis of the Calendar and Litany, as well as putting forth reasons for identifying the intended reader as Danish (rather than French, as has been presumed in the earlier scholarly literature).
Then a lengthy analysis is undertaken of the mostly negative manner in which Jews are represented in the prefatory miniatures and Psalter section of the manuscript.

Vidas argues that the image of the Jew in the prefatory cycle is shaped by pictorial tradition and the then-current negative perception of Jewish usury while in the Psalter section the depictions of Jews were constructed in response to adjacent texts and to nearby images. It is suggested that the interplay between words and images provided a mnemonic tool for the reader but also reinforced widely-held stereotypes of Jews, for example about Jewish enmity toward Christ.

Vidas also presents and discusses French iconography, which included pejorative images of Jews and Judaism, which was assimilated and appropriated in Medieval Danish churches. She concludes that the images would have shaped the reader’s experience of the text and perception of members of the Jewish faith, centuries before the establishment of Jewish communities in this part of Europe.

"The Construction and Transcultural Dissemination of Negative Images of Jews in a French Thirteenth–Century Illuminated Psalter Made for a Danish Reader," which has been submitted, peer-reviewed and accepted for publication in the periodical, Fund og Forskning i Det Kongelige Biblioteks Samlinger 57, 2018.

Marina Vidas also presents her research in a paper, “Images of Violence as Mnemonic Tools in a French Thirteenth-Century Illuminated Psalter made for a Danish Reader,” at the conference “Moving Violence: Transgressing the Boundaries of Experience in Medieval Imagery”, held at Tel Aviv University from December 11 - 13, 2018.

Marina Vidas, Ph.D., is Senior Research Fellow at the National Gallery of Denmark and Adjunct Associate Professor in the Department of Arts and Cultural Studies at the University of Copenhagen. She has extensively lectured and published on Medieval and Renaissance manuscripts and art.