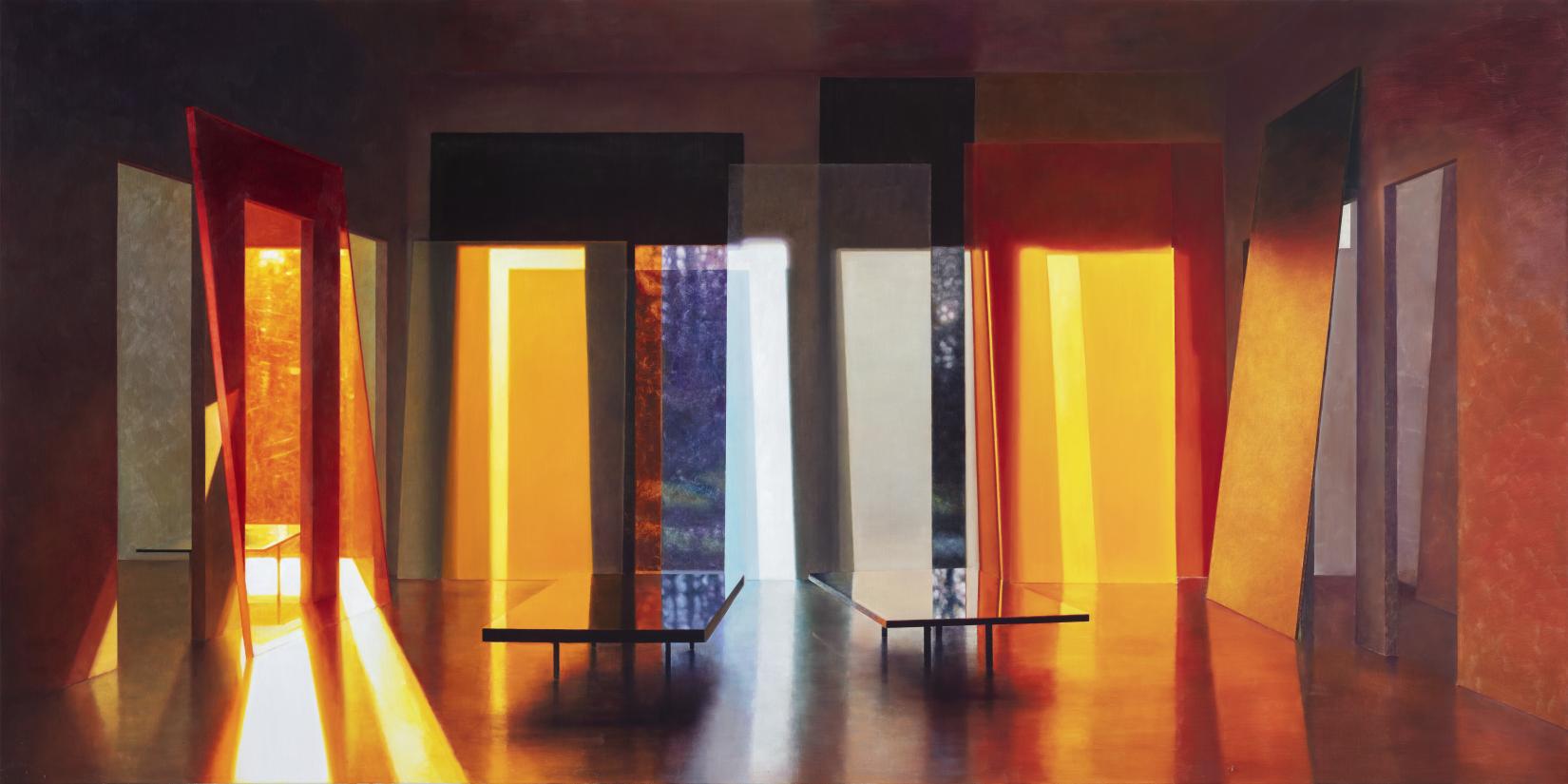 Anette Harboe Flensburg. In the Same Dark or In Another Not Yet Imagined, 2019. Photo: Anders Sune Berg

In the Same Dark or In Another Not Yet Imagined from 2019 builds on Anette Harboe Flensburg’s artistic practice but also stands out. The topic is characteristic – a silent interior with a striking play of light. However, the red and orange colours set the painting apart from her other works with their emphasis on cool, blue interiors.

Harboe Flensburgs works exude a powerful sense of calm. They are interior paintings that make room for a contemplative state. Usually devoid of people, consisting only of anonymous furnishings. Behind the room there is always a glimpse of another room. A window to nature. Her rooms are reminiscent of Vilhelm Hammershøi’s subtly melancholic interiors. Like Hammershøi, Harboe Flensburg evokes a profound sensuous experience through the artistic representation of rooms and the influx of light.

Harboe Flensburg has a masterly ability to evoke a sense of depth and perspective in her paintings. With great technical skill, she constructs rooms that possess an almost photographic realism. The painting appears as an extension of the existing room where the piece is exhibited, creating a compelling illusion that one could simply step inside the pictorial space.

Harboe Flensburg’s later works draw on a constructivist tradition. She explores architectural space, which she brings to life with crisp, distinct clarity. Piet Mondrian was one of the founders of constructivism, which aimed for simplification rather than an abstract approach to the construction of lines, colours and surfaces.

In the Same Dark or In Another Not Yet Imagined is on display as part of Anette Harboe Flensburg’s solo exhibition at Trapholt, In Company with No-One until November 2020.

Anette Harboe Flensburg (b. 1961) trained at Kunsthåndværkerskolen i Kolding (The School of Arts and Crafts in Kolding) in 1981–85. She joined the artists’ association Grønningen in 2005. Harboe Flensburg has exhibited both in Denmark and abroad, including at Trapholt, the House of Denmark in Paris and the Royal College of Art in London. She received the Carnegie Art Award in 2003, the Eckersberg Medal in 2017 and the New Carlsberg Foundation’s Artist’s Grant in 2018.

In the Same Dark or In Another Not Yet Imagined, 2019 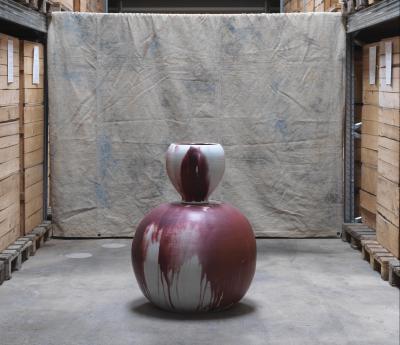 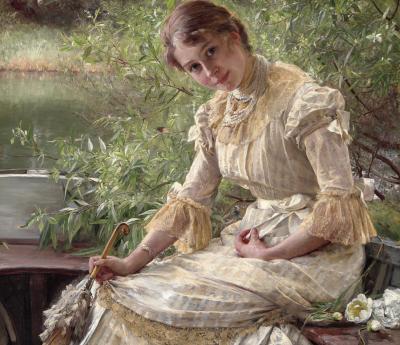 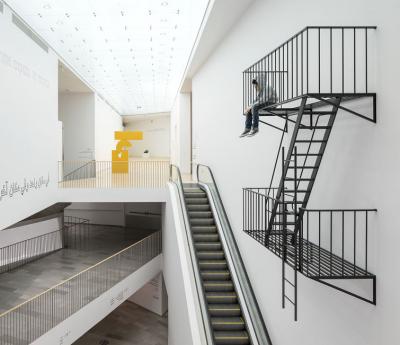 Elmgreen & Dragset’s art installation The Future, which was shown at the solo exhibition ‘Powerless Structures’ at Tel Aviv Museum of Art in 2016 is now being included in the museum’s permanent collection with funding from the British Friends of the Art Museums of Israel and the New Carlsberg Foundation. 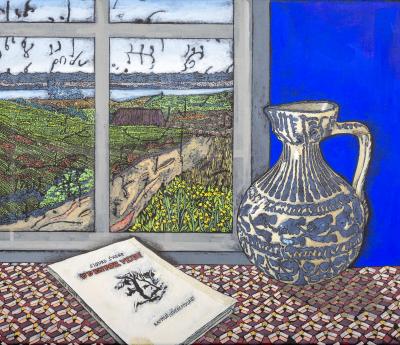