Njideka Akunyili Crosby has made a strong name for herself in the international art scene in recent years with figurative and interior images that are simultaneously classical and groundbreaking. A donation from the New Carlsberg Foundation has now enabled SMK, the national gallery of Denmark, to acquire one of her principal pieces. 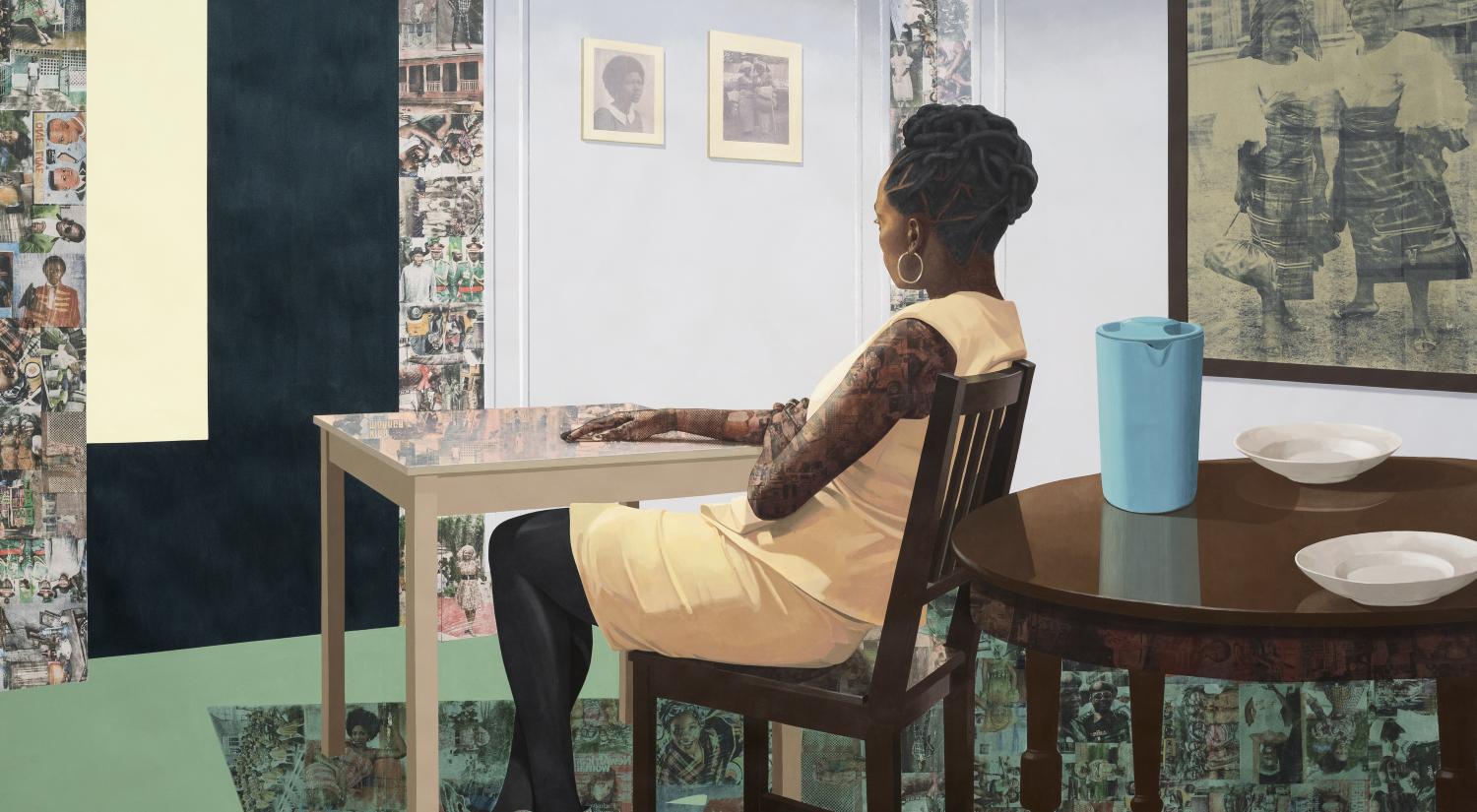 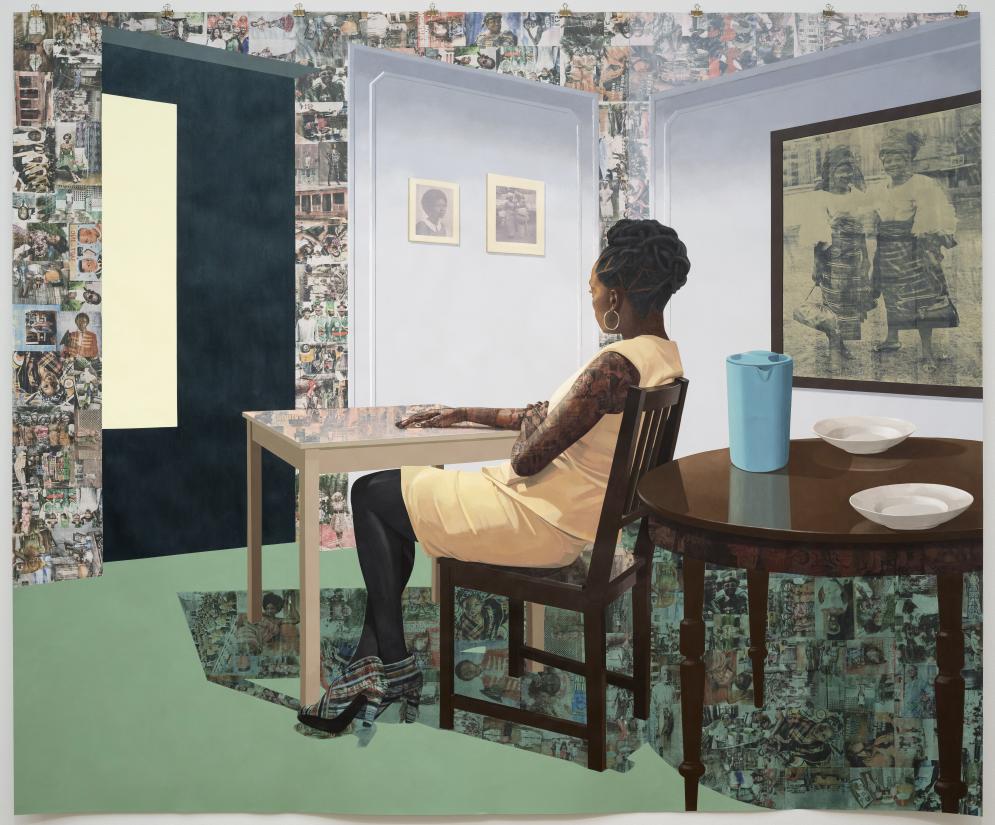 The picture sparked great interest at SMK’s exhibition ‘There I Belong. Hammershøi by Elmgreen & Dragset’. Now Njideka Akunyili Crosby’s In the Lavender Room has found a permanent home in Denmark’s national gallery.

The apparent kinship with Hammershøi is no accident. As part of her continuous exploration of the Western visual art tradition, particularly genre and interior paintings, Njideka Akunyili Crosby was pointed towards the Danish artist by her professor. Although her work is no paraphrase, it contains clear traces of Hammershøi. The lonely woman in a situation from everyday life, her back turned to us, introvert and lost in thought. The sparse interior with a door ajar to another room. The carefully depicted reflections of plates and a jug of water in the shiny tabletop. And yet, we are a long way from Hammershøi’s silent interiors in Strandgade in Copenhagen’s Christianshavn district.

Akunyili Crosby was born in Nigeria but moved to the United States at the age of 16 years. This diaspora experience is a persistent theme in her work. While In the Lavender Room may at first glance resemble a classical tableau, it integrates a myriad photos that have been transferred onto the paper, so that the collage appears to form the wallpaper, the ceiling, shadows on the floor and tattoos on the woman’s arms. The photos, which come from Akunyili Crosby’s own archive, are a mixture of family photos, snapshots and images from the Nigerian political scene and popular culture. A loud and colourful flow of images that is intensified by Akunyili Crosby’s use of other media in the picture.

This approach to images not only stands in contrast to the asceticism characterizing Hammershøi’s modest colour palette and restrained use of effects. Above all, it is a visual metaphor for Akunyili Crosby’s own hybrid attachment and for identity as a patchwork of personal experiences, cultural history and political and social realities.

Njideka Akunyili Crosby lives and works in Los Angeles, California. She trained at Swarthmore College, Pennsylvania Academy of Fine Arts and Yale University School of Art. Her works are represented at the Metropolitan Museum of Art, Tate Modern and Whitney Museum of American Art, among other places. In recent years she has held frequent exhibitions also outside the United States. She is currently presenting at the Venice Biennale. In the Lavender Room was created specially for the exhibition ‘There I Belong. Hammershøi by Elmgreen & Dragset’, which was presented at the SMK in spring 2019.

SMK, the national gallery of Denmark