Important works by Tovborg to Lemvig

Based on four archetypes Alexander Tovborg has created a new religion in his art project New Eternity (2010–12). Two of the archetypes are now on display at Museum of Religious Art in Lemvig. With support from the New Carlsberg Foundation the museum has acquired two of Tovborg’s paintings. 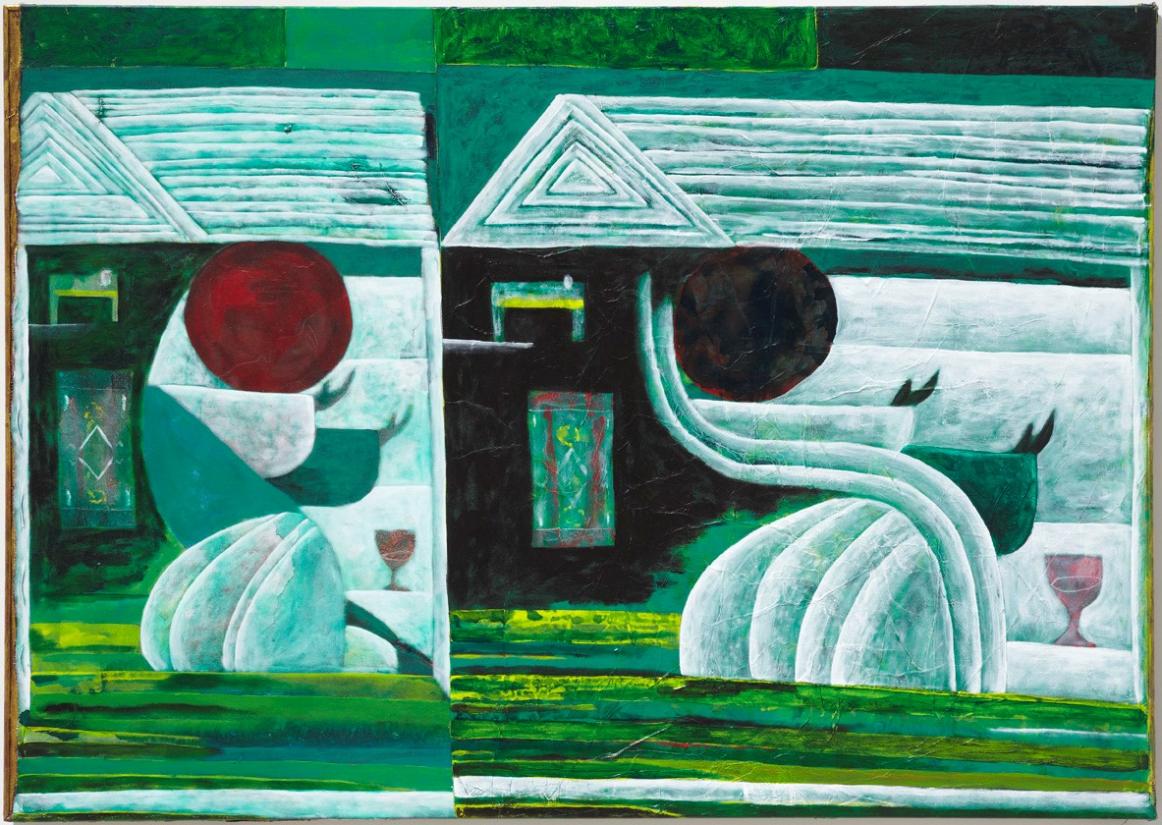 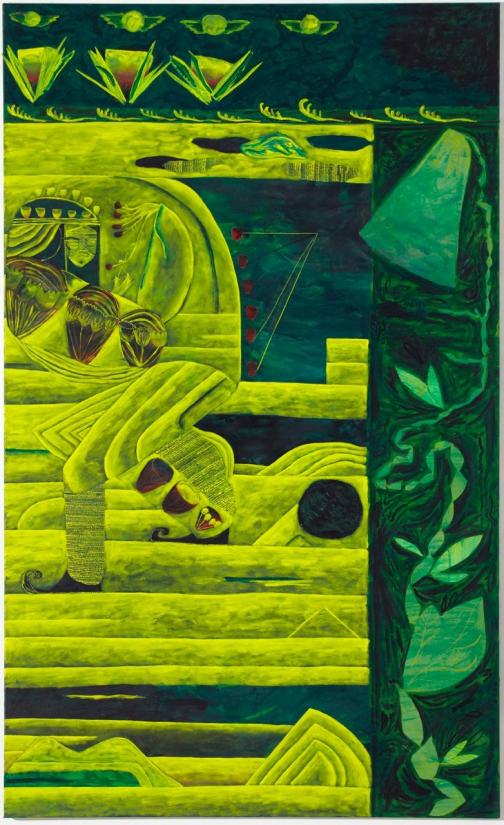 Tovborg’s new religion draws on the same basic elements as the established religions. The fundamental concept of the project is that almost all religions share certain fundamental, structural principles. Putting their differences aside, we are left with four archetypes: Skaberen (The Creator), Moralen (The Morals), Formidleren (The Communicator) and Den Troende (The Believer). Thanks to a grant from the New Carlsberg Foundation, the Musuem of Religious Art has now purchased the two paintings representing each of the latter two archetypes.

The Communicator and the Believer

Tovborg does not provide any answers or instructions for the individual archetypes, but his paintings illustrate various aspects of the landscape of faith. Den Troende depicts a follower of the new religion. The person, who is shown walking in a green landscape, represents the human being in the religious narrative. In the other piece, Formidleren, Tovborg grapples with the messengers who convey the message from the ‘Creator’, for example Archangel Gabriel. The painting also paraphrases the topic of the ‘annunciation’, which has been reproduced numerous times throughout art history. By juxtaposing mythological and familiar religious topics, the paintings contribute to a basic discussion about the nature of religion.

A myth is a state of mind

‘A myth is a state of mind where we relate to mythological heroes through human emotions,’ Tovborg has said. In an endeavour to develop a greater understanding of myths, Tovborg has travelled far and wide. In Georgia he visited the underground cave where, according to legend, Prometheus was incarcerated as punishment for rebelling against Zeus. In his captivity, the titan had to endure the same torment day after day. By being physically present in the Prometheus cave, Tovborg attempts to understand the myth in order to reproduce its eternal and mystic nature in his art. From the cave he brought holy water back to Denmark. Using a granite baptismal font Tovborg incorporated the water into an art performance where he inducted new members into his religion. Christianity, Greek mythology and Tovborg’s own spirituality are thus syncretized and re-enacted as a new collective state of mind. Tovborg’s baptismal font, Credo quia absurdum, from 2015 is also part of the collection at the Museum of Religious Art and will soon be put on display alongside the two new acquisitions.

Alexander Tovborg (b. 1983) graduated from the Royal Danish Academy of Fine Arts and from State Academy of Fine Arts Karlsruhe. Throughout his career he has challenged myths and spirituality in paintings, drawings, sculptures and performances and is recognized as one of the most influential artists at the cross section of religion and art. Tovborg has held numerous solo and group exhibitions both in Denmark and abroad, including his solo exhibition ‘TRE’ (THREE) at the Museum of Religious Art in 2012, just after his graduation. Currently, along with Kirstine Roepstorff, Tal R and Bjørn Nørgaard, he is working on the large tapestry series for Koldinghus funded by the New Carlsberg Foundation.