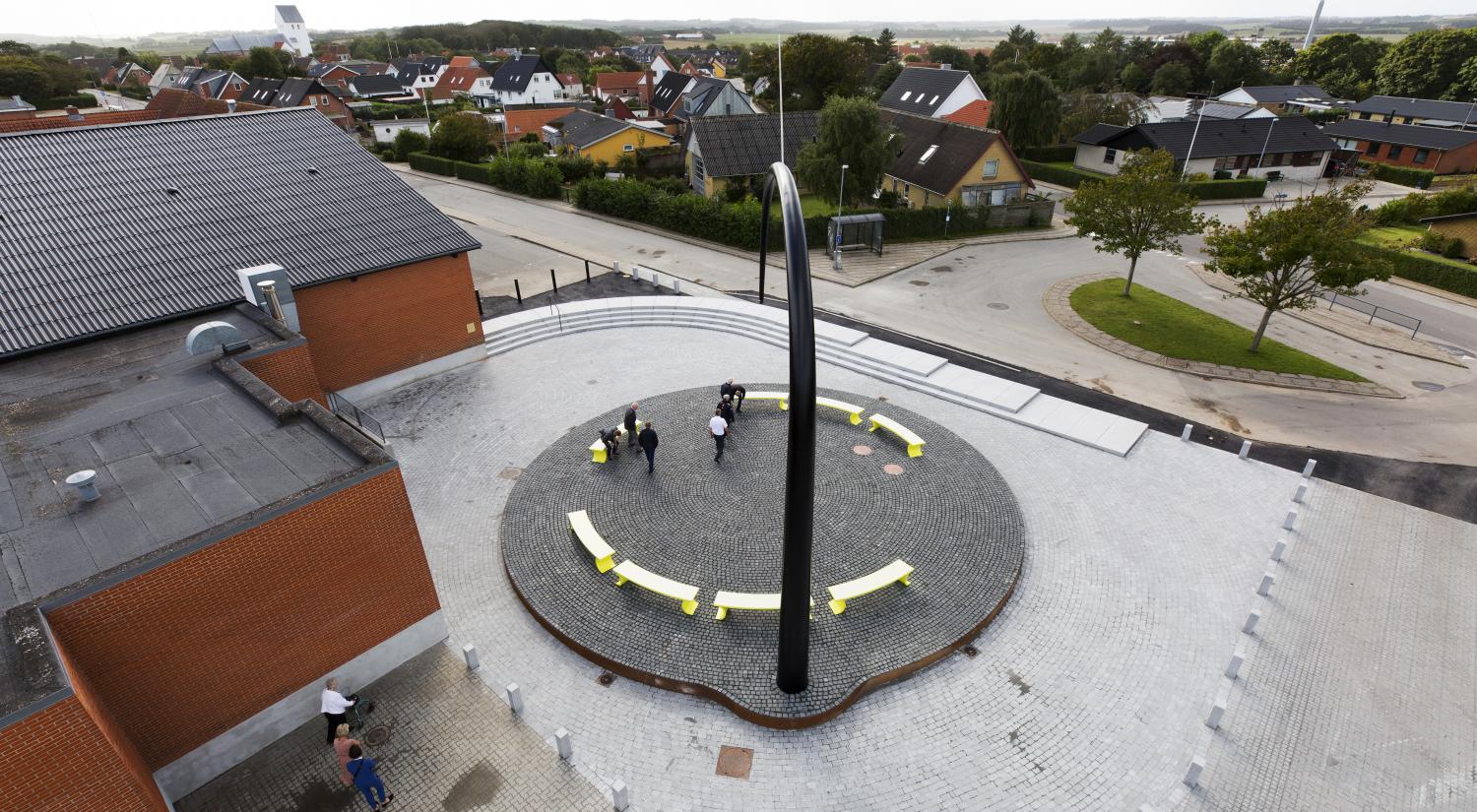 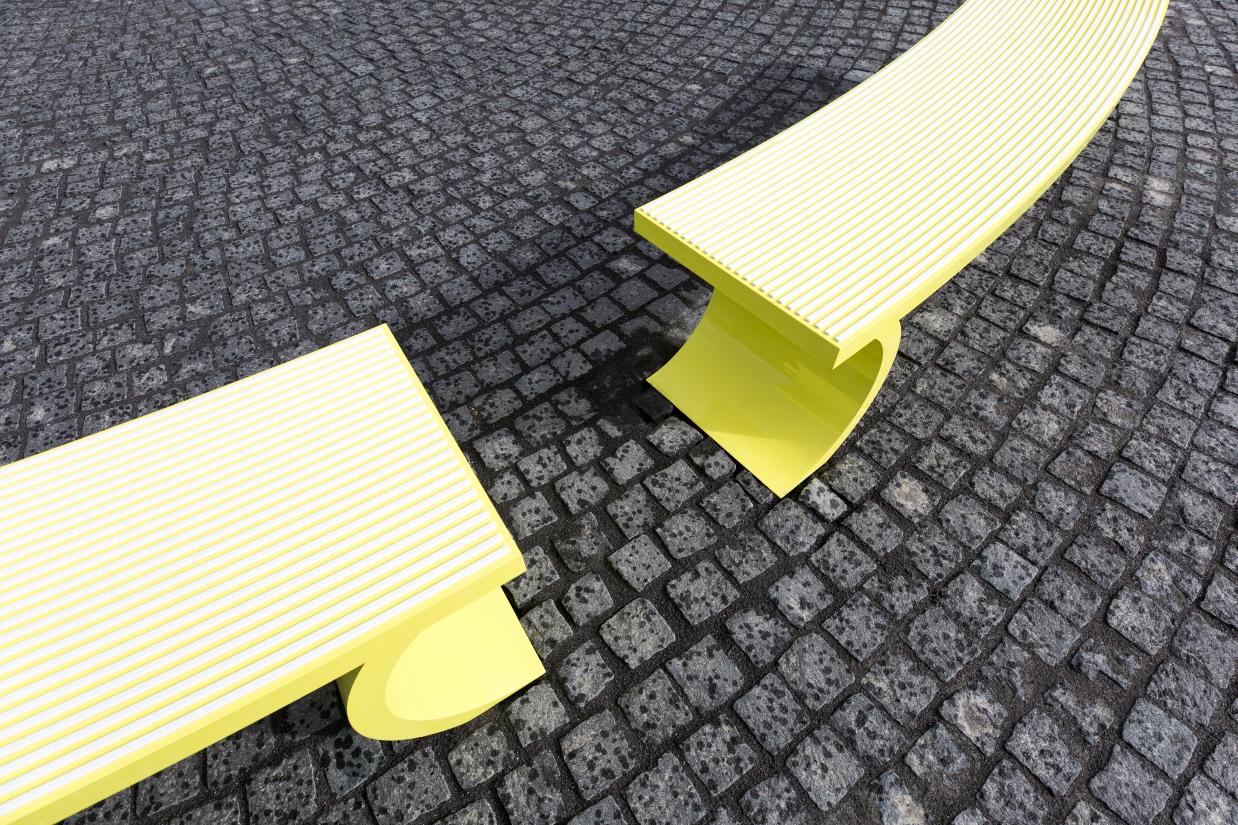 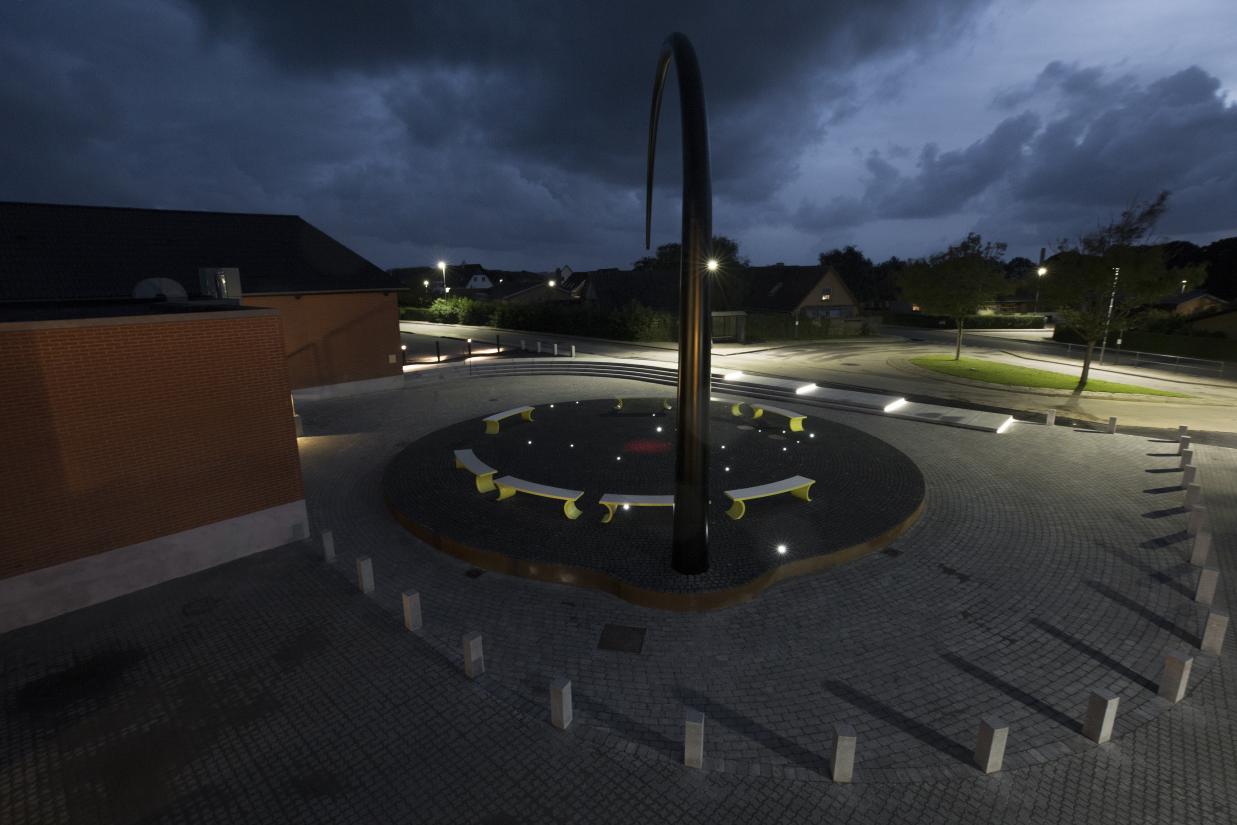 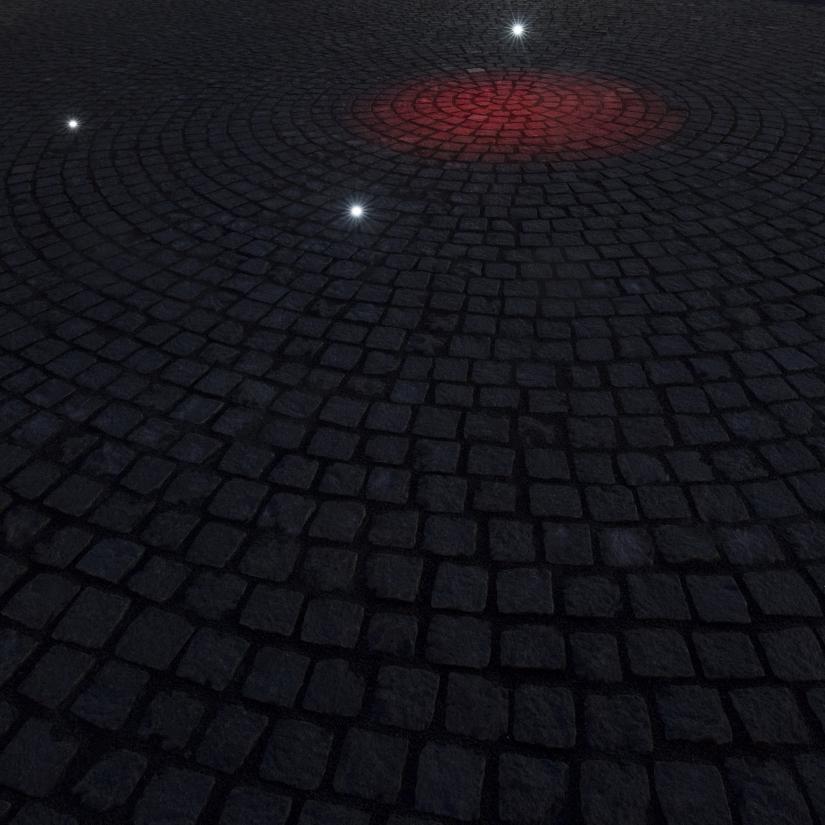 Some works of public art blend in and adapt, forming an extension of their setting. Others make a more dramatic statement, adding something radically different to the site. Ingvar Cronhammar’s Perseus Gargoyle clearly belongs in the latter category.

Above all, it is itself

Together with the architect Niels Poulsgaard, Cronhammar has completely transformed the open square in front of Sjørring Idræts- og Kulturcenter (Sjørring Sports and Cultural Centre) with his new site-specific project. The public artwork includes a wide set of stairs in Portuguese granite with embedded lighting marking the different levels. In the heart of the structure is a circular area paved with black setts and furnished with eight heavy yellow benches in solid aluminium arranged in an arc. Last but not least, there is the ‘gargoyle’: a 12-metre tall black, hook-shaped form spewing fiery red light that strikes the centre of the circle:

‘It is a significant work of art that adds something important and unusual to the site. It greets us with a gesture of great beauty. The title, Perseus Gargoyle, incorporates a reference to myth and history. But above all, it is itself; it is art, it has no intention beyond what it is and does – and thus it imbues the place with special meaning,’ says Morten Kyndrup, member of the board for the New Carlsberg Foundation.

Like many of Cronhammar’s other works of art, Perseus Gargoyle appears to be operating in the field of tension between the archaic and the futuristic, between temple and power plant. The choice of materials, the impactful statement and, not least, the scale initially lend Perseus Gargoyle an alienating character, as if it was not made by human hands. And yet, the installation speaks to us, despite its resounding silence. Its simultaneously protective and slightly intimidating appearance remind us of forces that are bigger than us, taking us out of our normal world, suspending our routine perceptions and confronting us with something elevated – something larger than life.

Ingvar Cronhammar (b. 1947 in Hässleholm, Sweden) attended the Aarhus Academy of Fine Arts in 1968–71. His work is not only represented in many Danish art museums; in recent decades it has also left a significant imprint on Danish landscapes and public spaces. Cronhammar’s early works have a distinct aspect of social satire, calling out petit bourgeois narrowmindedness and mediocrity. From the late 1980s, he begins to target a different kind of mediocrity. With his breakthrough piece The Gate from 1988, Cronhammar introduces a unique form of monumentality that comes to permeate his subsequent works, culminating in Elia at Birk Center Park in Herning from 2001. His huge machine bodies and aestheticized installations show a liberating lack of moderation with regard to scale and elegance. In their industrial and always highly perfectionistic finish, even smaller sculptures have a sci-fi-like, almost magical expression. 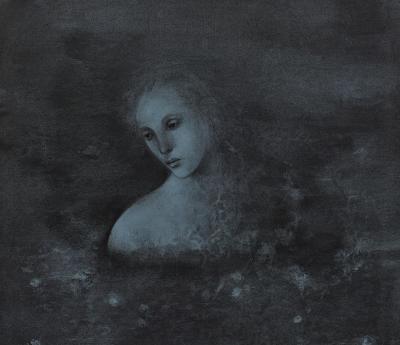 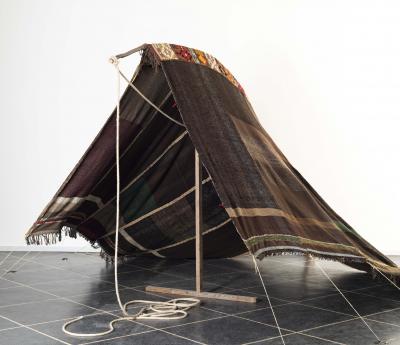 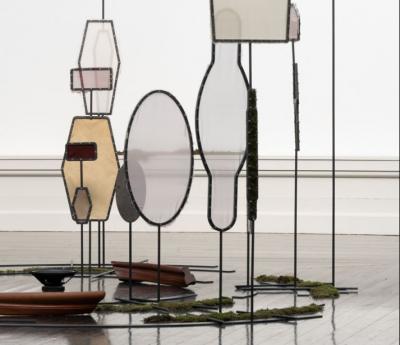 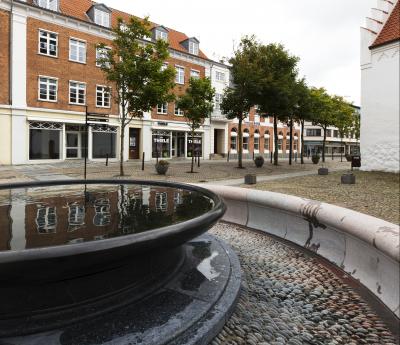