From Paris to Lolland

Olaf Rude’s landscape painting Landskab. Skejten (Landscape. Skejten) illustrates the scenic setting of the Fuglsang Estate in 1911. In the piece, Rude combines inspiration from the contemporary European art scene with familiar local themes from the Danish island of Lolland. With support from the Danish Agency of Culture and Palaces and the New Carlsberg Foundation, Fuglsang Art Museum now adds the painting to its collection. 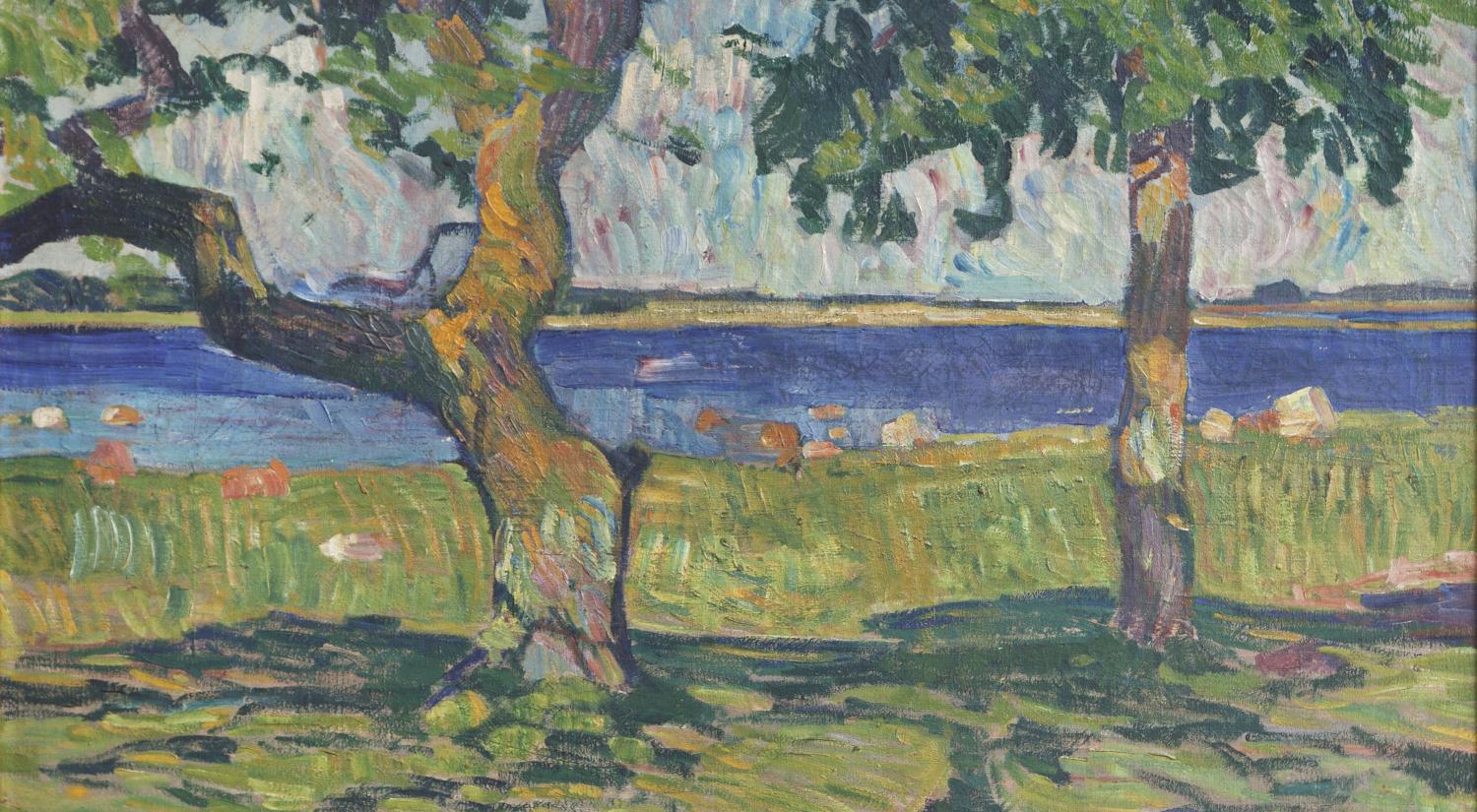 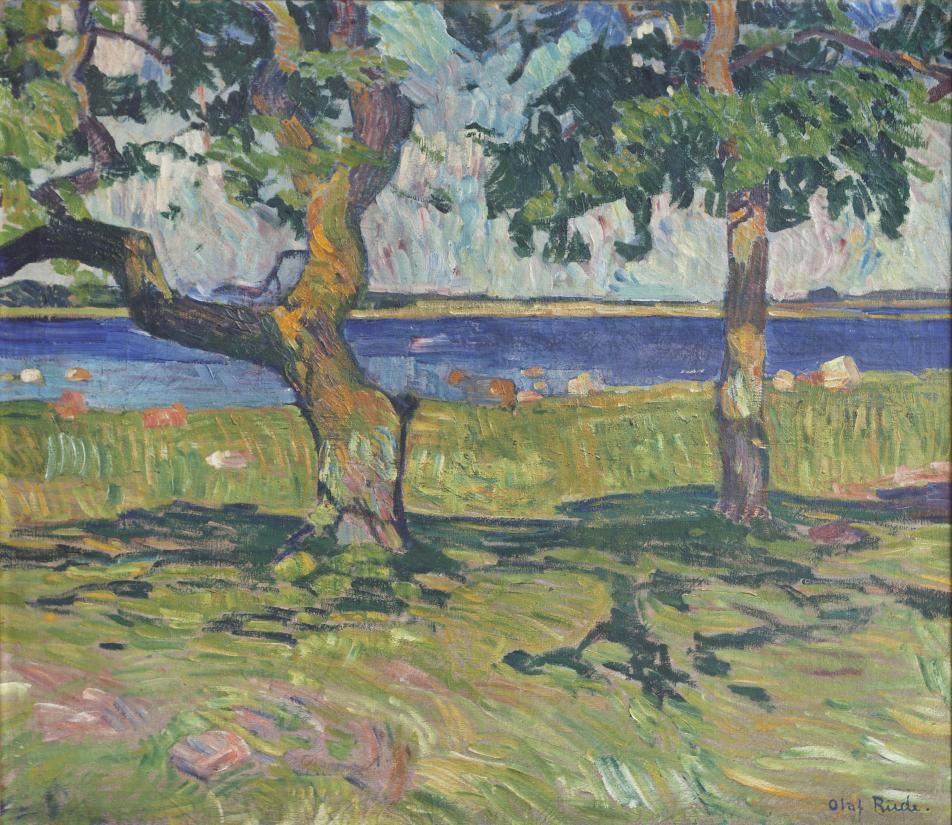 Olaf Rude grew up near Fuglsang Manor, and as a child he spent many hours in the surrounding nature area of Skejten. The now protected area, with its salt marshes, ice-age monoliths and 18th-century oaks, was a recurring subject in the Rude’s work.

Rude depicted Skejten in watercolours and atmospheric paintings during the first decade of the 20th century and in large watercolour studies for his monumental decorative project Danish Landscape in the Chamber of the Danish Parliament from 1954. This decorative project marks the culmination of Rude’s Skejten works and illustrate how the landscape served as the source of formal and content-focused studies for half a century, from the artist’s early years to his late works.

Landscape. Skejten represents an important aspect of the history of Fuglsang Kunstmuseum and illustrates how the museum, with its location within the Fuglsang Estate, resides in the very setting that is depicted in the colourful painting.

With clear traces of postimpressionism, Landscape. Skejten stands out in comparison to Rude’s other Skejten pieces. During a sojourn in Paris, Rude had experienced the new trends in French art first-hand. The painting stands in contrast to Rude’s more naturalistic or symbolistic Skejten paintings, sparking associations, in particular, to the contemporary painter Oluf Hartmann, who also portrayed the Skejten area. Hartmann’s interpretations of the local sceneries were more expressive, like Landscape. Skejten, and are also included in Fuglsang Kunstmuseum’s collection.

‘It’s wonderful that we have now secured the piece for the Danish public and brought it “home” to Fuglsang Kunstmuseum, where it so clearly belongs! It is an important piece by Olaf Rude; an accomplished synthesis of a local subject that was familiar to the artist, who grew up near Fuglsang, represented in a glorious summer palette and lively brushstrokes. The painting is an exemplary Danish manifestation of the postimpressionism that Rude had witnessed and been inspired by in Paris earlier that year,’ says Anne Højer Petersen, Director of Fuglsang Kunstmuseum.

Rude (1886–1957) was born in Estonia but moved to Lolland as child with his family. Rude mainly painted landscapes and is best known for his paintings of natural sceneries on Lolland and the Danish island of Bornholm. A passionate watercolour artist, he likened watercolour painting to writing a poem or keeping a journal. Rude drew inspiration from Cézanne but also had a cubistic period before returning to a more colouristic treatment of landscapes. He belonged to the classic modernist movement, which around the time of the First World War focused in particular on the formal aspects of panting rather than on accurate representations of nature.