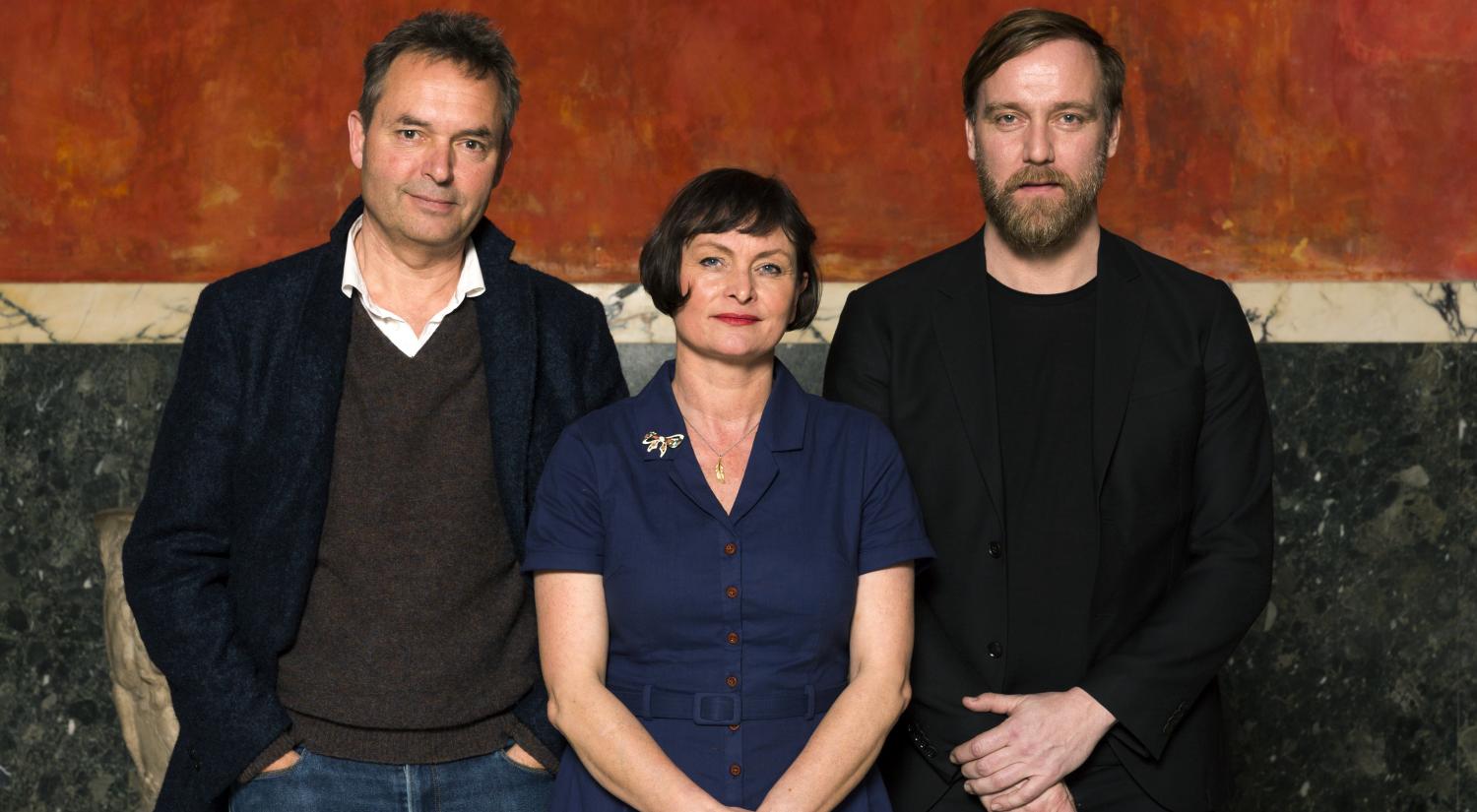 From board member Morten Kyndrup’s speech at the award event:

‘Julie Nord’s work is both easily accessible and hard to walk away from. It has a familiar feel, yet it’s full of barbs. Her works are permeated by this distinctive ambiguity. Not elegant or discreet but a “take it to the limit” ambiguity. We encounter maximal cliché and maximal barbs or shard of glass in one and the same gesture.’

From board member Stine Høholt’s speech at the award event:

‘Jesper Just has made it his mission to create works that lay bare the heart and soul for all to see. He has a way of exposing our innermost core: vulnerability, hope, love. Jesper digs deep and has an epically wide reach. His films are mysterious like myth but still explain all the things that life is about.’

From board member Stine Høholt’s speech at the award event:

‘Poul Erik Tøjner’s approach to his work differs from that of most museum directors: he edits Louisiana. He has a sense for what is happening and what moves us. He has an eye for artistic necessity. With a grasp that is wide enough both to embrace art and to fly over it in new ways, Poul Erik manages, year after year, to create a bespoke exhibition programme that has it all – and then some.’

To mark the birthday of brewer Carl Jacobsen, the founder of the New Carlsberg Foundation, on 2 March, the foundation annually hands out Danish art awards at a reception in the Assembly Hall at the Glyptotek.

With the art awards, the foundation celebrates individuals who make a special contribution to the Danish art and museum world. An award momentarily translates many years of hard and persistent effort into an event, here and now.