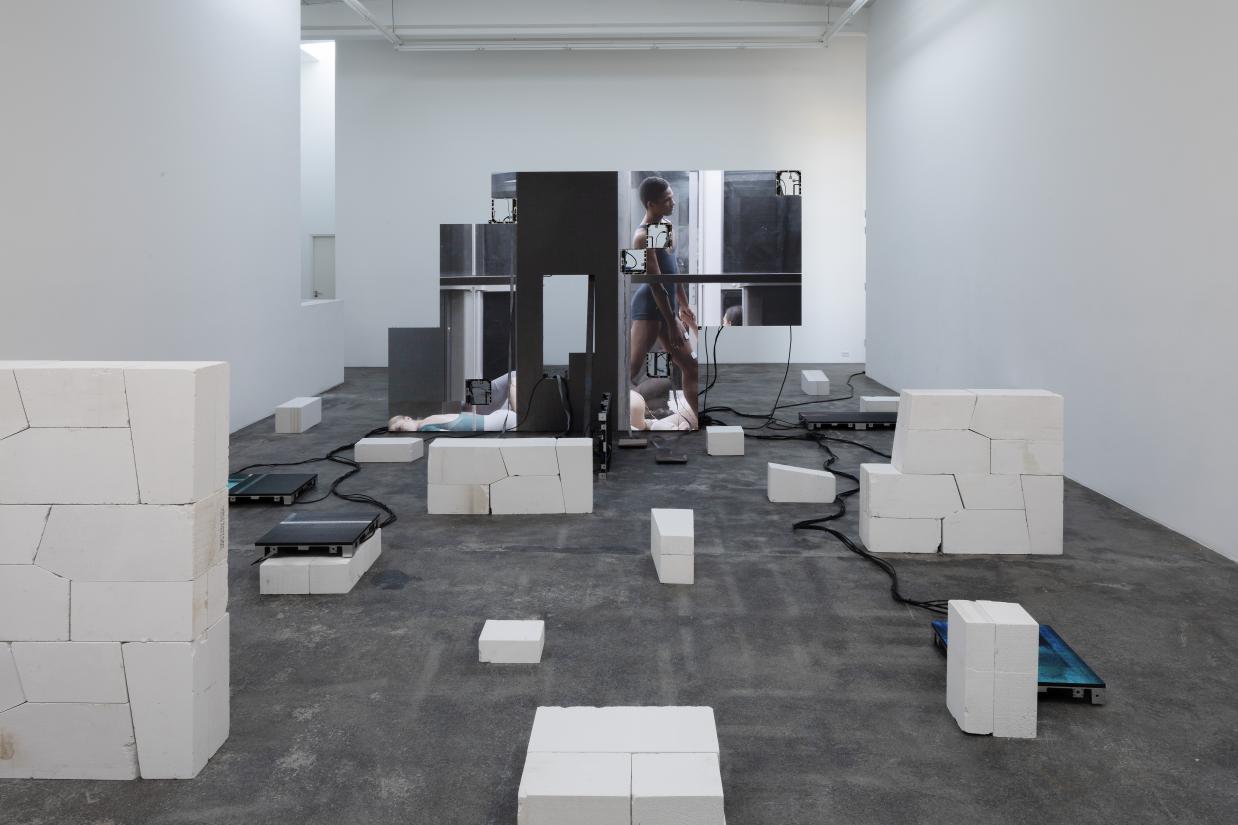 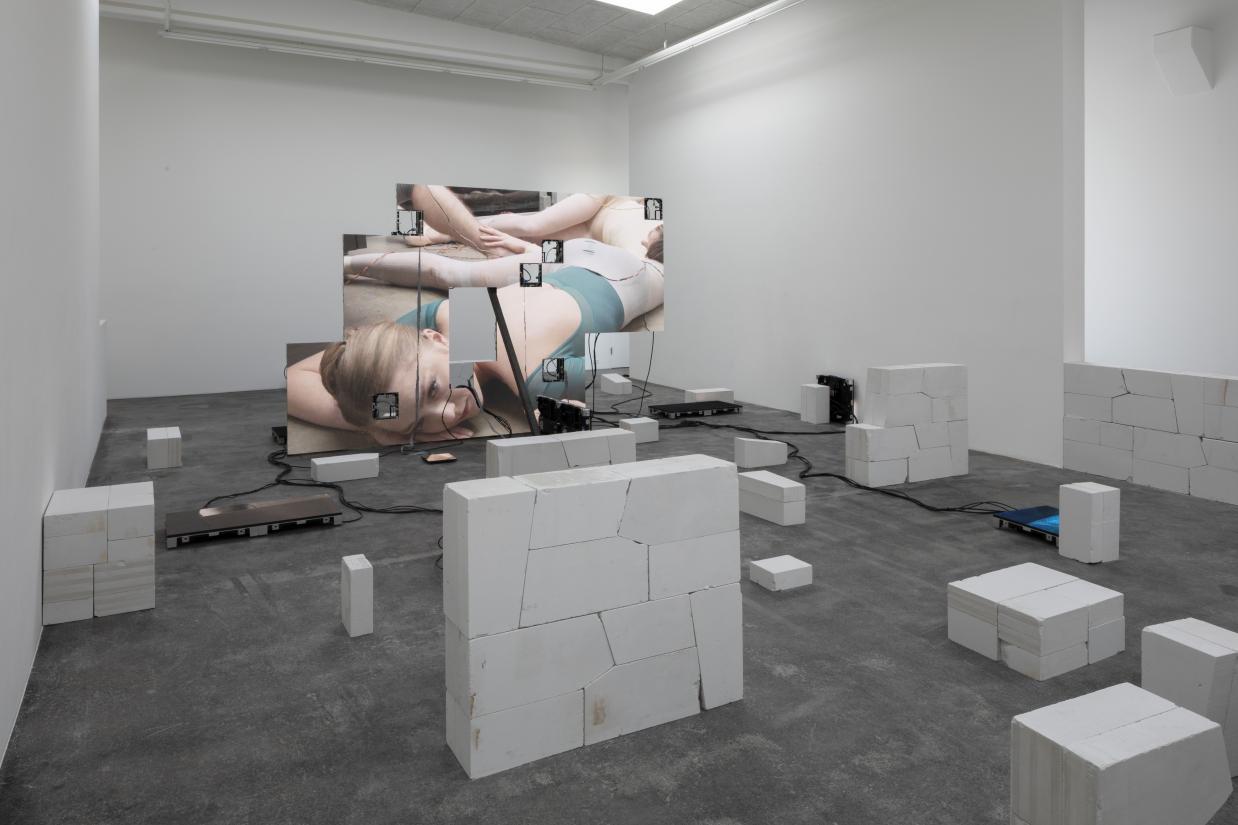 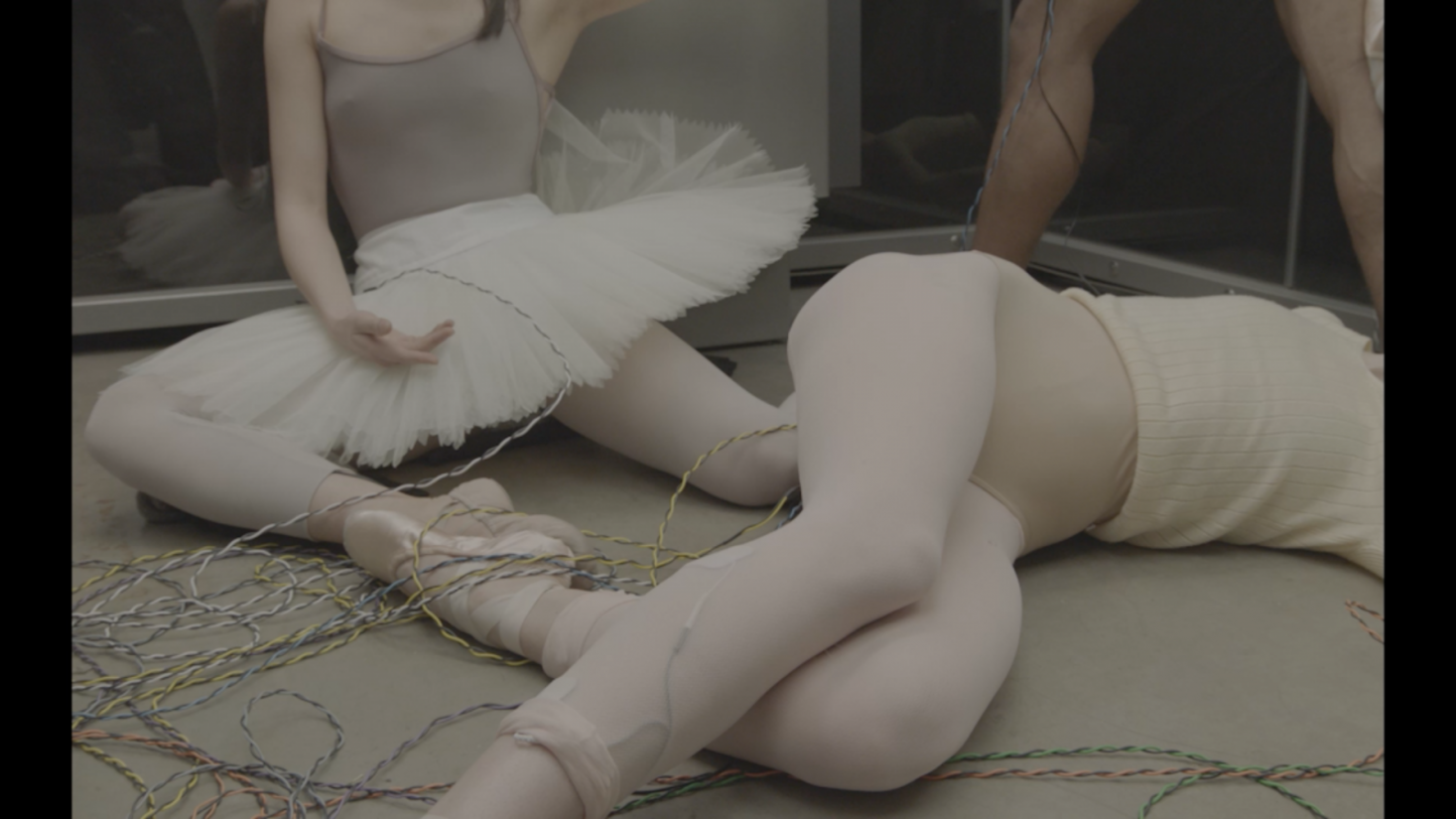 The video featured in Circuit (Interpassivities) builds on Just’s performance with the dance company CORPUS at the Royal Danish Theatre in 2017. Here, a crew of Polish workers dismantle the stage floor while the dancers and the audience moved around on the gradually dissolving surface. In the new piece the dancers are seen lying down, static, close together in an architecture made of glass walls.

A free-standing fragmented screen is placed in the middle of the room. Around it lie scattered concrete blocks, like pieces of a jigsaw puzzle waiting for someone to put them together. The screen shows five dancers in varying close-ups. They lie entangled on the floor, holding hands. Electric cords are connected to the muscles in their limbs. In the background, a beautiful melancholic piano improvisation plays in varying intensity. As the title suggests, the dancers are part of a closed circuit of interconnected parts. Gradually, it becomes clear that the notes from the piano send electric impulses through the cords that in turn make the dancers’ limbs twitch. The normally so disciplined bodies are temporarily taken over by the musical improvisation, the graceful movements of ballet dancing replaced by involuntary jerks and twitches.

In the video we are allowed to gaze on the ballet dancers’ sculptural bodies as the camera zooms in and lingers. We sense the skin, the delicate hairs on the skin and pastel-coloured silk and nylon. There is a peculiar absence of life, energy and dance, the dancers put on standby in an exhibition space where the music literally provides the impulses for the limited range of movements.

Jesper Just (b. 1974) graduated from the Royal Danish Academy of Fine Arts in 2003. In 2019, Kunsthal Charlottenborg presented a solo exhibition featuring, among other exhibits, his extensive video installation Servitudes, which premiered at Palais de Tokyo in Paris in 2015. That same year, Servitudes was shown in the iconic billboards in Times Square in New York, and today it is part of the permanent collection at the Metropolitan Museum of Art in New York thanks to a donation from the New Carlsberg Foundation. Just was awarded the New Carlsberg Foundation’s Artist Grant in 2019. He lives and works in New York. 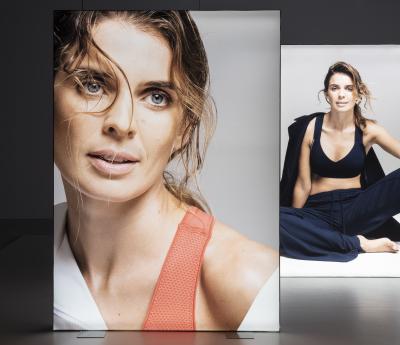