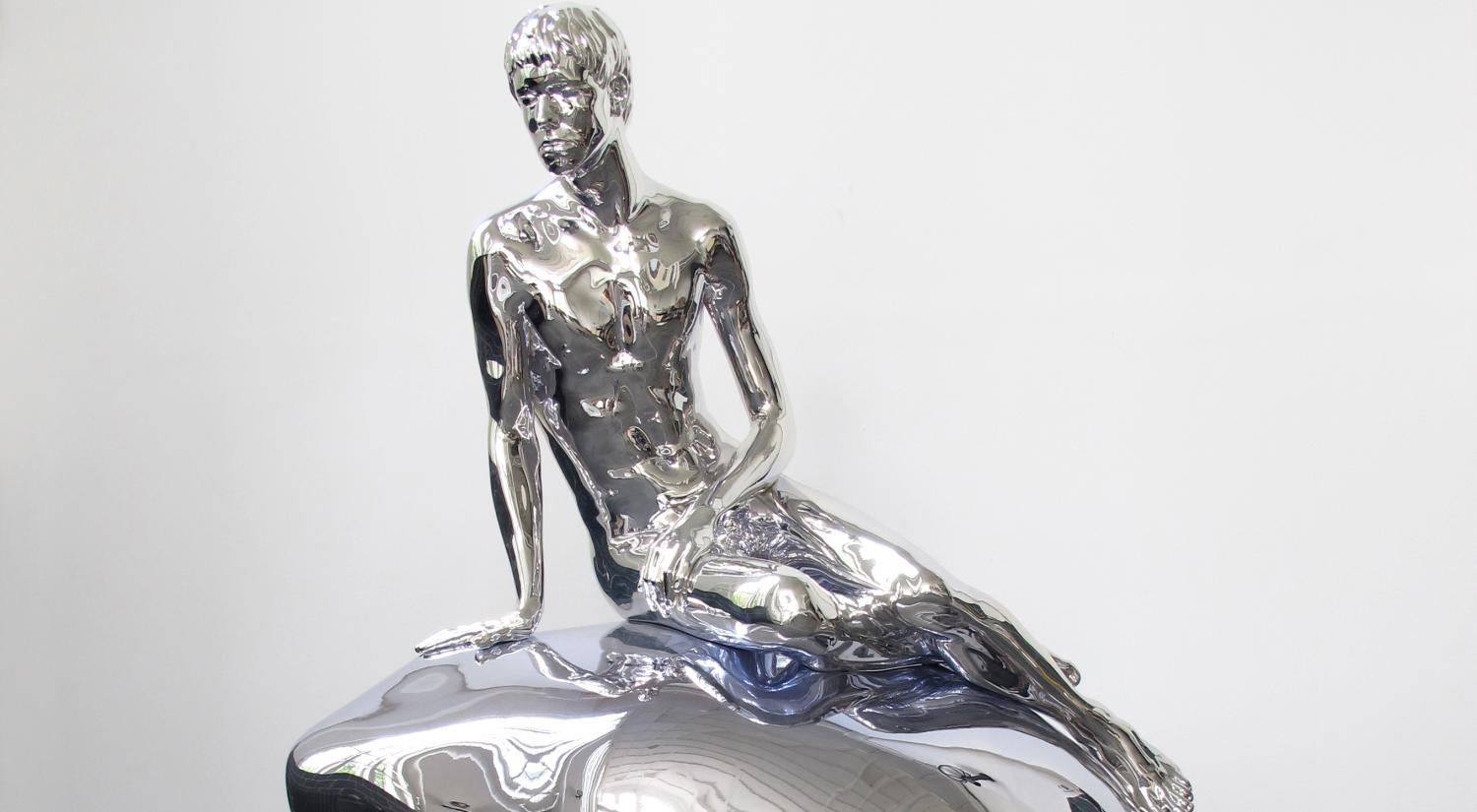 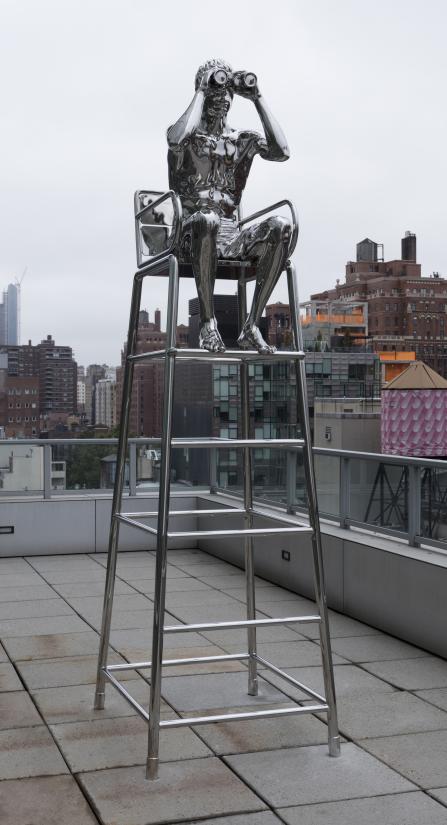 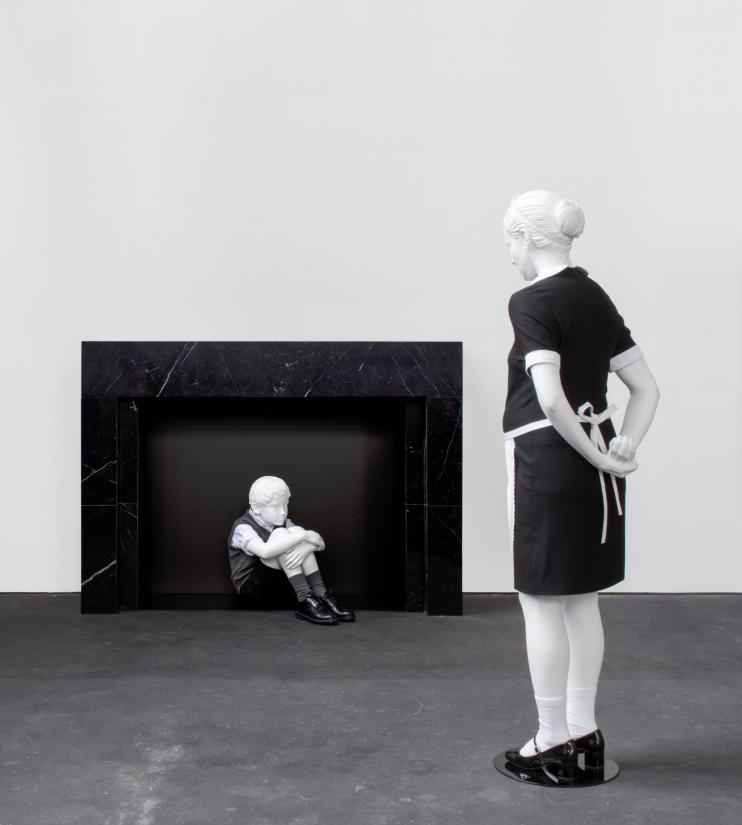 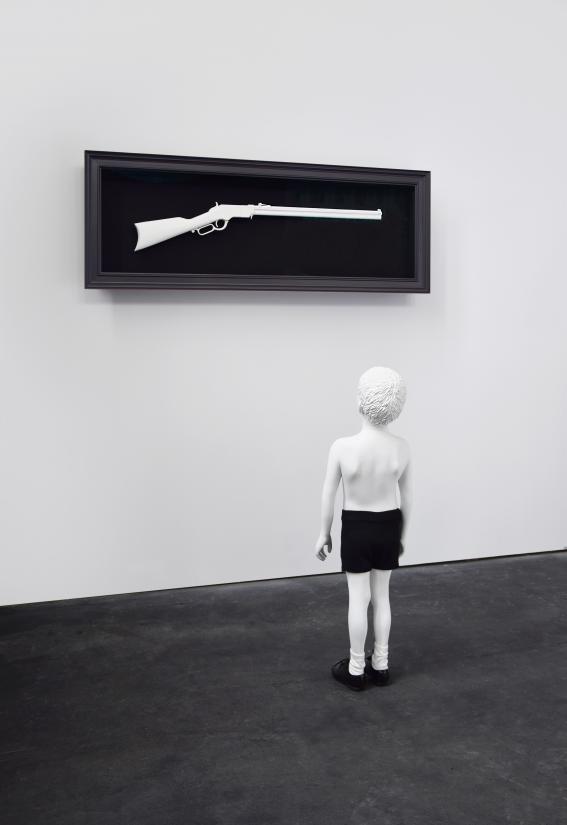 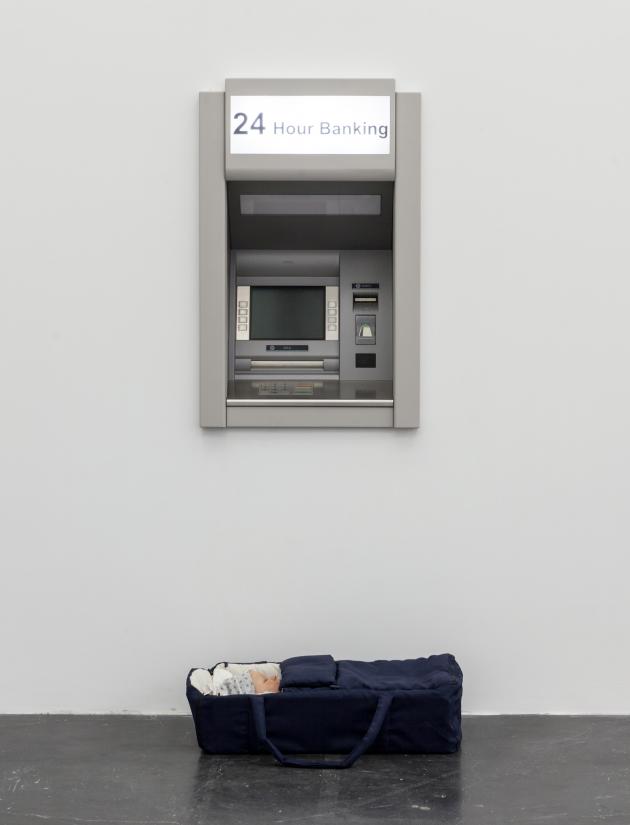 The exhibition is focused exclusively on Elmgreen & Dragset’s sculptures and illustrates the duo’s use of varying aesthetics and methods, not least their experiments with post-minimalism, conceptual strategy and the figurative sculpture tradition. Elmgreen & Dragset’s sculptures often contain performative and narrative elements that directly address personal, social and political topics, such as youth and age, the rights of homosexuals and the privatization of the public space.

The comprehensive and richly illustrated exhibition catalogue covers the breadth of Elmgreen & Dragset’s sculptural production from the mid 1990s until today. The visual structure of the catalogue, titled ‘Sculptures’, revolves around the aesthetic and conceptual methods that the artists have applied throughout their career. Five in-depth essays, including an introduction by the exhibition curator, Leigh Arnold, approach the duo’s practice from a variety of art-historical and thematic perspectives. The papers explore Elmgreen & Dragset’s works in relation to politics, freedom of speech, queer figurations and the public realm.

The Danish artist Michael Elmgreen (b. 1961) and the Norwegian Dragset (b. 1969) have worked together since the mid 1990s. With socio-critical humour they reinterpret the familiar and commonplace in sculptures, installations and performances. Their works are widely represented in museums both in Denmark and abroad, and they have exhibited at institutions and biennales of art all over the world. Last, but not least, Elmgreen & Dragset have staged a number of high-profile projects in the public realm, including a Prada shop in the middle of the desert in Texas, an equestrian statue in London’s Trafalgar Square and the sculpture Han by Kronborg Castle in the coastal city of Elsinore north of Copenhagen. 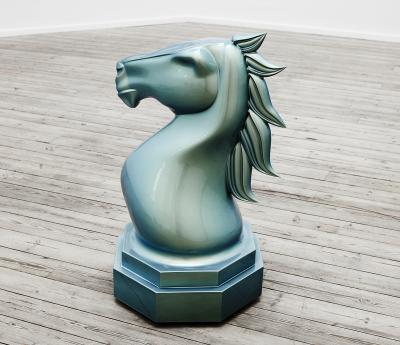 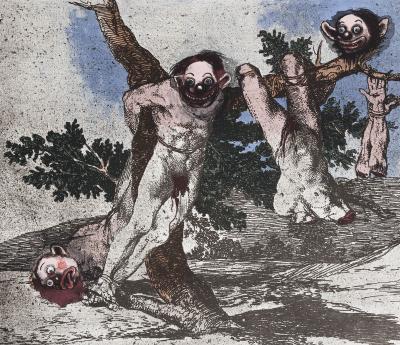 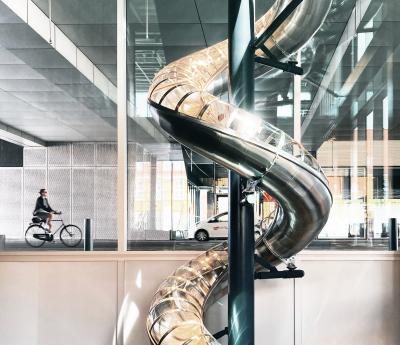 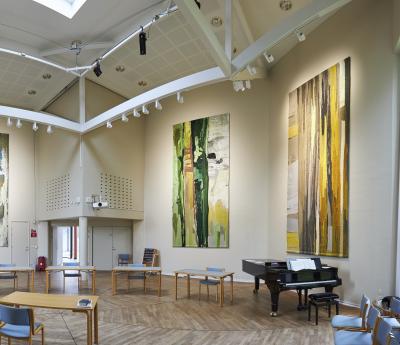