Since late March, Sophia Kalkau has occupied the entire underground floor of Kunsten Museum of Modern Art Aalborg with the grandiose special exhibition ‘The Material and the Egg’. With a donation from the New Carlsberg Foundation, the art museum in Aalborg has now been able to buy two of the principal works from the exhibition for its collection. 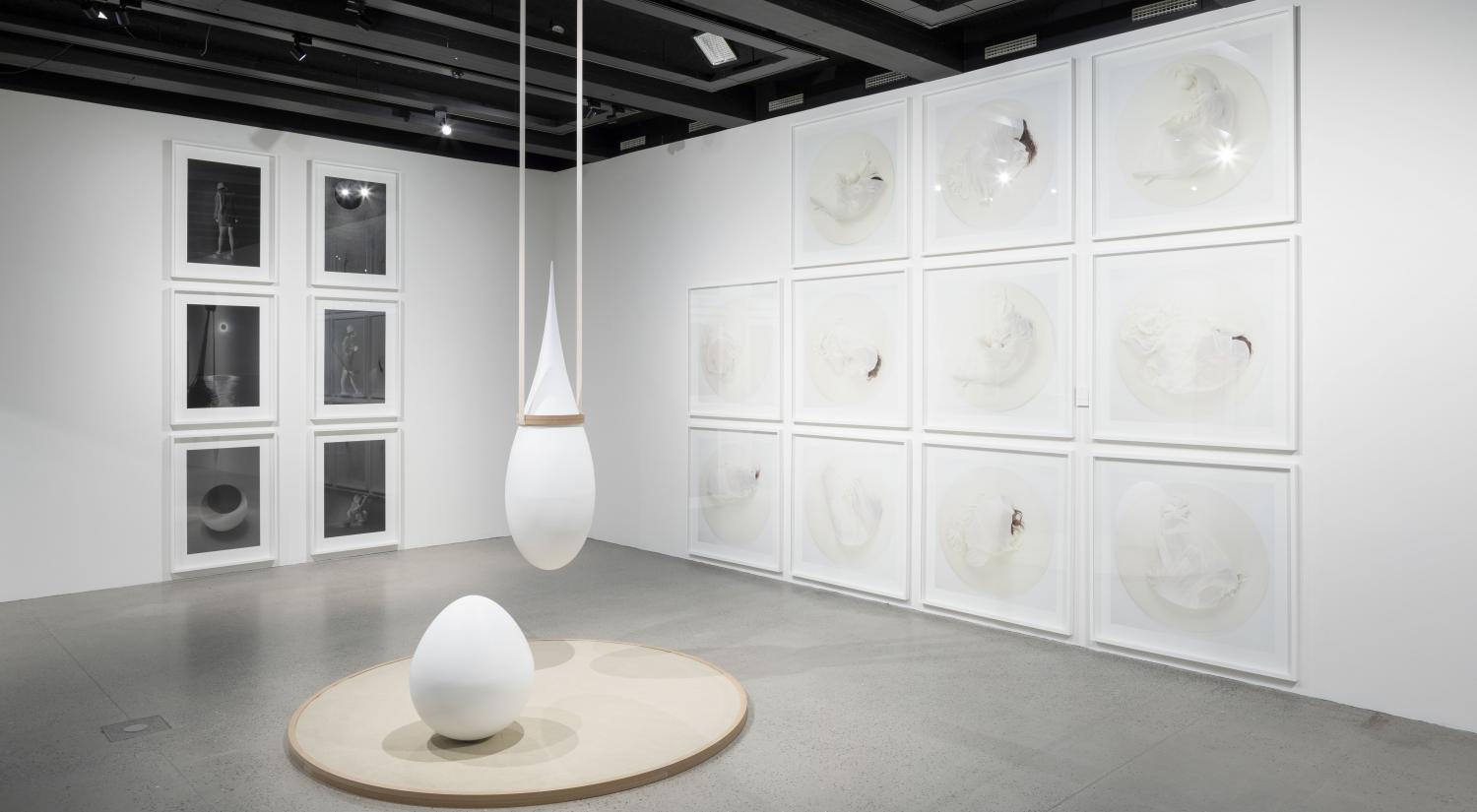 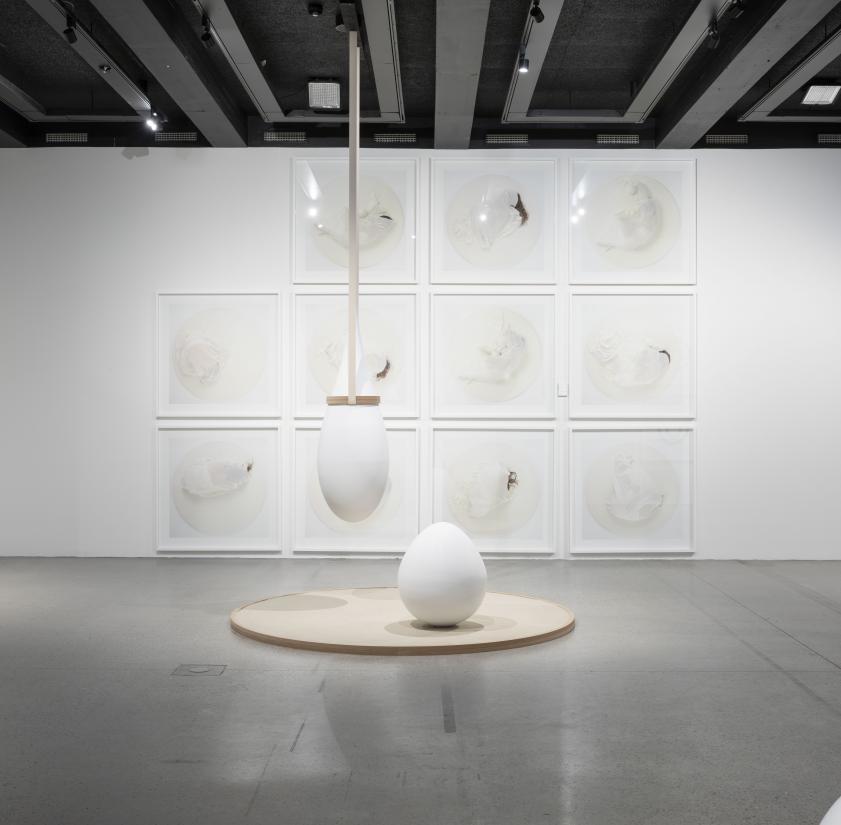 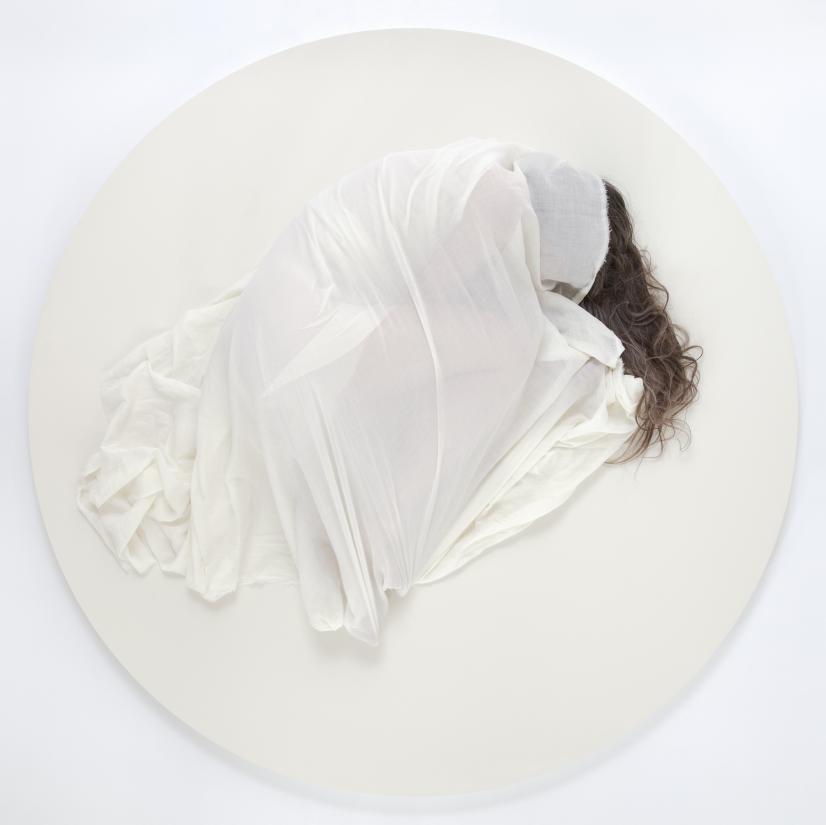 Until 11 August, Kunsten Museum of Modern Art Aalborg presents a retrospective exhibition that includes many of Sophia Kalkau’s principal works from the past 20 years. Always created with unmistakable artisanal perfection, Kalkau’s works typically unfold at the intersection of photography, sculpture and performance. The two pieces that the New Carlsberg Foundation recently donated to the art museum in Aalborg are no exception, and together, they are important examples of Kalkau’s work.

The piece Off White/Solen er Hvid from 2014 consists of 11 square photographs (114 x 114 cm). Combined to form a large composition, the photographs offer a serial, almost filmic presentation of a female figure in various reclining positions inside a large white circle. At first glance, there is a serene, almost sculptural feel to the photos of the woman, who, enveloped in a slightly transparent fabric, appears to be fast asleep. Upon closer inspection, her body appears tense in some of the photos, as if she is being tormented by nightmares. Her body wrests free from the fabric, almost like breaking out of an egg; as if the camera has captured the body in mid-transformation. A quiet dynamic that introduces a performative element into the photo series, which is further underscored by the fact that the person in the photos is the artist herself. Thus, Off White/Solen er Hvid emerges as a captivating examination of the relationship and the friction between sculpture and body.

The sculpture Blow an Egg, which Kalkau created specially for the exhibition at Kunsten, consists of a large white drop shape hanging from the ceiling and a white egg standing in a sand circle. In many creation myths, both the egg and water are symbols of life and fertility. Together, the elements of the sculpture spark thoughts about the big existential issues of birth, maturation, life and death, while the title maintains a certain familiar and down-to-earth dimension by referring to the popular Easter activity. Kalkau found the inspiration for Blow an Egg in the museum building itself. The sculpture’s soft, white forms echo Alvar Aalto’s light, organic structures on the ground floor of the marble building. Placed in the dark subterranean exhibition space, the sculpture’s liquid shape seems to suggest part of the ground floor seeping into the underground space. Or, as Kalkau puts it in the exhibition catalogue:

’When I first saw the new hall, the ceiling was black and all the beams white, it was like being swallowed by a huge whale and walking round in its belly and being able to see the skeleton. Now the while ceiling is black. One of the new works on exhibit, Blow an Egg, almost came by itself. I have allowed a bit of white to drip into the cave, in the warm mouth, in the lower floor –a transformation of Aalto’s snow-white material.’

Sophia Kalkau (b. 1960) graduated from the Royal Danish Academy of Fine Arts in Copenhagen in 1996. Ever since, she has been leaving a mark on contemporary Danish art that is unmistakably hers, characterized by an uncompromising investigation of central and universally human themes. Her artistic expression typically takes its point of departure in the human body and in stylized basic shapes, such as the cube, the orb and the egg – often in pared-down, almost abstract forms but always based on bodily experiences. Kalkau’s works are represented in many Danish art museums, and she has created several decorative projects in the public realm. Throughout her career she has received numerous accolades, including Astrid Noacks Legat (Astrid Noack’s Grant), the Eckersberg Medal and the New Carlsberg Foundation’s Artist’s Grant. 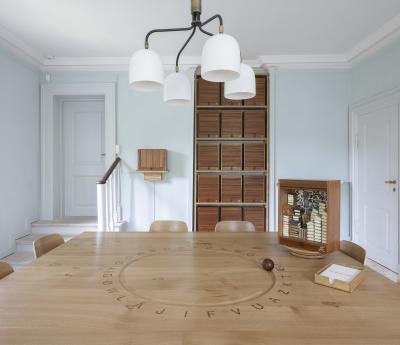 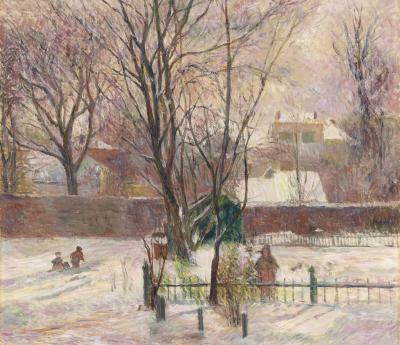 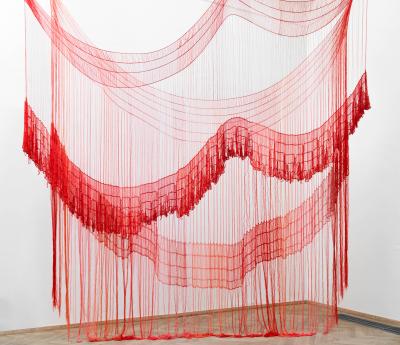