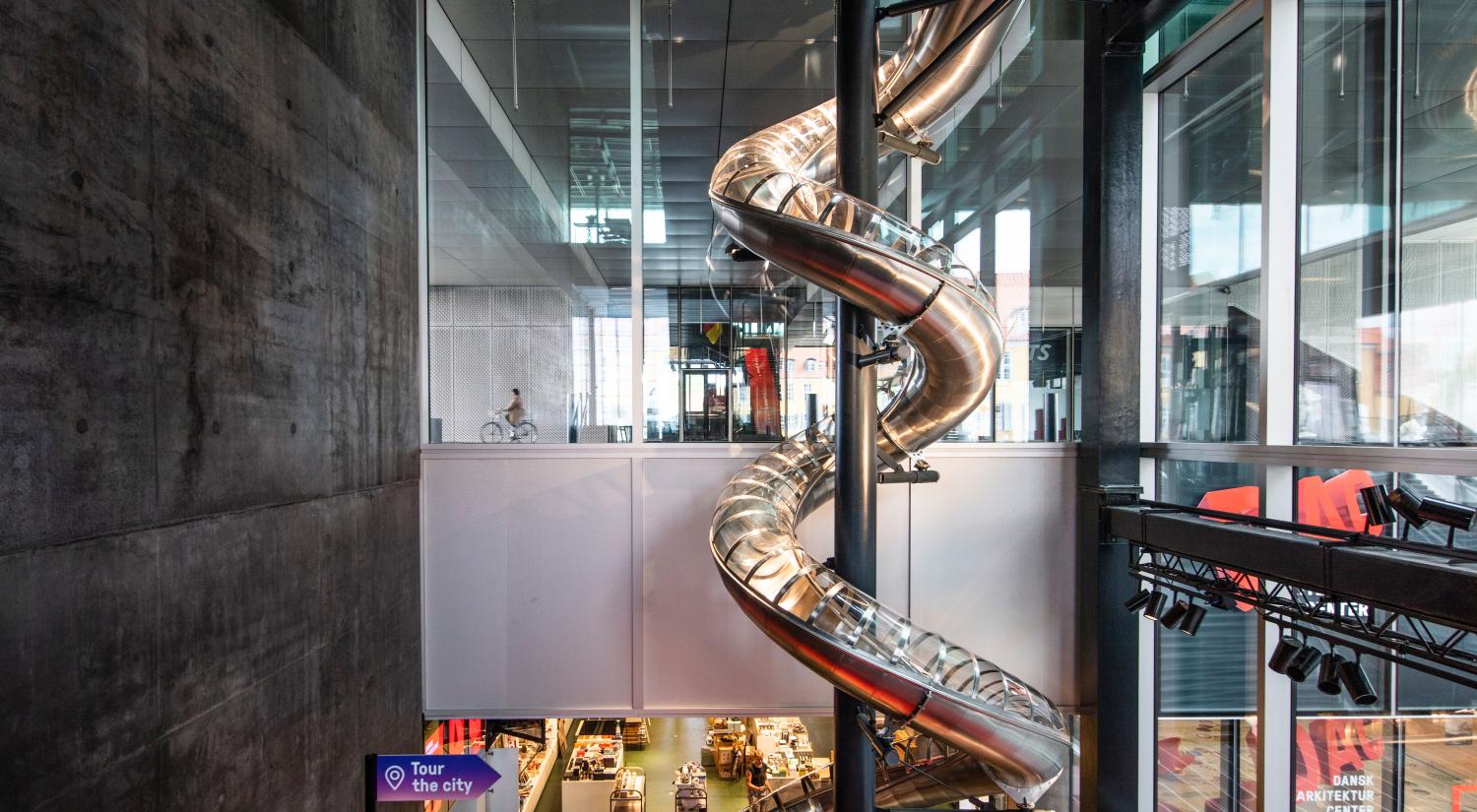 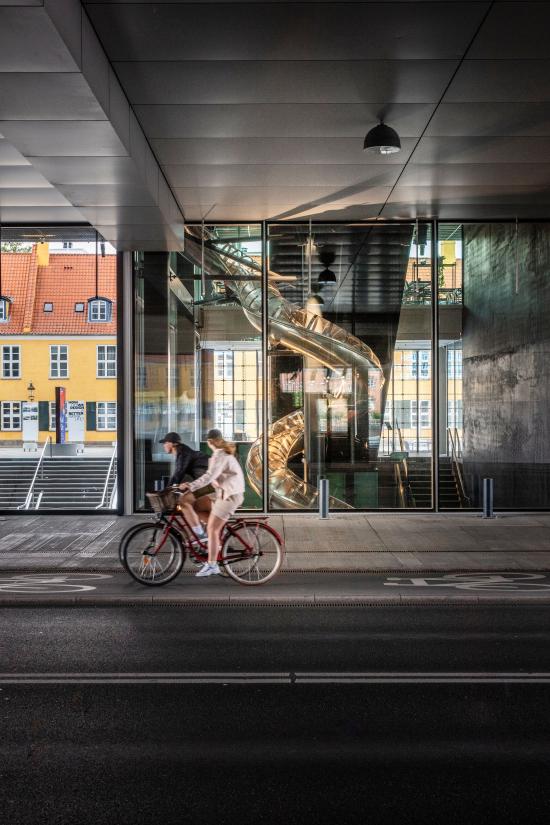 DAC Slide is the name of the permanent art installation developed specially for DAC at BLOX by the German-Belgian artist Carsten Höller. His organic spiral slide adds a new, more human and playful dimension to the industrial demeanour of the building, which is constructed of building blocks made mainly of glass and steel. And for fans of high-speed thrills, the 16-metre tall work of art offers a 40-metre-long ride through the interior of the building.

The simultaneously monumental and playful work of art is the latest in Höller’s impressive series of slides. Since the project began in 1998, Höller’s slides have appeared in museums and exhibition venues around the world, with the Test Site exhibition in the famous Turbine Hall at Tate Modern in 2006 as one of the most ambitious. DAC Slide is the first installation in Scandinavia:

‘It’s an interactive art installation, an attraction, a piece of architecture and a tool that lets you study emotions in yourself and in others,’ says Höller and adds, ‘Why are slides not used in architecture to complement stairs, elevators and escalators? They are fast, safe and energy-savvy – and they produce a sensation in the user that has been described as “a kind of voluptuous panic upon an otherwise lucid mind, somewhere between delight and madness”.’

In addition to funding the commission, the New Carlsberg Foundation also originally suggested Carsten Höller for the decorative project at DAC:

‘In Carsten Höller’s practice work of art and viewer are fused into one in a playful, unpretentious manner. Furthermore, Importantly, in addition to the immediate experience, it also offers new perspectives on the world and our own routines. In that light, Höller and the Danish Architecture Center seem a perfect match, and it already seems almost impossible to imagine BLOX without the DAC Slide,’ says Christine Buhl Andersen, chairwoman of the New Carlsberg Foundation.

Carsten Höller (b. 1961) is known for his radically experimental approach to art, which has made him a leading figure in the international art scene. Playground, zoo and amusement park elements are often featured in Höller’s works, which typically seek to involve the audience as active participants. Höller holds a doctorate in agricultural science, and his scientific background is a key influence in his artistic practice, although the latter often reflects a critical approach to the prevailing materialist worldview. Höller has exhibited at some of the most prominent museums around the world, including solo exhibitions at Centre Pompidou in Paris, Hamburger Bahnhof in Berlin, Palazzo Strozzi in Florence and the Guggenheim Museum and New Museum in New York.