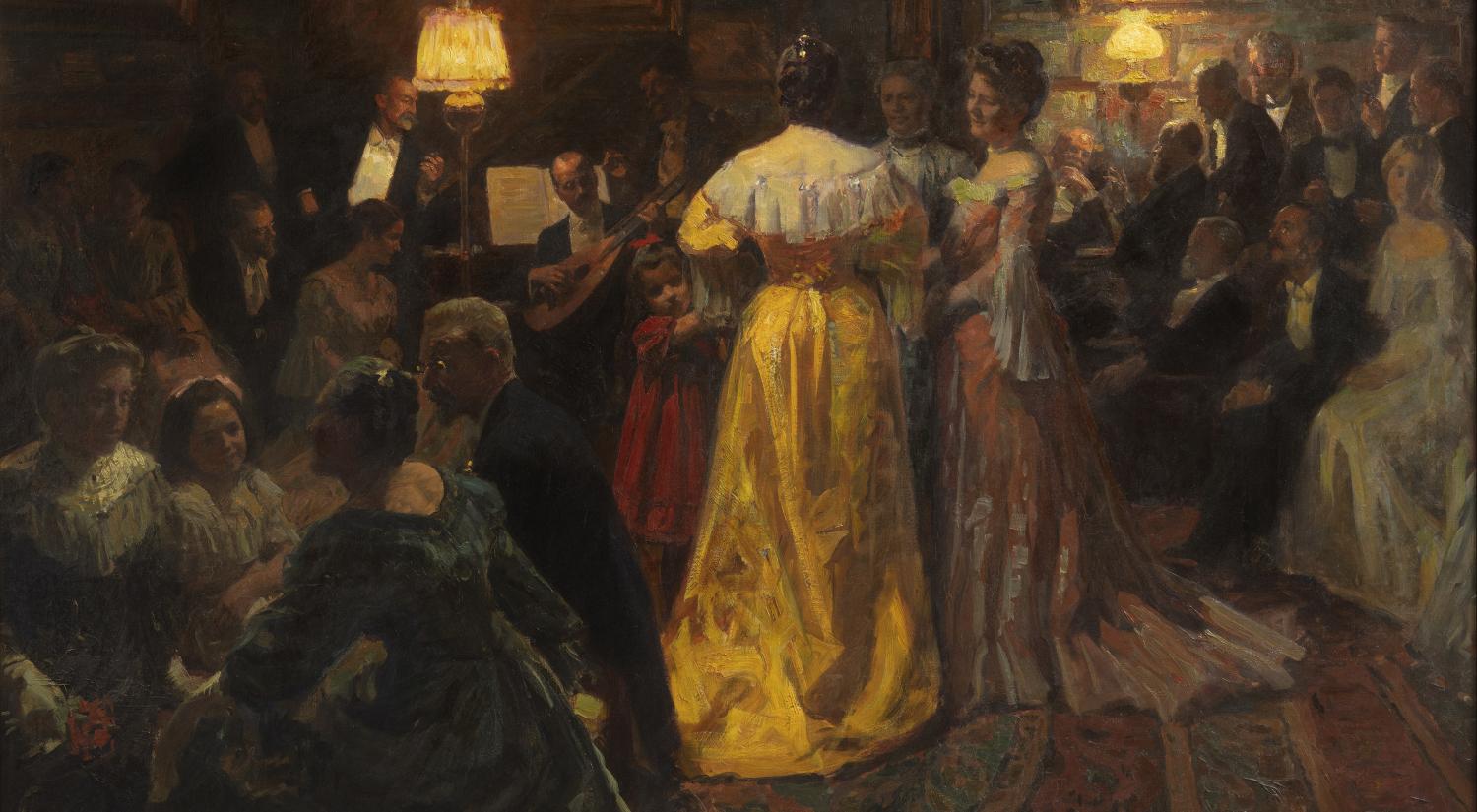 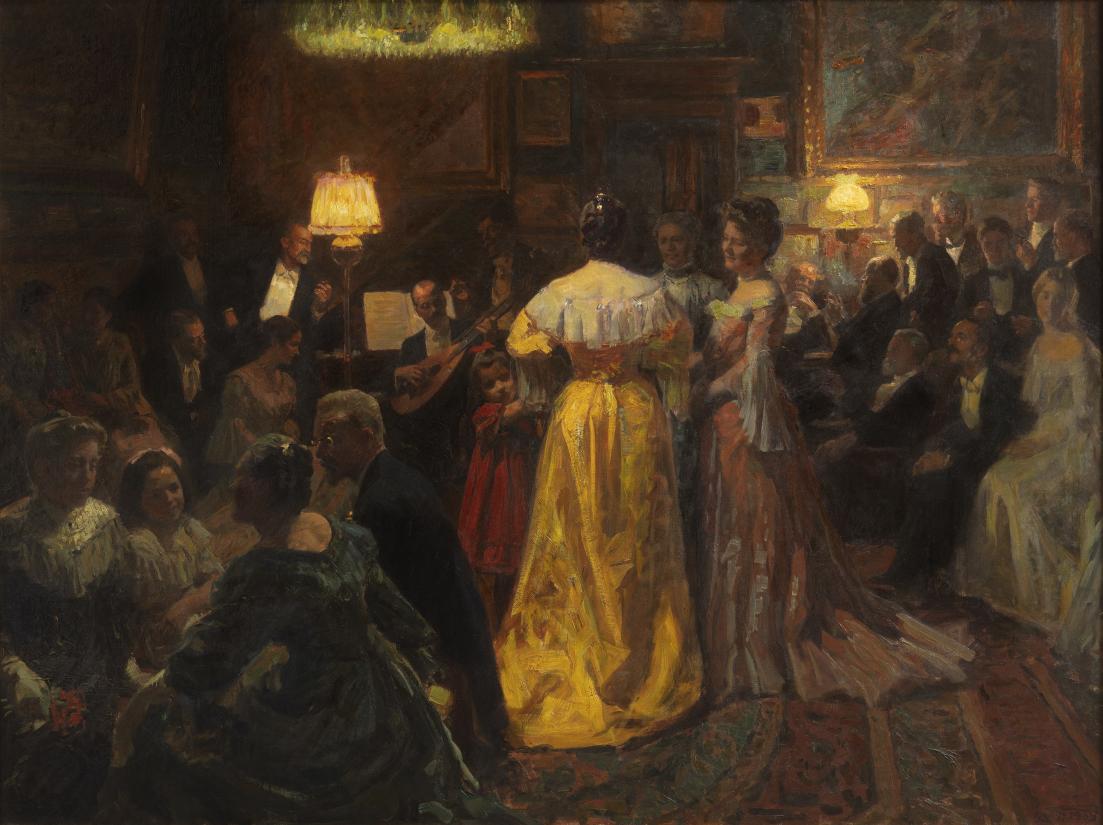 Thanks to a donation from Augustinus Fonden and the New Carlsberg Foundation, Art Museums of Skagen recently added Laurits Tuxen’s large painting Aftenselskab i Atelieret på Strandvejen to the collection. Immediately after it was completed in 1905, the painting was sold to a private buyer, and ever since it has remained in the ownership of the same family: ‘This is a very important piece by Laurits Tuxen, and it perfectly complements our collection of works by the Skagen painters. We have known about the painting for many years, and it has been high on our wish list,’ says Lisette Vind Ebbesen, director of Art Museums of Skagen.

Aftenselskab i Atelieret på Strandvejen is a large group portrait showing the guests at a festive event that, as suggested by the title, took place in the artist’s villa on Strandvejen 24. Even though the setting is his private home in Copenhagen, Tuxen’s large group painting shows his close connection with Skagen. Apart from the artist himself, the large group includes Anna and Michael Ancher and P. S. Krøyer – all part of the inner circle of the Skagen painters. The festive scene was painted four years after Tuxen had again begun to spend time in Skagen, which is also not without importance for the expression of the picture. In fact, Tuxen was a pioneer Skagen painter, first rounding the small fishing town as early as 1870. However, a sojourn in Paris and, not least, extensive travel in connection with his large commissions from royal and princely courts around Europe disrupted his close connection with the artist’s colony for a couple of decades from the early 1880s.

The women steal the scene

As a figure composition Aftenselskab i Atelieret på Strandvejen marks a break with the rather rigid and solemn expression that characterizes Tuxen’s work as a portrait artist to the nobility. The scene from Strandvejen is much more intimate and relaxed, a feel that is further brought out by Tuxen’s looser brushstrokes. And notice the women! While the two lamps in the background of the scene are only there to provide a sense of depth and show the size of the group, the chandelier acts as a spotlight, highlighting the women guests. The women may be outnumbered by the men, some of whom are recognizable as individuals. However, as a group, the men appear as a rather uniform mass in white tie and tails, while the women are much more distinct and personal. A movement unfolds from the little girl seated in the left corner of the picture to the women in the centre, where Tuxen, using colours and light, allows them to steal the scene.

Originally, Tuxed hoped for a career as a marine painter. However, at the Royal Danish Academy of Fine Arts, he was regarded as one of the most talented students, alongside P. S. Krøyer, and was therefore encouraged to aim for what was then the most distinguished genre: figure painting. After intensive studies in Skagen from 1870 together with the growing group of Skagen painters, Tuxen turned his gaze to Copenhagen and the larger world. He engaged in further studies in Paris and was the initiator of Kunstnernes Frie Studieskoler (The Artists’ Free Study Schools) in Copenhagen. Large commissions from European princely and royal courts took him far afield. Among others, Tuxen painted portraits of Christian IX and Queen Louise, the British Queen Victoria and the Russian Tsar and his family. From 1901 Tuxen was back in Copenhagen and also bought a summer home in Skagen. From then on, his interest lay with subject matters close to home: landscape, garden, family, friends.