Until 23 September, one of France’s biggest museums of modern art presents a large retrospective exhibition about the Danish artist Sonja Ferlov Mancoba. In addition to funding the exhibition catalogue, the New Carlsberg Foundation recently donated one of Ferlov Mancoba’s principal works to the Parisian museum. 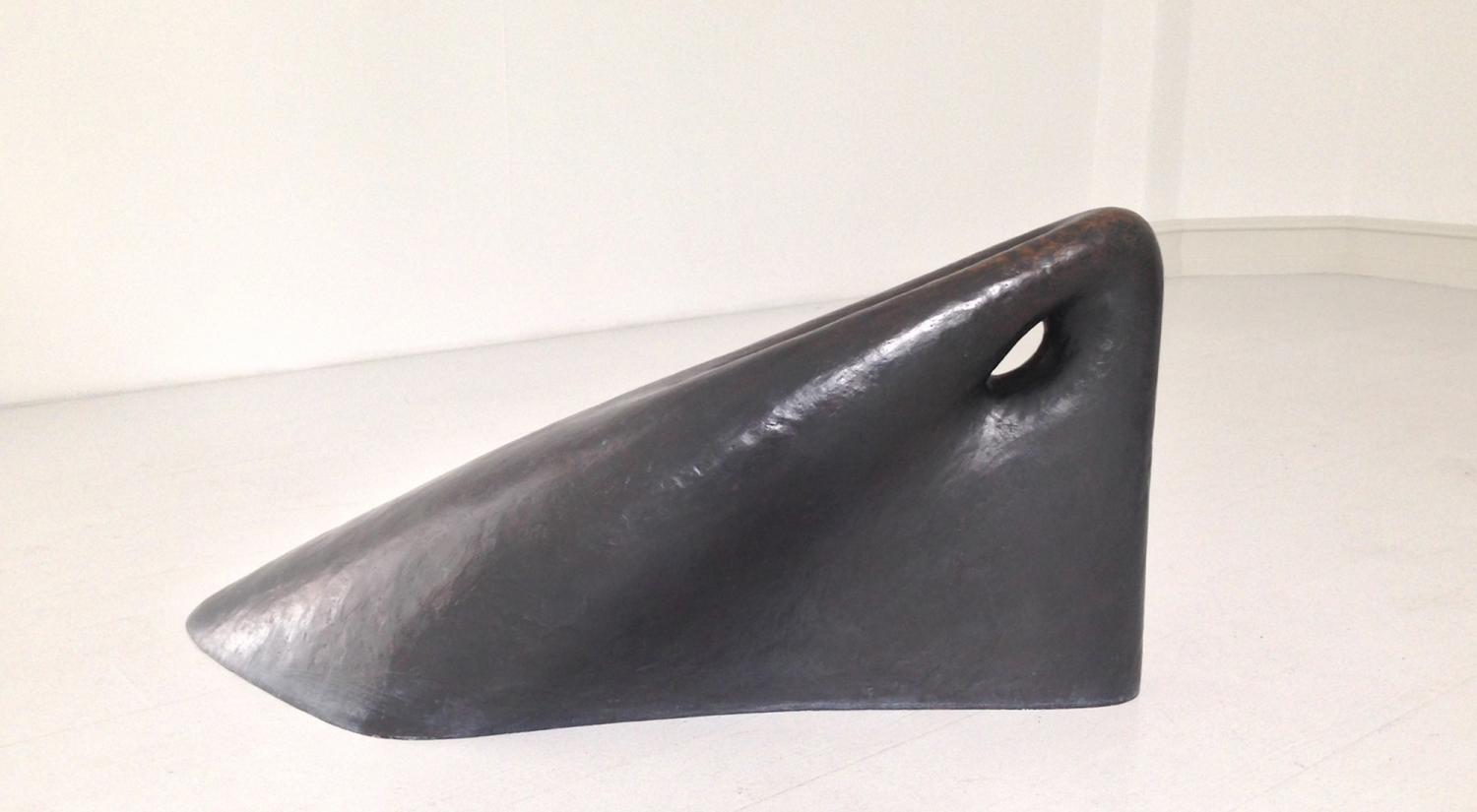 The Danish sculptor Sonja Ferlov Mancoba lived and worked in Paris for most of her life. Both as an artist and in life, she had a keen interest in global culture and was a soft-spoken but strong advocate of a global outlook and solidarity across cultures and geography. She was highly regarded by other contemporary artists but was not widely known to the general public during her lifetime.

Now some of the sculptures that were in her home and studio in Rue du Château in Paris have returned to the French capital. The exhibition ‘Sonja Ferlov Mancoba’ at the Centre Pompidou presents more than 50 sculptures and 60 drawings by the Danish artist, exposing the line that runs through her impressive life’s work.

Among the many pieces on display, Sculpture 1940–46 occupies a particularly central position in the Paris exhibition. The piece, which was donated by the New Carlsberg Foundation to the Centre Pompidou in 2018, is considered one of Ferlov Mancoba’s principal works. The artist herself also saw it as a turning point in her work, as a ‘mother of everything that follows ...’

As indicated by the title, Sculpture 1940–46 was mainly created during the war. A period that for Ferlov Mancoba personally was defined, in particular, by the internment of her husband, Ernest Mancoba, by the German occupying forces in France, her pregnancy and, not least, her horror at Nazism. The bronze sculpture is intended as a summary of and a monument to the many impressions from the war; registrations that gradually, over the years, were moulded into a finished expression.

In fact, the image is one of growth. Despite its static character the organic triangular form in Sculpture 1940–46 exudes an air of movement. Like a creature stretching its back it rises from the floor, as if it were driven by an inner pressure; a pent-up energy pushing against the boundaries of the form. Ferlov Mancoba described the sculpture as a ‘bud that has not yet opened’. A bud or a chrysalis, carrying anticipations and hope for the future inside, quietly whispering that something new is on the way.

The exhibition at the Centre Pompidou was developed in a close collaboration with SMK, the National Gallery of Denmark, where more than 70,000 visitors saw the exhibition earlier this year. The New Carlsberg Foundation also supported the catalogue for the exhibition in Copenhagen and donated some of Ferlov Mancoba’s late works to the gallery. Read more.

Sonja Ferlov Mancoba (1911–84) was born in Denmark, and during the 1930s she was active in the environment associated with the artists’ group Linien (The Line), which was strongly influenced by surrealism. In 1936, at the age of 25 years, Ferlov Mancoba went to Paris, where she settled and established a studio next to Alberto Giacometti’s. Although Ferlov Mancoba set out as a painter, sculpture became her primary medium. As a sculptor she developed a unique idiom of her own influenced by her interest in non-Western cultures.