For many years, the Danish Church in Paris has wanted to install an altarpiece in the bright rectangular church space. With a grant from the New Carlsberg Foundation, Jesper Christiansen has now created a vertical altarpiece in two sections that draws on imagery from the stories about Jesus in the Garden of Gethsemane. In rich detailing, Christiansen has created a large vertical landscape that invites the viewer to go exploring. 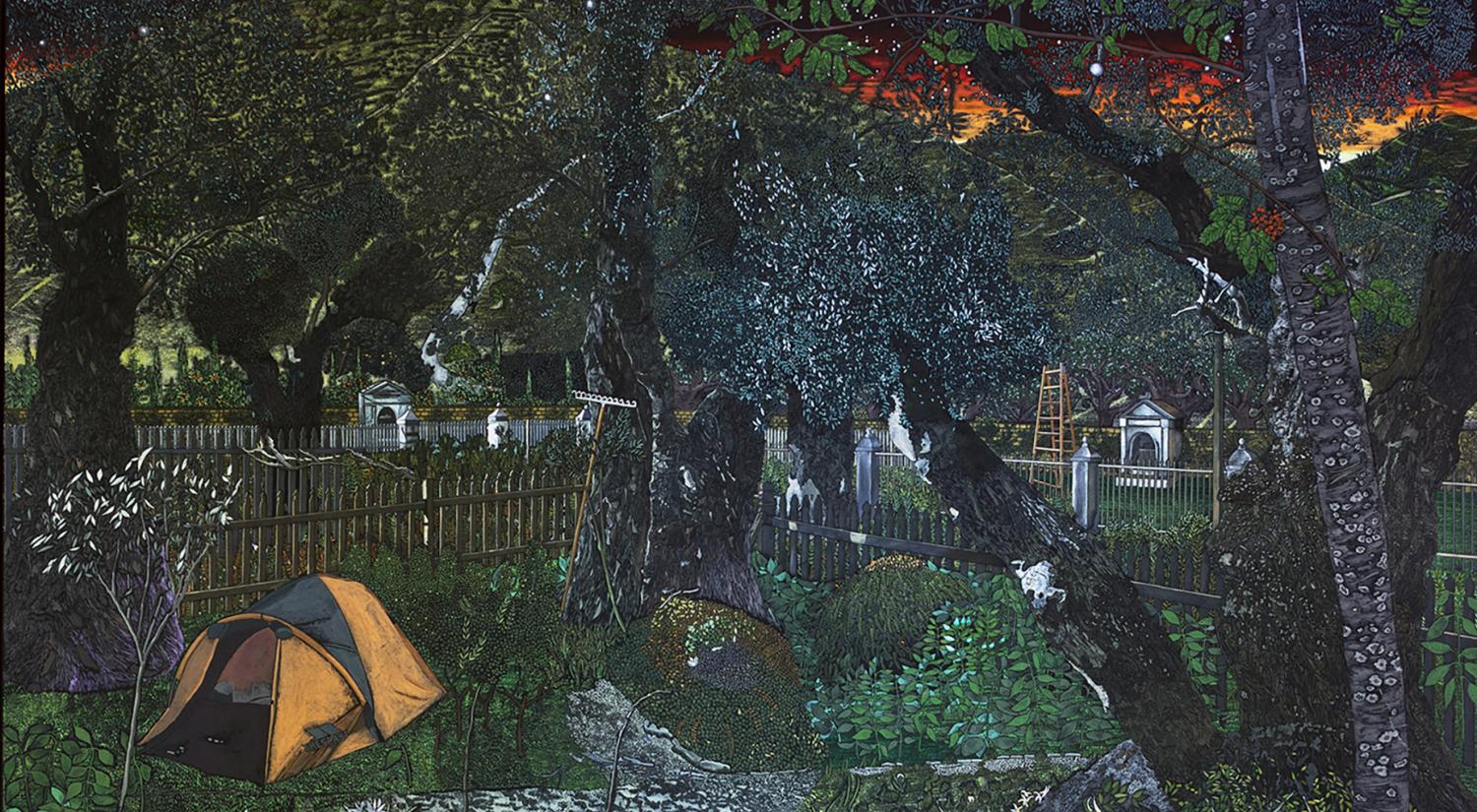 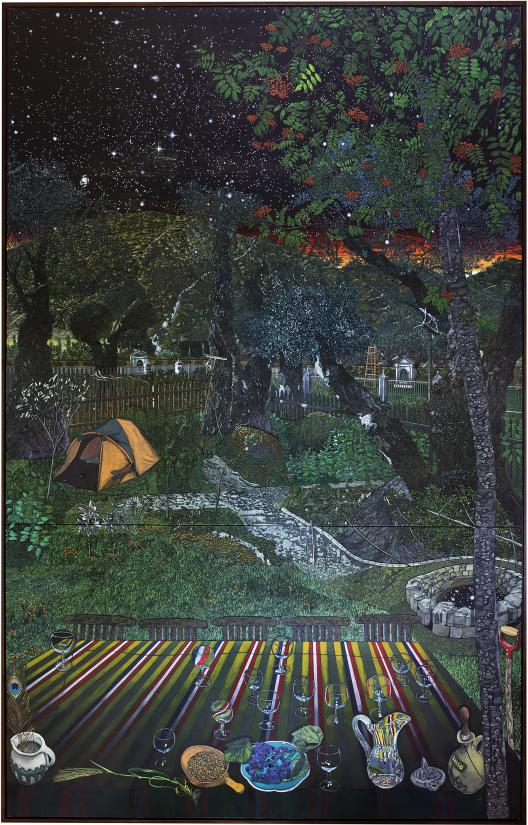 Jesper Christiansen. Skyggeflor/Gethsemane Have (Shadow Veil/Garden of Gethsemane), 2019. The Danish Church in Paris

Like all Jesper Christiansen’s paintings, the altarpiece is devoid of people, but the orange tent on the lawn, the empty wineglasses and the randomly placed tools makes room for human activity. Thus, the altarpiece suggests a stage set, giving the viewer a sense of being able to step directly into the painting. The wealth of detail further makes it impossible to fully take in the altarpiece in a single glance. Instead, one must patiently explore its symbolically charged landscape.

‘It is a great pleasure for us at the New Carlsberg Foundation to have been able to help ensure that the Danish Church in Paris finally has the altarpiece it has been lacking, and which it deserves. Jesper Christiansen was initially reluctant when we asked him whether he felt he could take on this task. But since then, he has worked intensively on the altarpiece for years, and it has been exciting, both for us and for the church, to follow the process. The result more than lives up to our high expectations,’ says Morten Kyndrup, member of the board for the New Carlsberg Foundation.

Christiansen always uses a black priming as a base for his paintings. Thus, everything in the painting lights up against this dark background. In the altarpiece, this artistic method is an even more obvious choice, as the scene in the Garden of Gethsemane Have is a story about the balance between light and dark and the transition between life and death. Christiansen’s altarpiece similarly addresses the topic of the light coming out from the dark. Every single blade of grass is painted individually so that it stands out brightly against the darkness that surrounds it.

A nod to Ingemann

The altarpiece shows multiple biblical images side by side. The image of the well is also a nod to the Danish poet B. S. Ingemann, who as child decided he would write hymns after seeing the night sky reflected in a well. In Ingemann’s hymns Christiansen has found the inspiration for one half of the title of the altarpiece, Skyggeflor (Shadow Veil), the dark veil of the night that is the essential condition for light.

Jesper Christiansen (b. 1955) graduated in 1988 from the Royal Danish Academy of Fine Arts in Copenhagen, where he was also a professor from 2003 to 2008. In 2010 he created a large mural in Frederik VIII’s Palace, which is part of the Amalienborg complex, and he is represented in several Danish museums, including ARoS, KUNSTEN Museum of Modern Art Aalborg, SMK and Trapholt.

The Danish Church in Paris