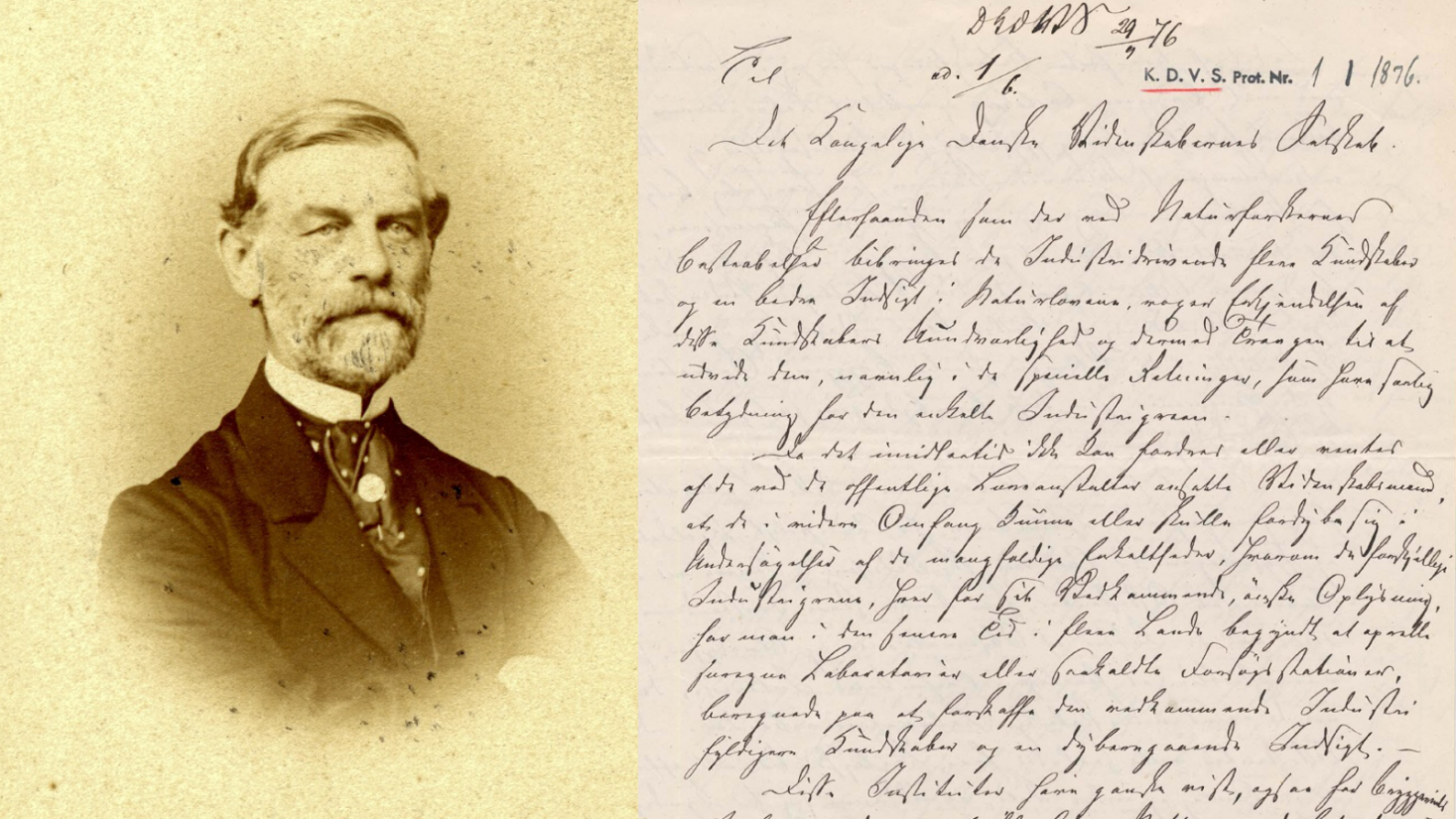 J. C. Jacobsen’s deed of gift and his letter to J. N. Madvig and the Royal Danish Academy of Sciences and Letters. 25 September 1876.

The new online database ‘J.C. Jacobsens arkiv’ (J. C. Jacobsen’s Archive) offers important insight into one of the leading families in Danish business history, the Carlsberg family, most prominently identified with Carlsberg’s founder, the master brewer J. C. Jacobsen, and his son, Carl. Together, they have left a huge legacy in the form of a global brewery business, three foundations, two internationally acclaimed museums and an internationally groundbreaking research laboratory.

Now, a new public-access archive is added to the family history, giving everyone the opportunity to read the correspondence from the brewer to his son and other family members and to some of the leading cultural figures of the time. The archive also offers insight into Carlsberg’s early history.

‘I am very pleased that we are now able to publish the letters penned by Carlsberg’s founder, J. C. Jacobsen, in a digital format that offers all Danes insight into his correspondence with his family and others he was in contact with during his time. Both letters and documents are important testimonies that document his thoughts and work – as a brewer, a captain in the Civic Guard, a Member of Parliament and a family man – to posterity. I hope that many people will read along and thus gain greater understanding of the persons in and around the Carlsberg family and the family history. A history that, thanks to the brewer, is also an important chapter in Danish history and, not least, Danish business history, since J. C. Jacobsen founded Denmark’s and one of the world’s first commercial foundations,’ says Flemming Besenbacher, chairman of the board of the Carlsberg Foundation.

The letters are presented in a transcribed and annotated form. Every single source has been scanned and is shows as a facsimile along with a transcription, that is, a typed version of the brewer’s hand-writing, which is often difficult to decode.

Most importantly, the archive contains all known letters and other documents penned by J. C. Jacobsen himself, a total of 759 items. Among the most important are the 132 letters to his son, Carl –  most of them written between 1866 and 1870, when Carl was away studying in various locations around Europe – and J. C. Jacobsen’s own letters home from travels.

‘J.C. Jacobsens arkiv’ is a modernized and updated version of the database ‘J.C. Jacobsens Familiearkiv’, which was formerly available on the Carlsberg Archive website. This modernized version of the database is based on the New Carlsberg Foundation’s experiences since 2015 with the digitization initiative ‘Carl Jacobsens Brevarkiv’ (Carl Jacobsen’s Letter Archive), which contains Carl Jacobsen’s letters pertaining to the history of the New Carlsberg Glyptotek and the New Carlsberg Foundation. Because the two archival databases are so closely related, and together contain source material for the history of several members of the Carlsberg family, it is possible to search both archives at once.