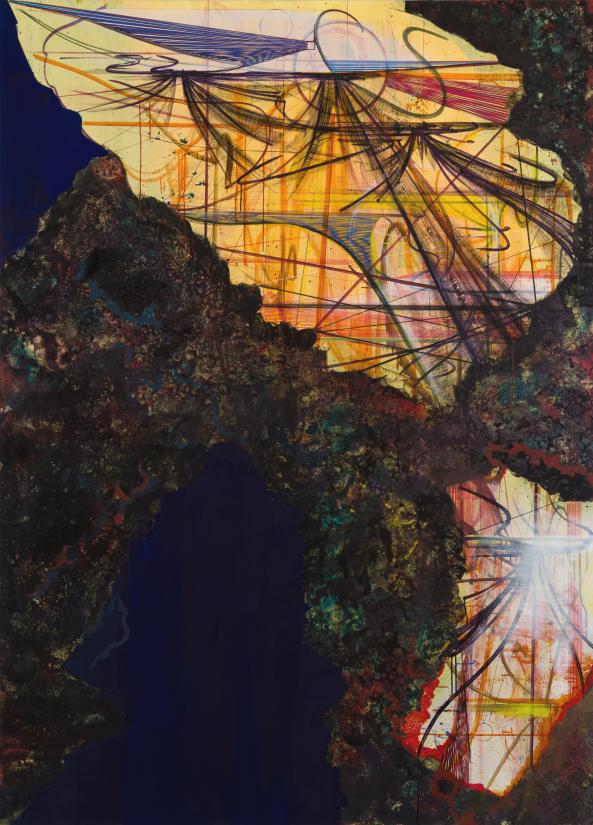 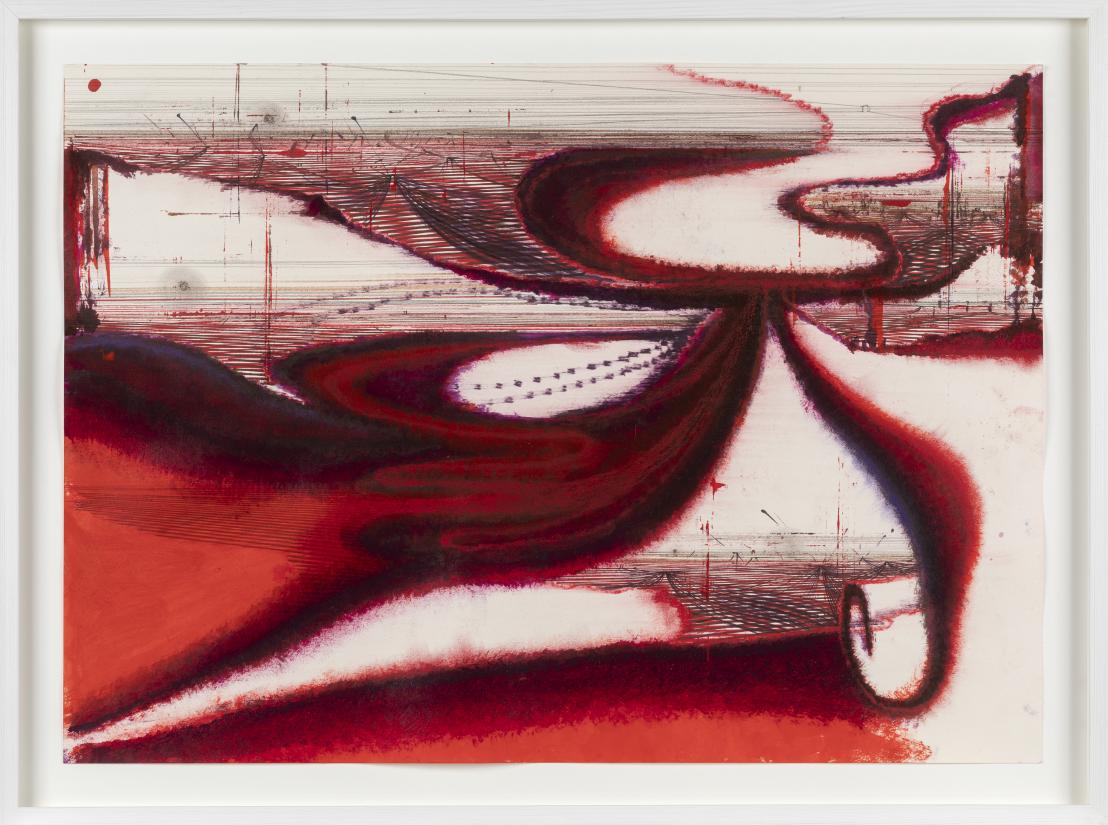 Words really cannot capture Ferdinand Ahm Krag’s enigmatic pictorial universe, where high-precision lines create patterns that seem to eche nature’s structures, including cross sections of crystalline minerals. This includes his Rogue Planet II and The Book for Traversing Eternity. However, these works also possess a new, expressive physicality and strength that are not normally associated with Krag’s crisp pictorial universe.

Rogue Planet II suggests a form of landscape with a horizon. However, the landscape is not painted in the colours we normally associate with nature. Rather, it appears as a disturbing desert-like landscape in flames. While the landscape-like constructions are depicted in geometrically perfect lines, a seemingly uncontrolled mass is pouring into the picture from the corners. The viewer is left to wonder – is this primordial ooze, the source of everything, or is it a destructive mass? Does it spell doom or genesis?

The same characteristic ambivalence characterizes Ahm Krag’s series The Book for Traversing Eternity. Here, red landscapes are subjected to a similar life-giving or destructive force, as the hyper-precise constructions either arise from or are dissolved in an expressive magma-red mass of colour. However, the perspective is ambiguous. As is characteristic of Ferdinand Ahm Krag’s pictorial universe, the viewer is sent on a journey where the perspective constantly varies between a micro- and a macro-perspective. If we change the lens and zoom in, a similar structure would appear in a geological cross section of a red agate.

Ferdinand Ahm Krag (b. 1977) graduated from the Royal Danish Academy of Fine Arts in 2006 and has since taught at the Jutland Art Academy, the Faculty of Fine Art, Music and Design of the University of Bergen (Norway) and the Royal Danish Academy of Fine Arts. He has exhibited extensively in Denmark and abroad, and his work is represented in the collections of several Danish museums, including the National Gallery of Denmark – SMK, Randers Kunstmuseum (Randers Art Museum) and Esbjerg Kunstmuseum (Esbjerg Art Museum).

The Book for Traversing Eternity, 2020 (six drawings from the series)
Mixed techniques on paper. 500 x 700 mm.