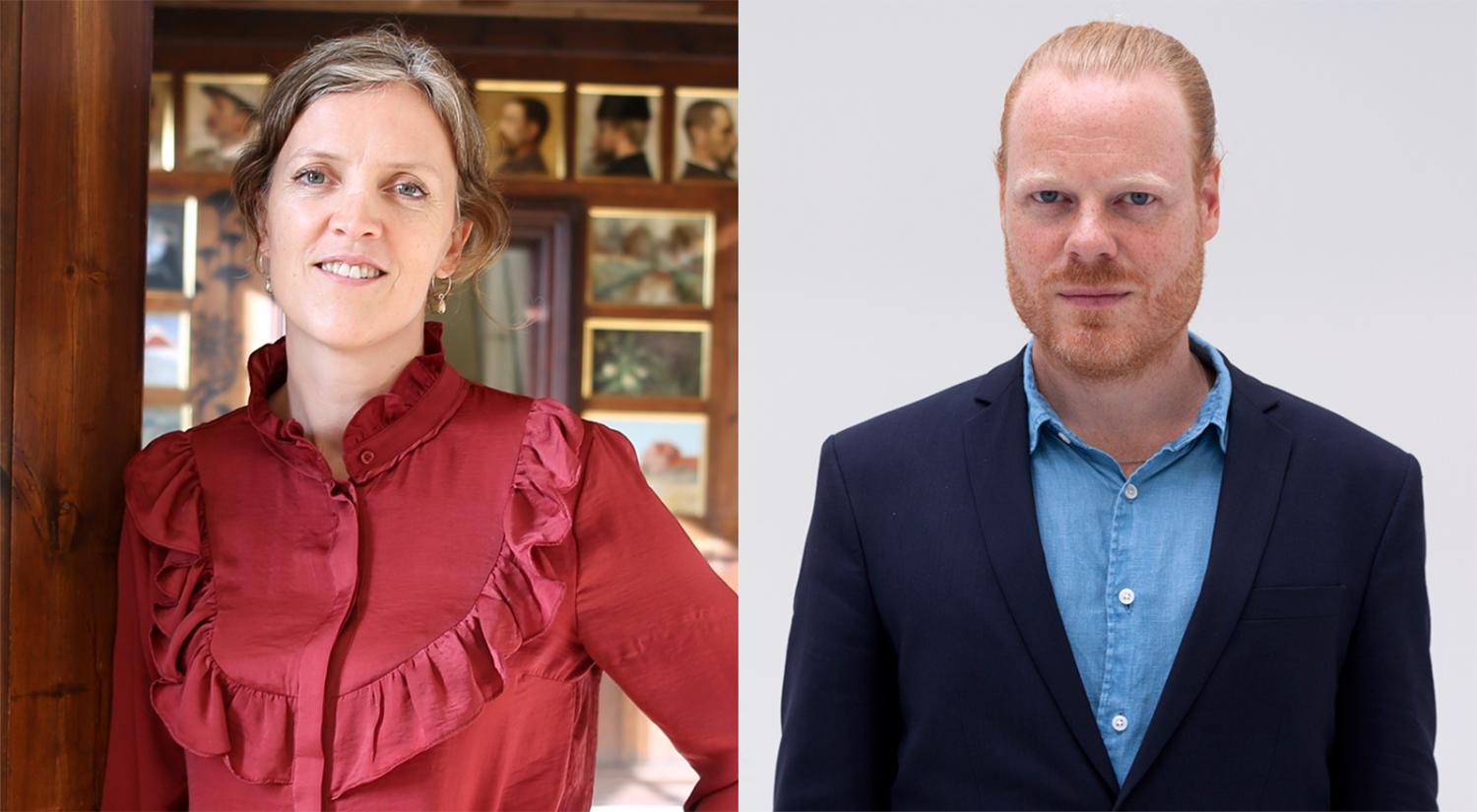 As Denmark’s only foundation solely and assiduously dedicated to supporting art and artistic research, the New Carlsberg Foundation has made a substantial contribution over the years to the high standards of the Danish art scene. Two new members appointed by the Carlsberg Foundation are now joining the Foundation’s Board of Directors.

Christine Buhl Andersen, Chairwoman of the New Carlsberg Foundation, is enthusiastic about her two new board colleagues. “With Lisette Vind Ebbesen and Toke Lykkeberg on board, the New Carlsberg Foundation will better encompass the dynamic that is characteristic of Denmark’s art scene today,” she says. “New areas of expertise and greater professional breadth on the Board will help to strengthen a contemporary art scene that is becoming ever more multi-faceted, complex and internationalised too. In tandem with this, the corona crisis and lockdown have underlined the importance of targeting our support where it can make a real difference, both to Denmark’s art scene and to society in the broadest sense. I’m pleased to see that our grants are increasingly functioning as catalysts for new formats and breakthroughs, something that requires a higher level of monitoring and dialogue with the world around us.”

The work to enlarge the New Carlsberg Foundation’s Board of Directors has been in progress since the autumn. A rigorous selection process resulted in the appointments of Lisette Vind Ebbesen and Toke Lykkeberg, whose particular expertise and experience best complement the current Board.

“Lisette Vind Ebbesen joins the Board of Directors of the New Carlsberg Foundation with solid experience from both museums and relevant board work – not least at the Danish Arts Foundation, where, as well as gaining experience of professional grants administration, she has contributed to an exciting reimagining of a historic institution,” she explains. “Her long tenure as director of Art Museums of Skagen has given her extensive knowledge of museum management and development, curating and collections work, as well as an insight into the relevant educational and research environments.

“As director of Tranen and curator of numerous exhibitions in Denmark and abroad, Toke Lykkeberg is thoroughly versed in Danish and international art environments, particularly emerging talent,” she continues. “He has worked for several years with art in public spaces, which is a particular focus area for the New Carlsberg Foundation, and through his previous work as an art critic has developed a discerning eye.”

Speaking about her appointment, Lisette Vind Ebbesen says, “The history of the New Carlsberg Foundation has always fascinated me. The vision of supporting art because it can enrich human beings and the world around us seems more important and relevant than ever. There is no doubt that maintaining the level of quality and drive that has always been the Foundation’s hallmark takes a keen eye, courage, and a lot of effort, and I’m really looking forward to putting my shoulder to the wheel to further develop the scope and direction of the New Carlsberg Foundation. I'll throw myself into the work with enormous respect for the values and the strength that have formed the Foundation, but also with a great sense of anticipation.”

“I’m excited about working in the Foundation. I’ve always been fascinated by how visionary Carl Jacobsen was when he started the New Carlsberg Foundation. I think we need to be every bit as visionary. To achieve continuity in its work in a changing world, the Foundation needs to reinvent itself. Radical changes in areas such as climate, technology, equality and, most recently, the corona pandemic, affect everyone and are discussed everywhere, including in the art world. So, it’s important that we keep abreast of discussions on the current challenges facing art and its role in today’s world. I hope to be able to contribute an insight into other links in the art food chain, including the newer and less established art scene. The younger generations, with time ahead of them, are vital if we are to make a lasting impact.”

Lisette Vind Ebbesen (born 1975) has been director of Art Museums of Skagen since 2008, overseeing a major revamp of the museum’s exhibition and research activities, most recently in the form of a research collaboration on the Danish painter P.S. Krøyer with the prestigious Musée Marmottan Monet in Paris. In 2014, she also headed up Skagens Museum’s merger with Anchers Hus and Drachmanns Hus – homes of members of the Skagen artists’ colony – to form Art Museums of Skagen. Prior to joining the Board of the New Carlsberg Foundation, Lisette Vind Ebbesen was a member of the Danish Arts Foundation from 2018, where as chair of the Expert Committee for Visual Arts (2018-21), she was responsible for several new initiatives, including new talent pools and a reimagining of Denmark’s participation in the Venice Biennale. Previous board positions include the Association of Danish Museums (2017-20) and the cultural heritage association Kulturarv Nord (2007-20), and prior to her current position at Art Museums of Skagen, she worked at Skagens Museum, ARoS Aarhus Art Museum and Randers Museum of Art. In 2016, she was awarded the New Carlsberg Foundation’s Carl Jacobsen Museum Professional Grant. Lisette Vind Ebbesen has an MA in History of Art from Aarhus University.

Toke Lykkeberg (born 1977) is a curator, critic, and art consultant. Since becoming director of Tranen in 2017, he has raised the profile of the Gentofte exhibition space with a number of innovative exhibitions showcasing Danish and international artists. His extensive curatorial work, which encompasses artistic adornments in public spaces, is testimony to his in-depth insight into the new artist environments on the Danish international art scene. He co-founded the artist-led IMO Art Gallery in Copenhagen, where several young Danish contemporary artists have made their breakthrough, and was its director from 2009 to 2013. He has been art critic for publications including Børsen and Information for several years and is also the author of many books and articles on contemporary art published both in Denmark and other countries. Toke Lykkeberg studied History of Art, Philosophy and Cultural Studies at the University of Copenhagen and Philosophy and Aesthetics at Paris Nanterre University.