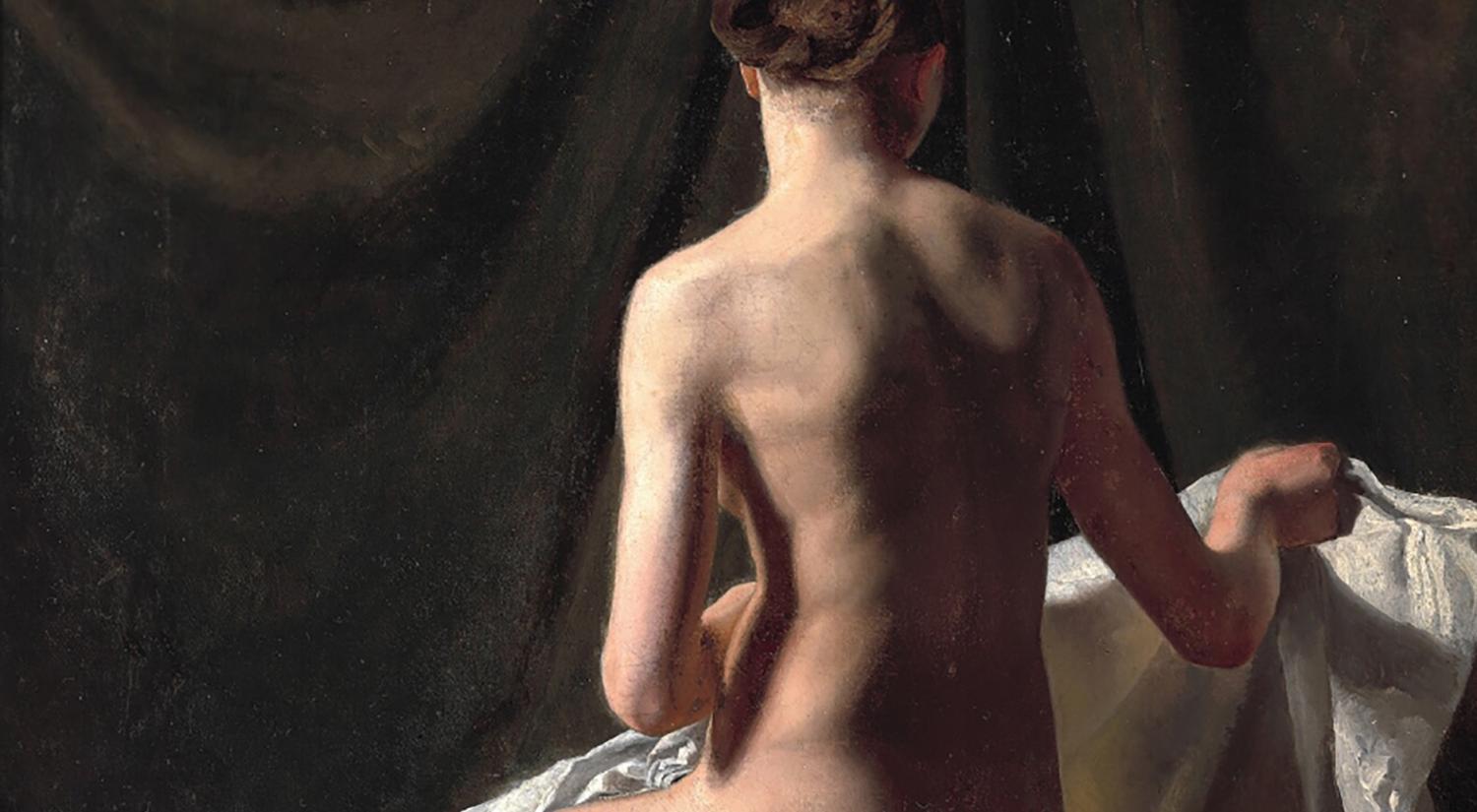 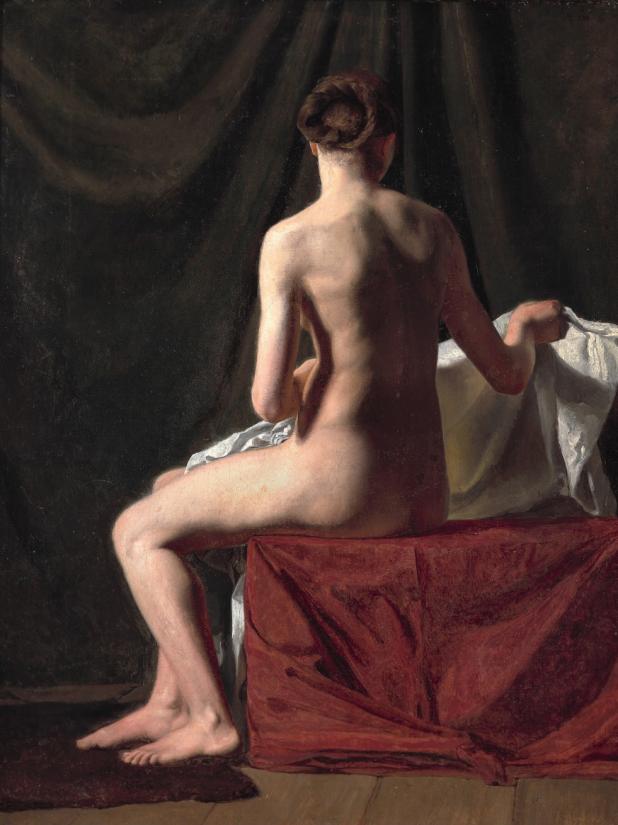 Frølich painted En Kvindelig Model (A Female Model) while he was taking private lessons from Eckersberg. And that is reflected in the study. The life study shows meticulous attention to detail, not only in the nude female body but also in the draping of the fabric in the background and of the bed sheets. Another striking feature is Frølich’s vibrant representation of the woman’s skin, brought to life with a sublime command of colour, light and shadow.

En Kvindelig Model shows clear traces of Eckersberg’s instruction. The small picture demonstrates an excellent grasp of proportions and anatomy that would undoubtedly have made Frølich’s teacher proud. Overall, the study shows commonalities with Eckersberg’s Nude Study from 1833, which is owned by the New Carlsberg Glyptotek. In this study, Eckersberg portrays a female nude seen from the back behind an open velvet curtain, which lends his picture a slightly sultry voyeuristic dimension, as if the professor has snuck up on the unsuspecting woman. Frølich’s study has a similar effect. The woman is not striking a pose but sitting relaxed, lost in thought, straightening the bed sheets. Naked, she is completely unselfconscious, caught in a private and intimate moment, which Frølich invites us to spy on.

Frølich and the Skovgaard family

Apart from SMK – National Gallery of Denmark, no other art museum has a greater collection of works by Frølich than the Skovgaard Museum. During his youth, before settling in Paris in 1851, Frølich shared a friendship with P. C. Skovgaard. While in Paris, he published more than 70 illustrated children’s books, and for a long time the everyday French term for such a children’s book was simply un Froelich. Shortly after his return to Denmark in 1875, his old friend P. C. Skovgaard passed away, and Frølich became a sort of mentor to Skovgaard’s two sons, Joakim and Niels.

From a young age, Lorenz Frølich (1820–1908) received lessons from some of the finest painters of the time. He had a strong urge to see the world, and at only 20 years of age, he left Denmark to attend the art academies in Munich and Dresden. Next, he spent five years in Rome before settling in Paris. Like P. C. Skovgaard, Frølich had one foot in the art of the Golden Age. However, by virtue of his long, prolific career and cosmopolitan outlook, he is also recognized today as somewhat of a transitional figure in Danish art. He drew inspiration from the new trends in Europe and had a strong influence on the younger generation of Danish artists, including Joakim and Niels Skovgaard.