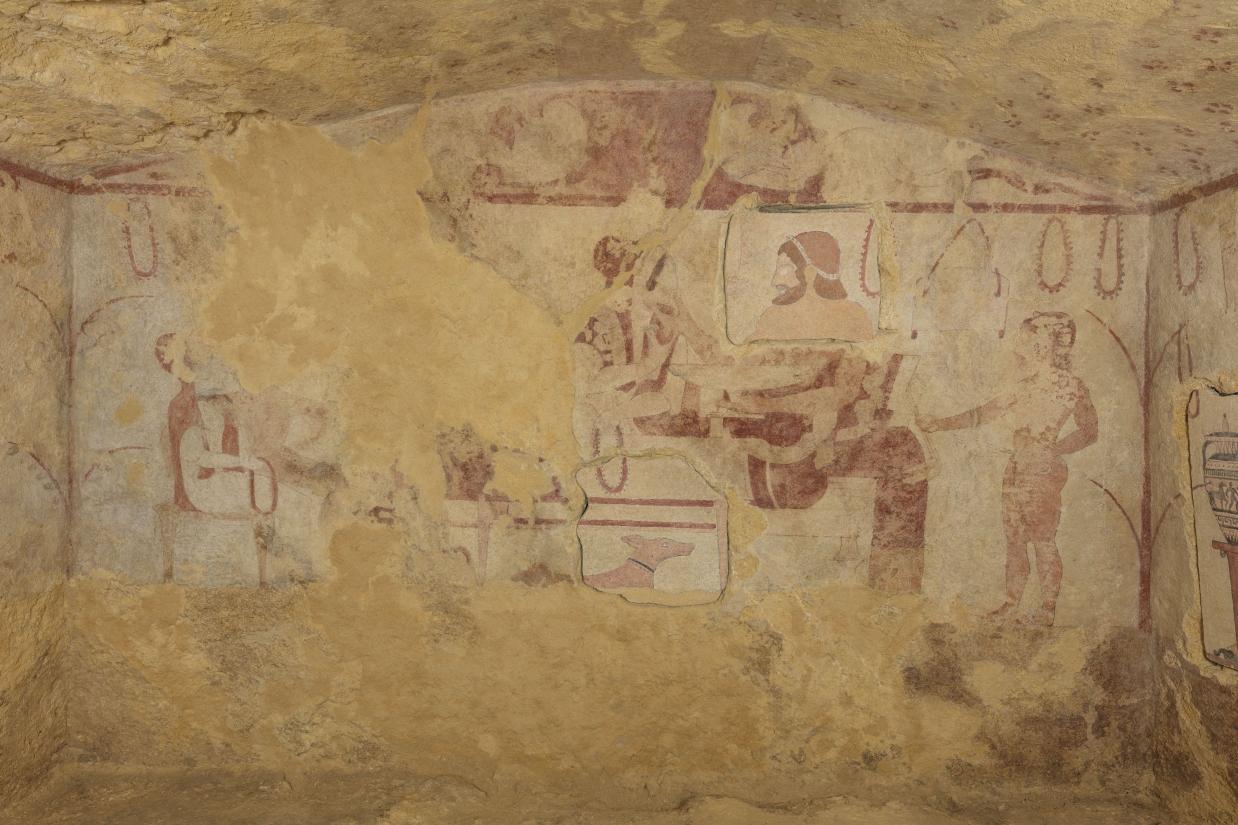 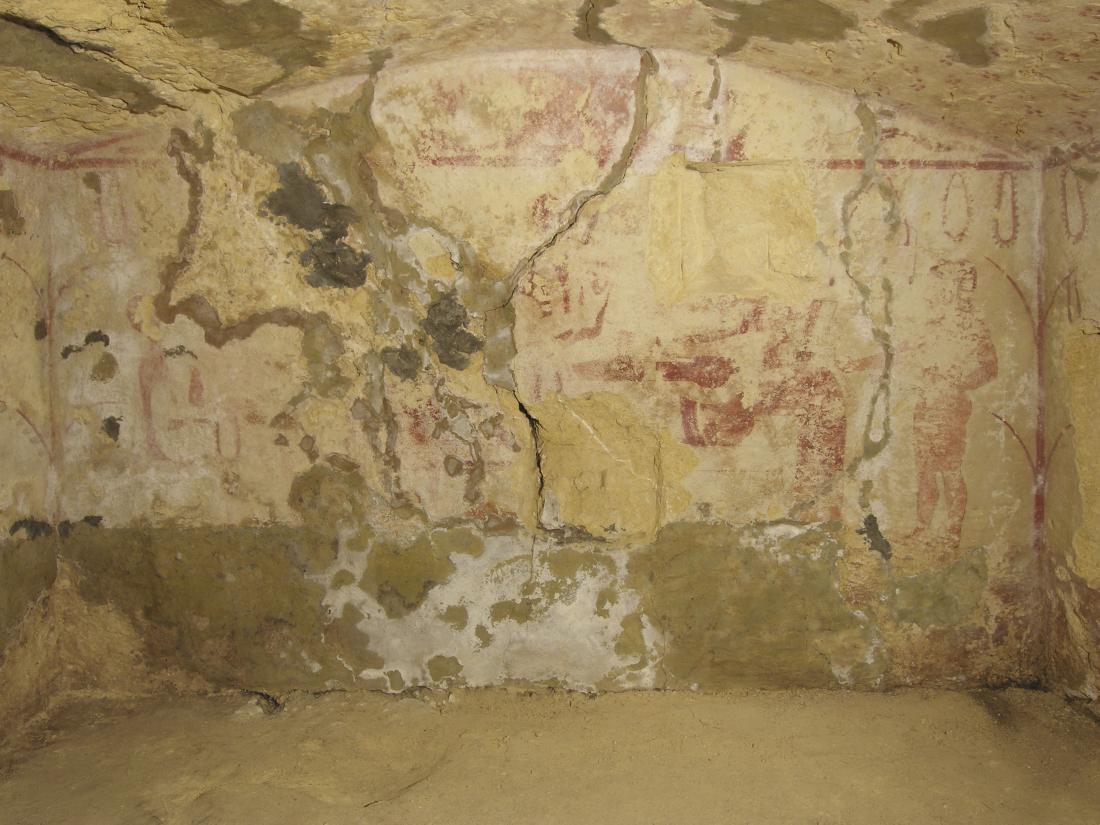 The Tomb of the Painted Vases (Tomba dei Vasi Dipinti) was discovered in 1867 in the Etruscan city of Tarquinia. The tomb was well preserved until the 1960s, when they were looted and badly damaged by tombaroli, or grave robbers. Large sections of the funerary paintings were simply cut off with chainsaws, resulting in irreparable destruction. Over the years, furthermore, a white patina of various salts and microorganisms developed on the painted walls, and plants and penetrating roots were threatening to destroy the frescoes completely.

After months of extensive restoration, conservators can now present the Tomb of the Painted Vases in revived form. Today, the frescoes once again appear as a sublimely well-preserved time capsule left behind by an ancient people who carried many of their secrets to the grave.

Dining with the Etruscans

The Tomb of the Painted Vases has been dated to the latter years of the 6th century BCE. The tomb’s painted walls and ceiling tell the story of its owners, a couple and probably their children, at a banquet with whirling dancing and music. The ceiling of the funerary chamber is decorated with small red four-petal flowers, while images of sea serpents and seahorses adorn the tympanum – the triangular architectural gable known from classic temples or contemporary churches – which faces the supports holding up the illusory ceiling beams. As a total work of art, the murals are a unique testimony to and example of the decorative quality, rich detailing and originality of Etruscan art.

Carl Jacobsen, the founder of the New Carlsberg Foundation, was very interested in the painted Etruscan tombs, which he personally visited several times. The tombs are exceptional sites for the study of wall paintings in Antiquity, something Carl Jacobsen was well aware of in 1895, when he initiated the major undertaking of reproducing the tomb walls on canvas. When he had received the reproductions of the paintings from the Tomb of the Painted Vases, he decided to establish a collection of copies of Etruscan frescoes at the Glyptotek. Thanks to this collection and the cultural ties between Denmark and Italy, Tarquinia’s conservators thus had access to a representation of what had once been preserved.

About the Danish Institute in Rome

For many years, the Danish Institute in Rome has been engaged in restoring and conserving Etruscan wall paintings in cooperation with the Italian authorities. The Institute has also been a key partner in the project in Tarquinia.

The objective of the Institute is to preserve and develop cultural ties between Denmark and Italy. Since 1967, the Institute has hosted Danish scholars and artists studying in Italy, with long-standing support from the Carlsberg Foundation. Today, the Institute continues to serve as a venue for research projects, artistic practice and cultural activities within the arts and sciences.

Tarquinia and the necropolises

Tarquinia in the province of Viterbo, some 80 km north of for Rome, is known especially for its Etruscan necropolises, literally ‘cities of the dead’, which house more than 6,000 graves from the ancient civilization of Etruria. Among the thousands of funerary chambers, about 200 are decorated with colourful frescoes showing religious and festive scenes from Etruscan life, dated to between the 7th and 2nd centuries BCE. Along with the necropolis in Cerveteri, Tarquinia is one of the main archaeological sites of Etruscan art, and was declared a UNESCO World Heritage Site in 2004.

The Danish Institute in Rome