The internationally acclaimed German artist Thilo Frank has created a large decorative project at Dansekapellet (the Dance Chapel) at Bispebjerg. The New Carlsberg Foundation donated the site-specific work of art, to be unveiled on 31 August, and which establishes an original connection between Dansekapellet and everyday life in the nearby urban space. 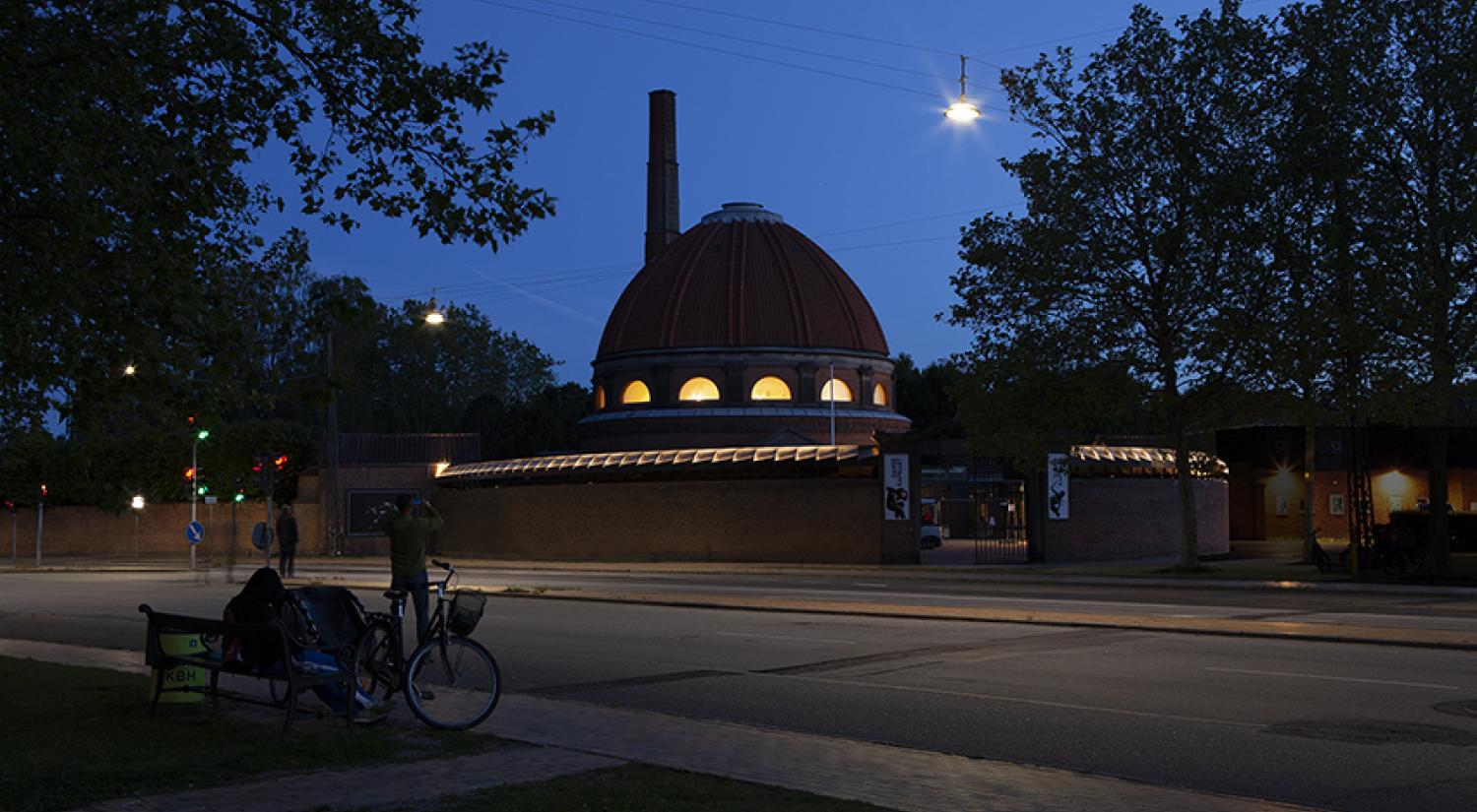 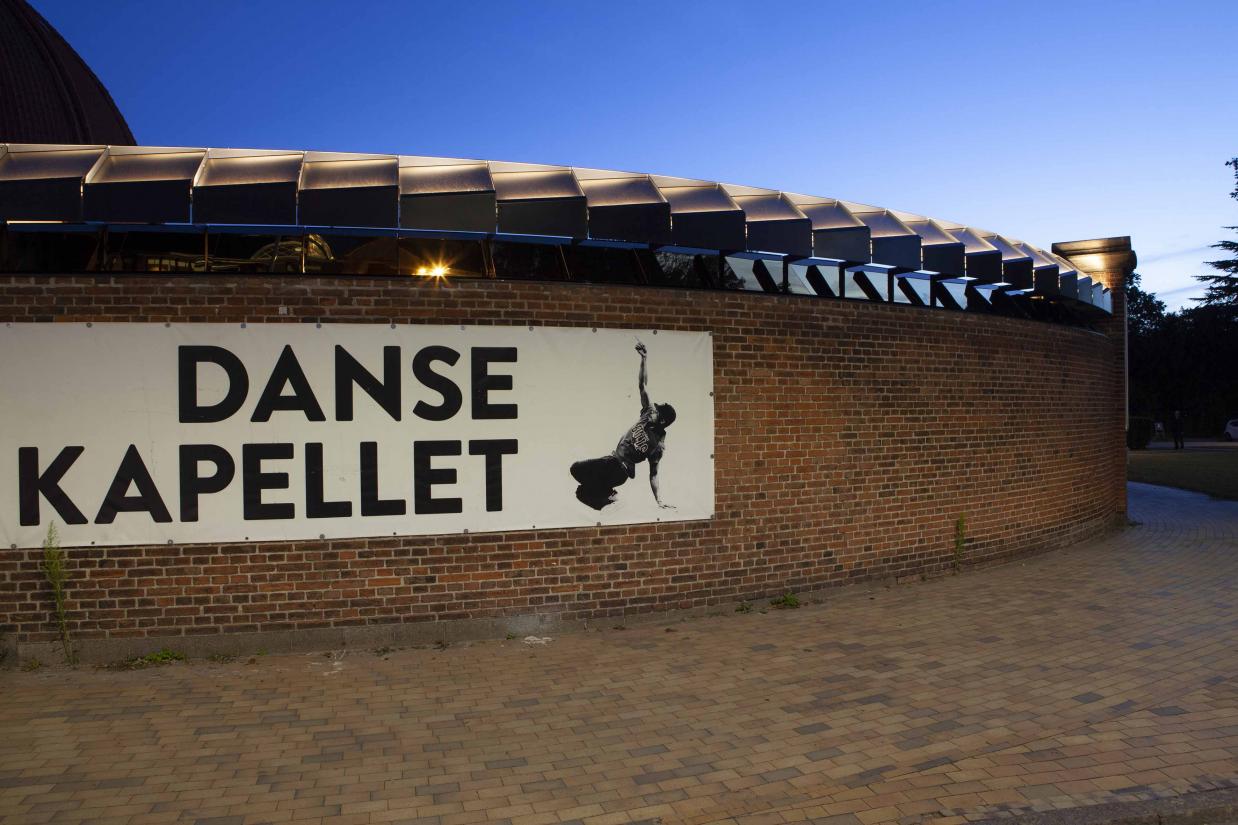 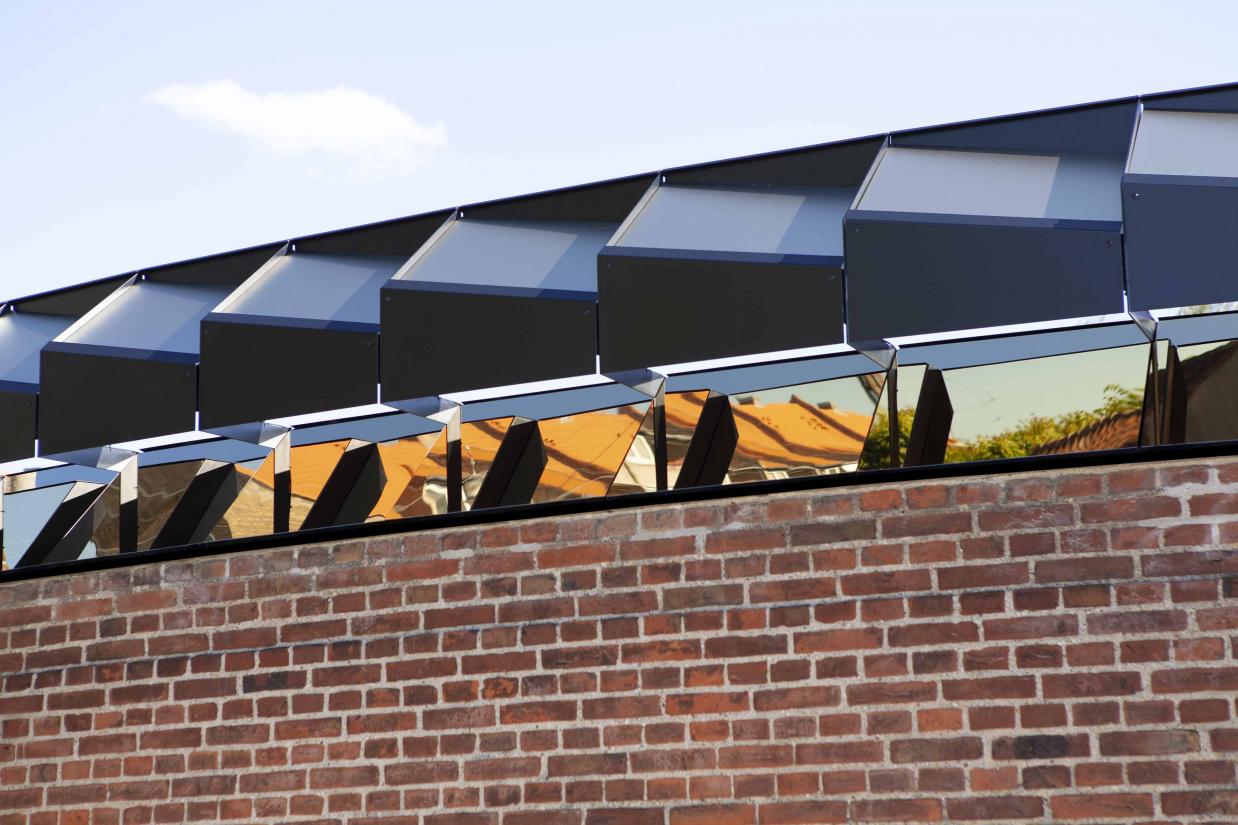 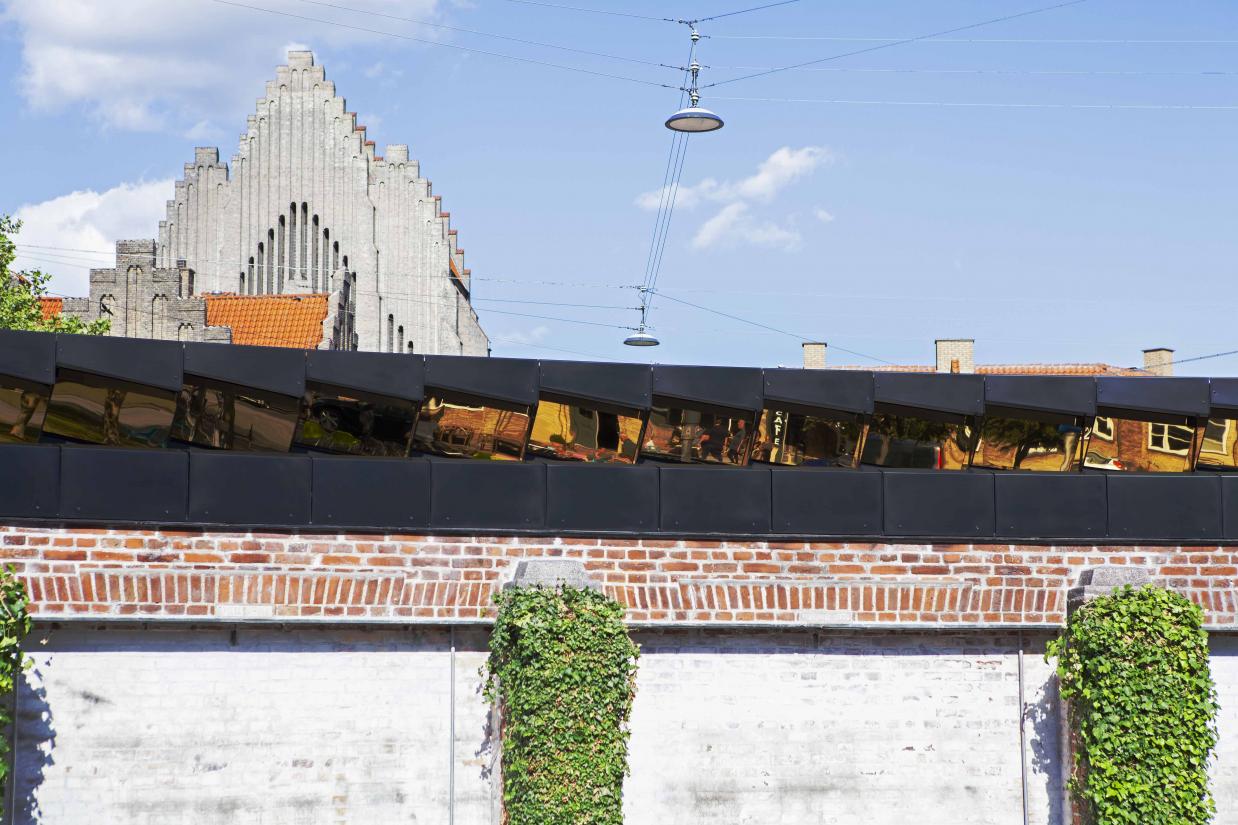 The artwork Sonic, which Thilo Frank created in close collaboration with the architect Phillip C. Reiner, consists of 144 mirrors integrated into the wall encircling Dansekapellet. In an almost kaleidoscopic effect the mirrors reflect elements from the street into the yard of Dansekapellet, and vice versa. The decorative project features a ribbon of light that lights up the panels after dark, creating an experience that is both subtle and impactful.

The essence of the site

In the manner typical of his practice, Frank took an explorative and curious approach to the task: ‘When the New Carlsberg Foundation gave me the commission, I was given a tour, and then I began to talk to everybody at Dansekapellet. I spent a lot of time listening and learning about the history and function of the place from many of the users. When I do this, I always try to find the essence of the site and discover what it calls for. I see art as a transmitter of this essence. In this case, the essence of past and current use was that the building transforms energy. With the light project Dansekapellet reaches out to everyday life and offers people an inviting glimpse of what is going on inside the yard.’

The pulse of the place and of the city

The establishment of a transition between the somewhat enclosed space of Dansekapellet and the urban life unfolding outside it is the core purpose of Sonic: ‘Thilo Frank has created a significant artistic decoration for Copenhagen’s urban space. The artwork mirrors the dynamic movement of dance. It brings the pulse of the place to the residents of the city and simultaneously breathes in the bustling urban life, connecting Dansekapellet as an active cultural institution to the life unfolding around it. The piece is beautifully integrated into the original architecture of the former chapel positioned directly across from Grundtvig’s Church, which is another valuable architectural asset for Copenhagen,’ says Stine Høholt, member of the board for the New Carlsberg Foundation.

Franciska Rosenkilde, mayor of Copenhagen’s Culture and Leisure Administration, adds: ‘I am very happy that the New Carlsberg Foundation has donated this big, beautiful work of art to Dansekapellet and thus to the citizens of Copenhagen. With the artwork Dansekapellet invites the surroundings in, because the artist has done so much to break down the barrier constituted by the wall. It is a good example of how art can be used to open our institutions up and invite the citizens in.’

Thilo Frank (b. 1978) lives and works in Munich and Berlin. He graduated from the State Academy of Art and Design in Stuttgart, Germany, and worked as an assistant to Olafur Eliassen for ten years. Concurrent with this he has been making his name in the international contemporary art scene with exhibitions and decorative projects around the world. Frank’s main practice involves installations, sculptures, photography and audio and promotes physically interactive dialogues with the viewer by inventive means. He has created several installations in Denmark, including works for the modern art museums Kunsten (in Aalborg, northern Jutland) and Arken (in Ishøj, south of Copenhagen) and the permanent installation Ekko (Echo) in the town of Hjallerup in northern Jutland.