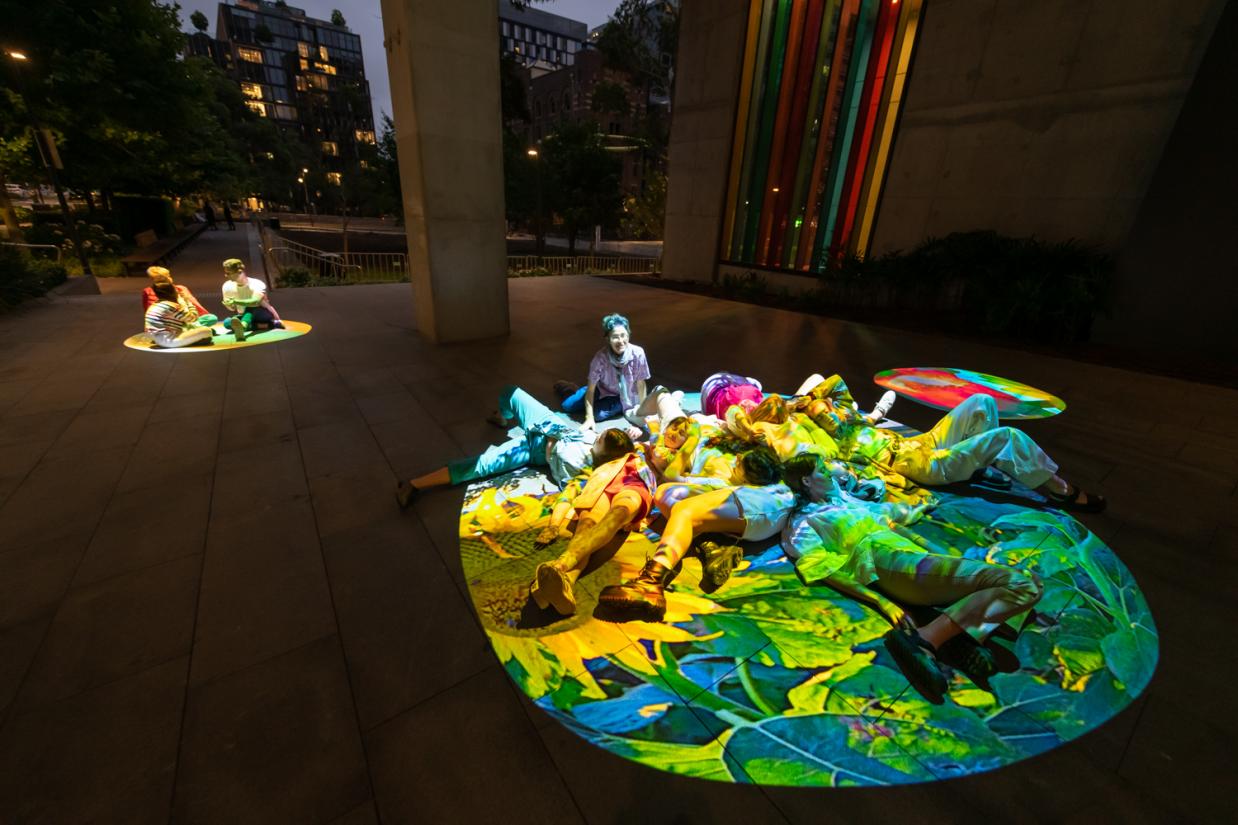 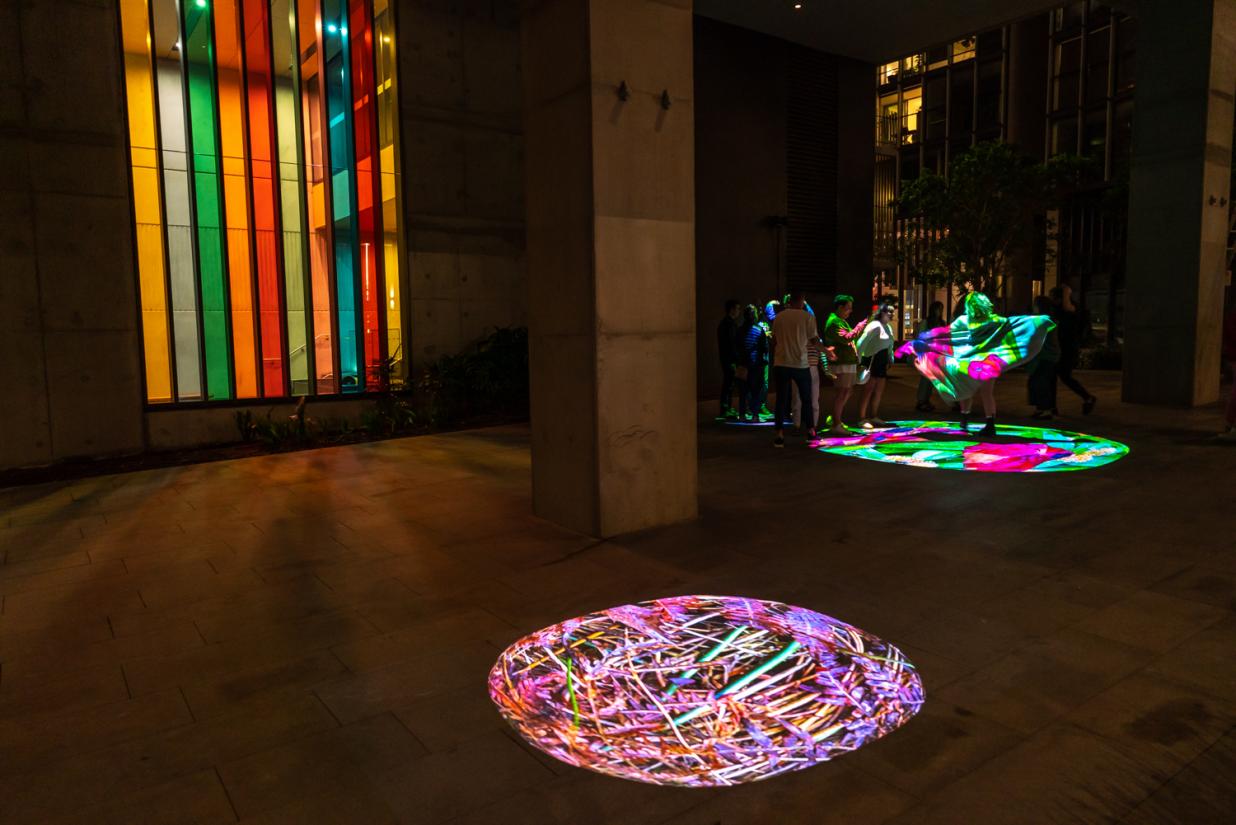 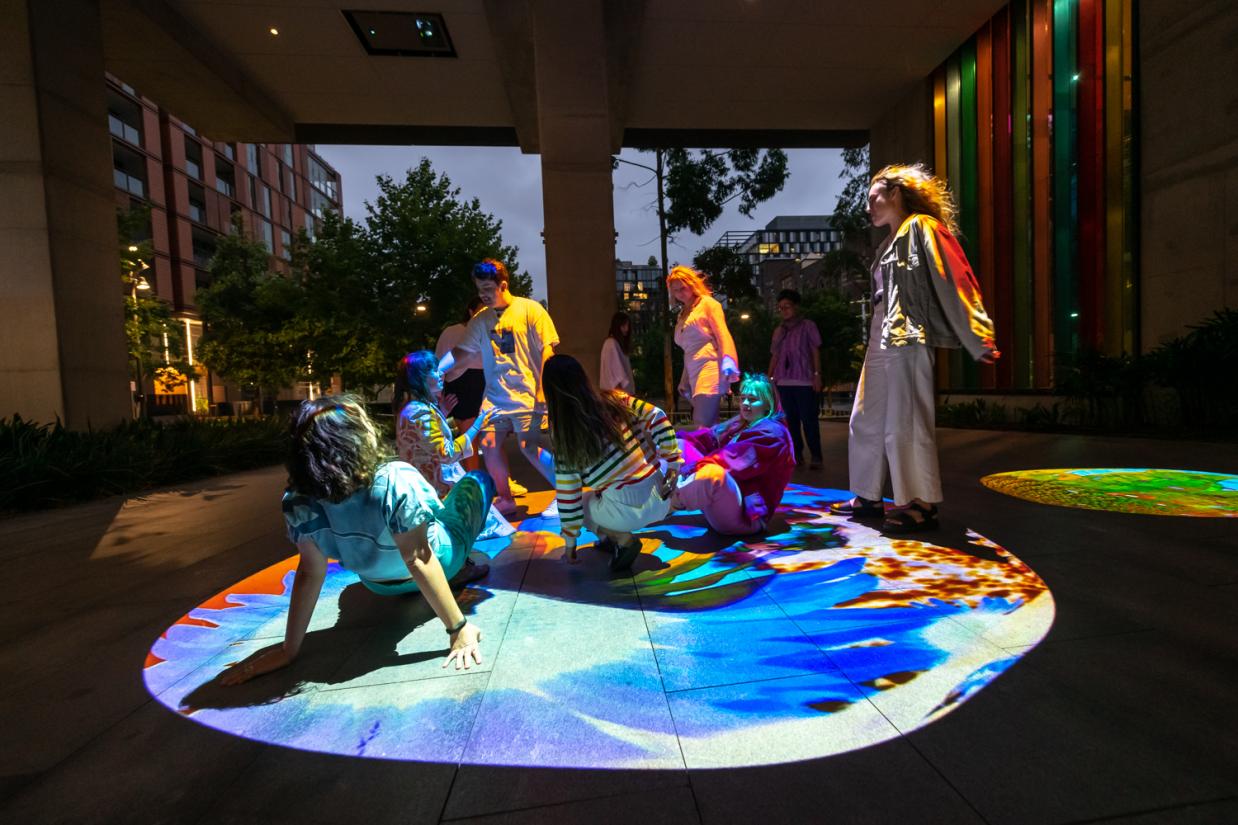 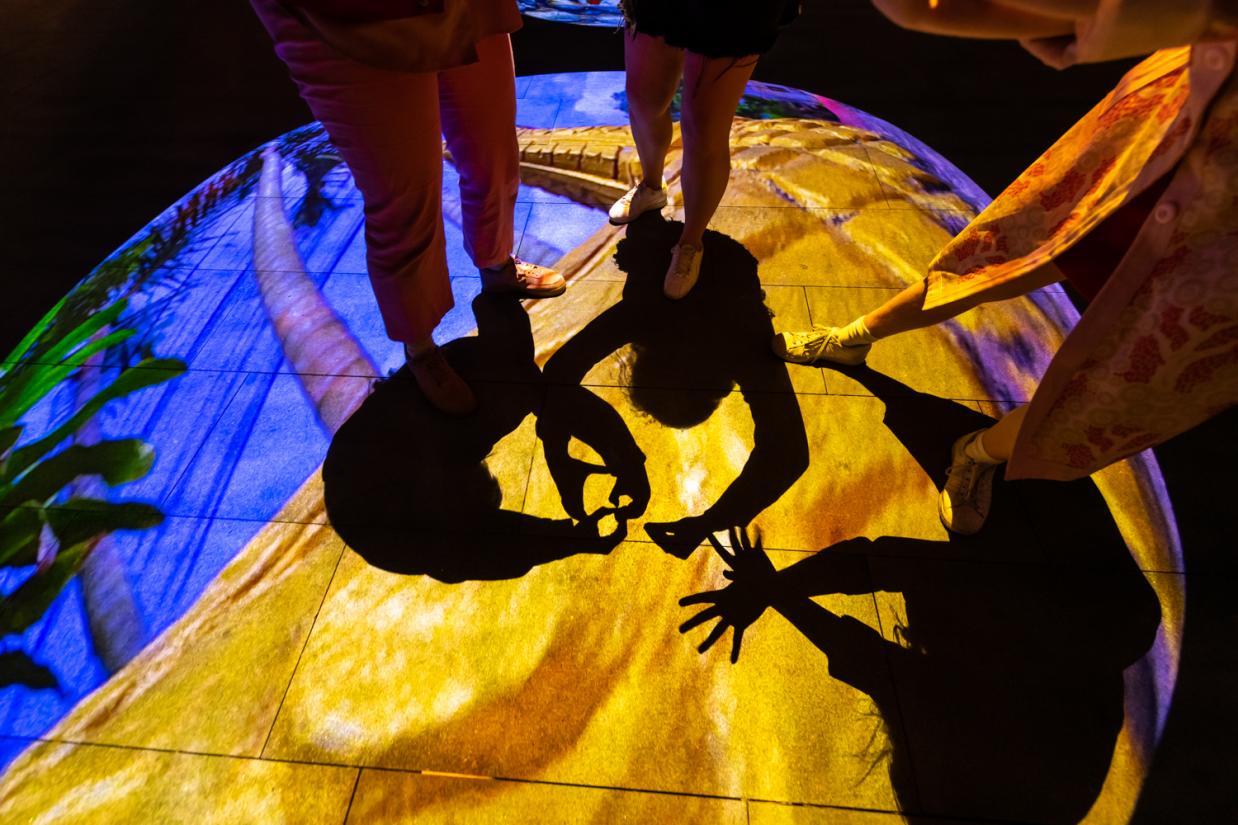 The Swiss artist Pipilotti Rist is creating a site-specific decorative project that brings a vibrant and novel element to the DMJX Campus. The spectacular work of art is realized with support from Det Obelske Familiefond, Salling Fondene, Spar Nord Fonden and Beckett Fonden, the Danish Arts Foundation and the New Carlsberg Foundation.

Denmark’s School of Media and Journalism, DJMX, is currently preparing to move to new premises at Katrinebjerg in Aarhus. Designed by Arkitema, the new building will be finished in March and is ready to welcome students and staff in September. The ambitious building also marks the first stage in the revitalization of the former industrial area, which over the coming years is being recreated as diverse new neighbourhood with housing, businesses and urban life.

Pipilotti Rist’s interactive light and video installation makes a striking, site-specific contribution to this urban development process. As is typical of Rist’s work, the installation reaches out to its audience. With her colourful and constantly changing light projections Rist not only creates a unique space for students and staff at DMJX but also aims to establish a meeting place for local residents and passers-by in the new urban district. The work, which has not yet been named, was developed in dialogue with Arkitema and media architects from Kollision and is expected to be ready when the DMJX Campus is officially opened on 2 September this year.

The Swiss artist Pipilotti Rist (b. 1962) is in the top tier of the international art world. Since the mid 1980s she has worked mainly with cutting-edge video technology, constantly testing and challenging the possibilities, parameters and limitations of the medium. Human sensation is a typical focal point in visually groundbreaking works often shaped as large meditative tableaux that envelop the viewer. Recently, she transformed large parts of the Danish modern art museum Louisiana into a pulsating sensory bombardment in her critically acclaimed total installation ‘Open My Glade’. For the past 30 years, Pipilotti Rist has had an extensive international exhibition practice, and her works are represented in museum collections all over the world.