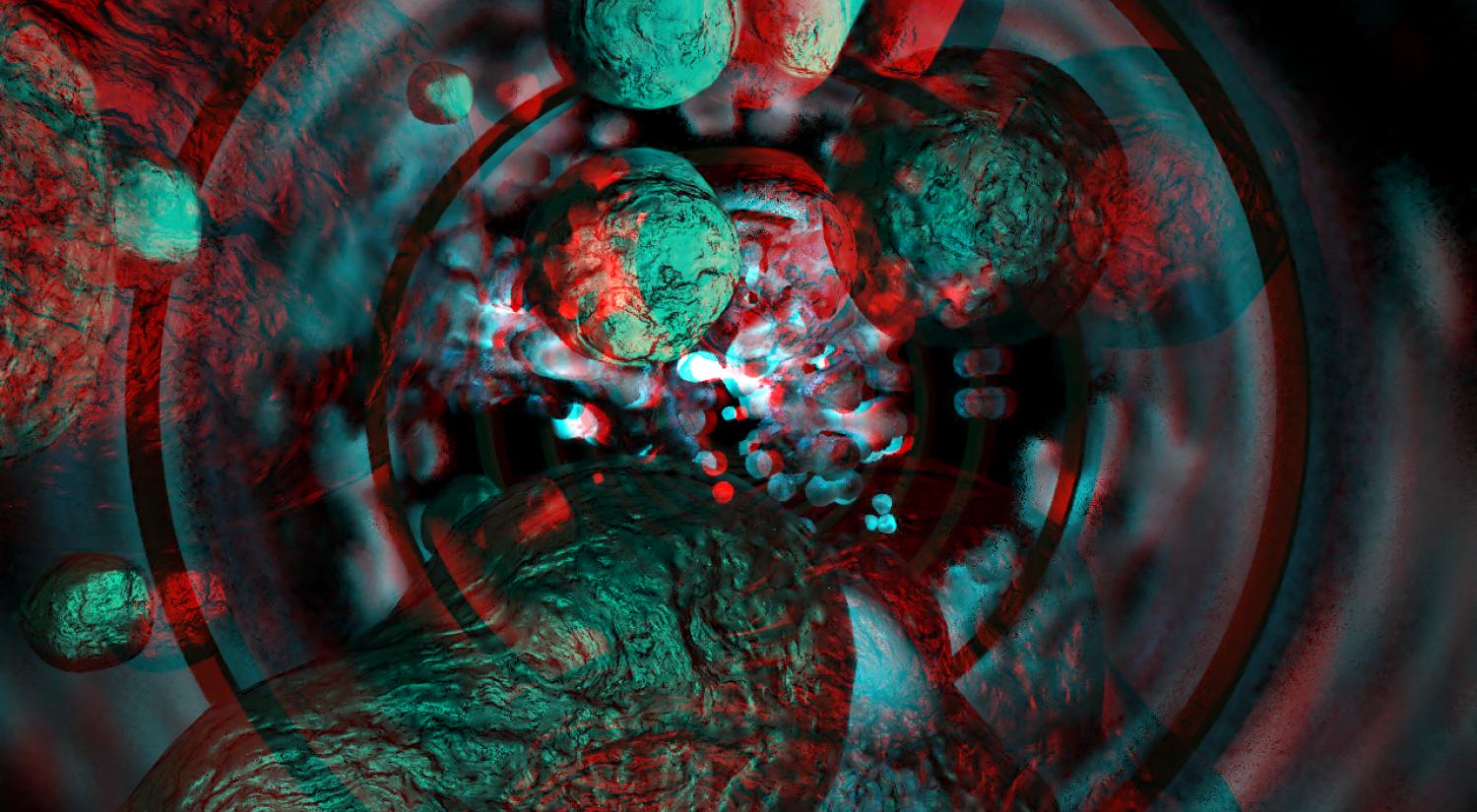 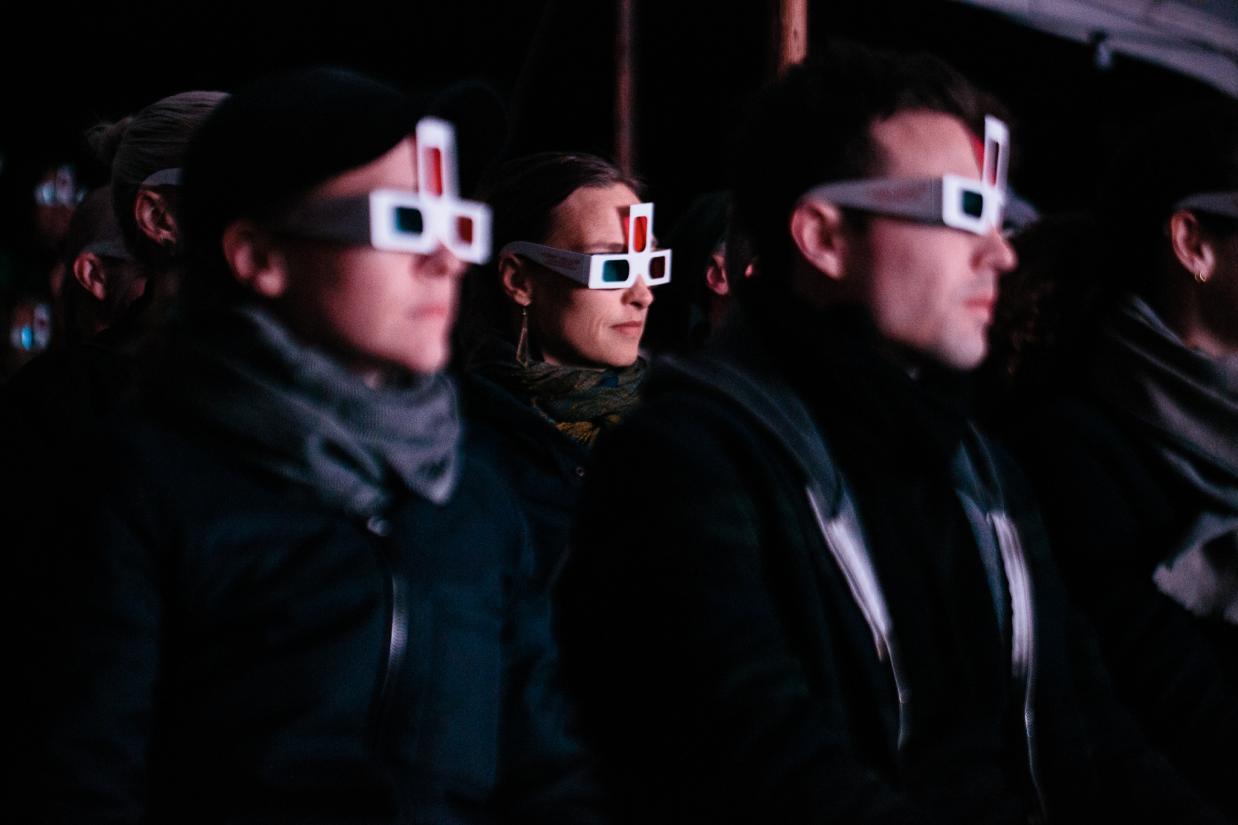 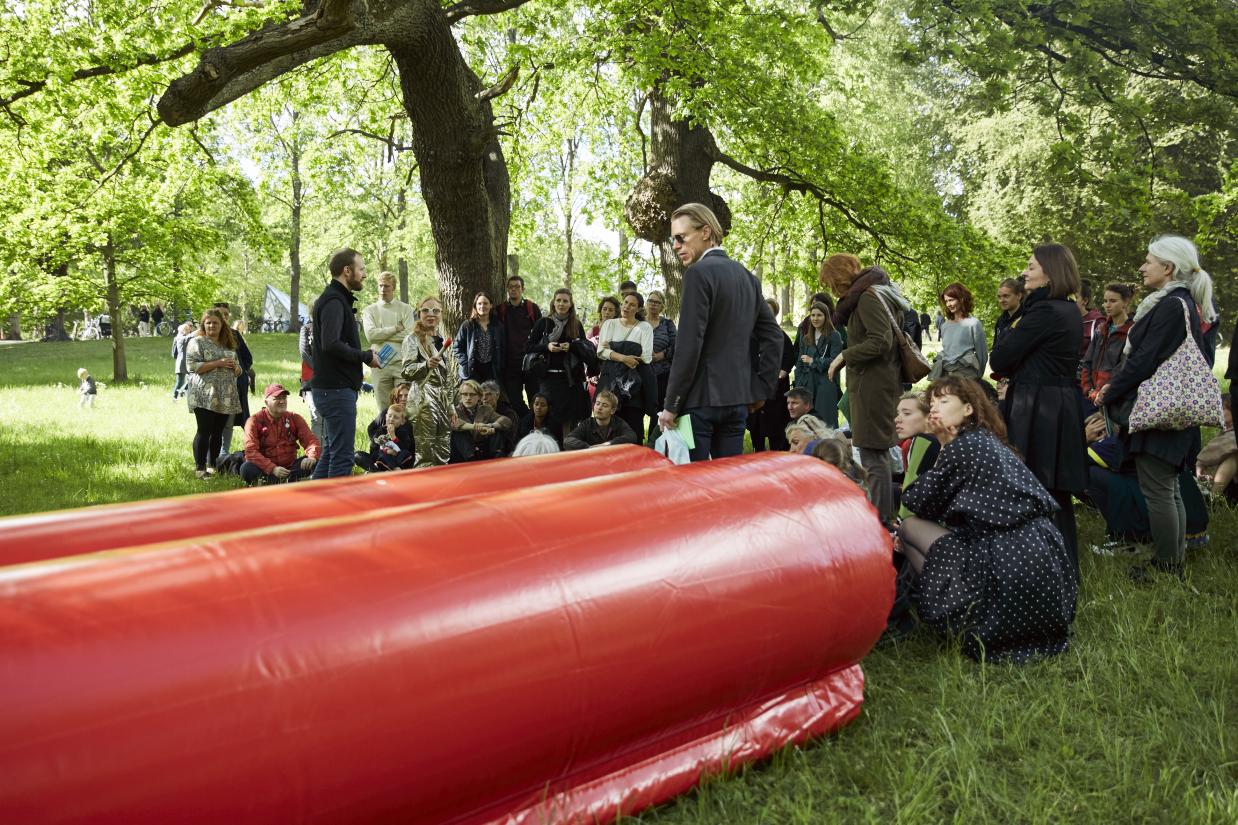 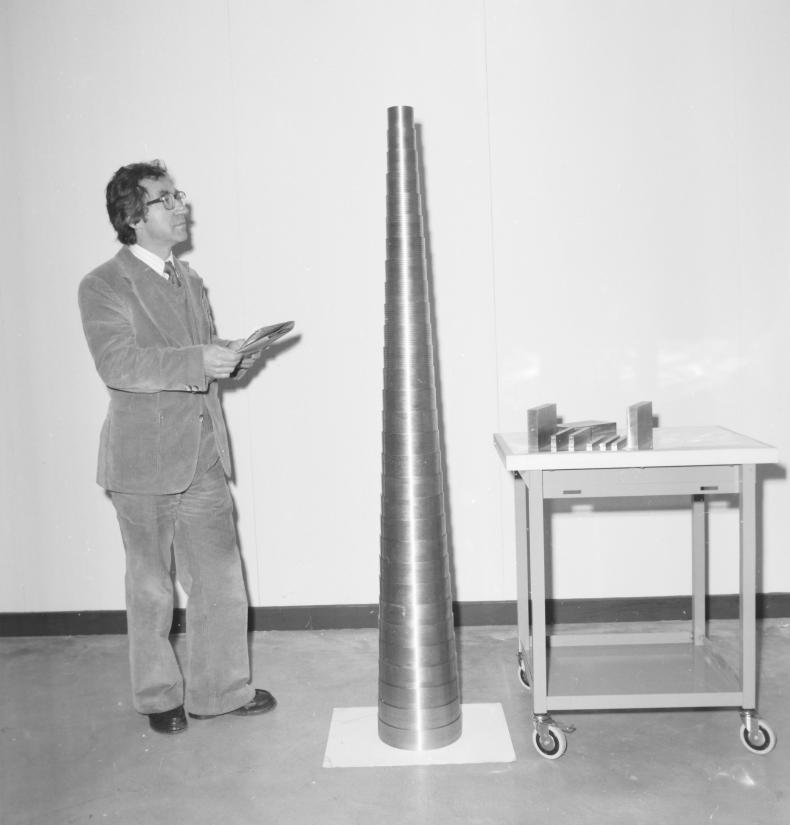 Porsager’s interest in neutrinos dates back to her visit to CERN – the European Organization for Nuclear Research. The neutrino is the enigmatic elementary particle, also known as the ‘ghost particle’, whose existence the physicist Wolfgang Pauli conceived in 1930. The neutrino’s mass is 100,000 times smaller than the electron’s, and its presence is detected by specially designed telescopic neutrino horns. The tiny particles pass unhindered through any mass they encounter – including the human body – and rarely interact with other physical matter.

The individual elements of Porsager’s work refer to the way classical physics has handled the neutrino. The visual 3D animation represents the interior of the neutrino horn, seen from the vantage point of the neutrino. This is supplemented with sounds from a gong that send vibrations into the viewer’s body. The animation is designed to be experienced with cyan-red 3D spectacles, and because the human senses are too limited to perceive neutrinos, Porsager has added an extra lens – a third eye – to the 3D glasses.

Lea Porsager (b. 1981) graduated from the Städelschule, an academy of fine arts in Frankfurt am Main, and the Royal Danish Academy of Fine Arts in Copenhagen in 2010. She enrolled as a PhD fellow at the Malmö Art Academy and Lund University in 2015 with the project ‘CUT-SPLICE THOUGHT-FORMS’. Porsager describes her artistic method as speculative fabulation related to weird science, alternative life forms and the esoteric. Her works play out at the intersection of quantum theories, feminism and far-out spiritual insights.