Mirage for the Department of Nuclear Medicine & PET-Centre is the name of Lars Nørgård’s decorative project for the new department at Aarhus University Hospital. The project, which was realized with a grant from the New Carlsberg Foundation, is a series of four high-energy paintings that counterpoint and engage in dialogue with the hospital’s robust architecture. 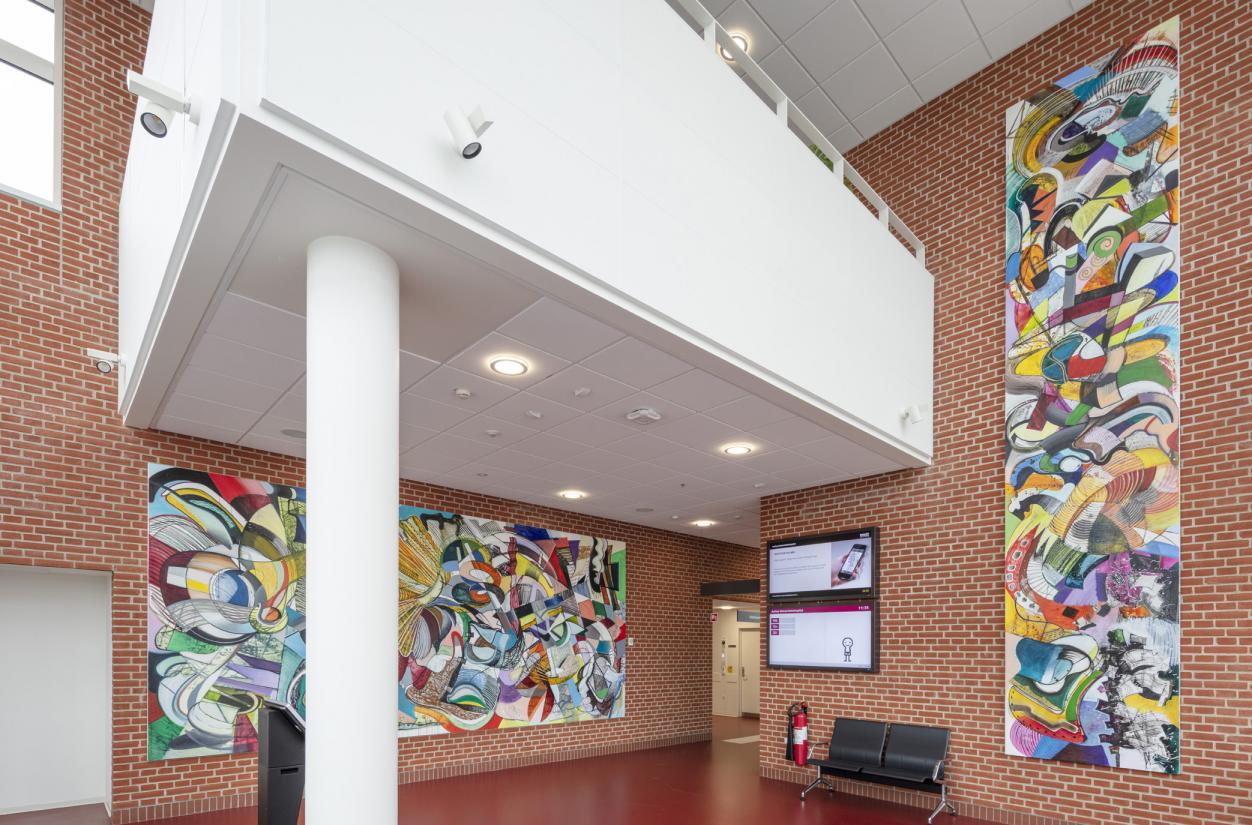 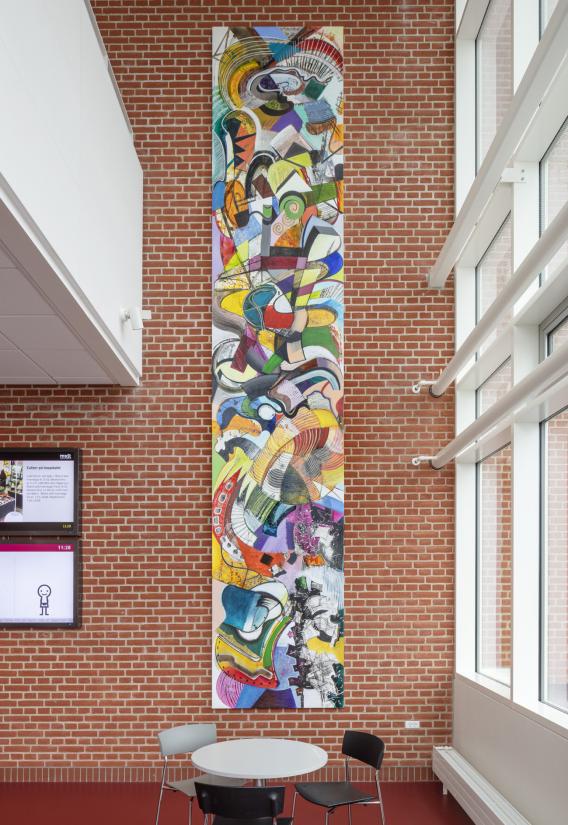 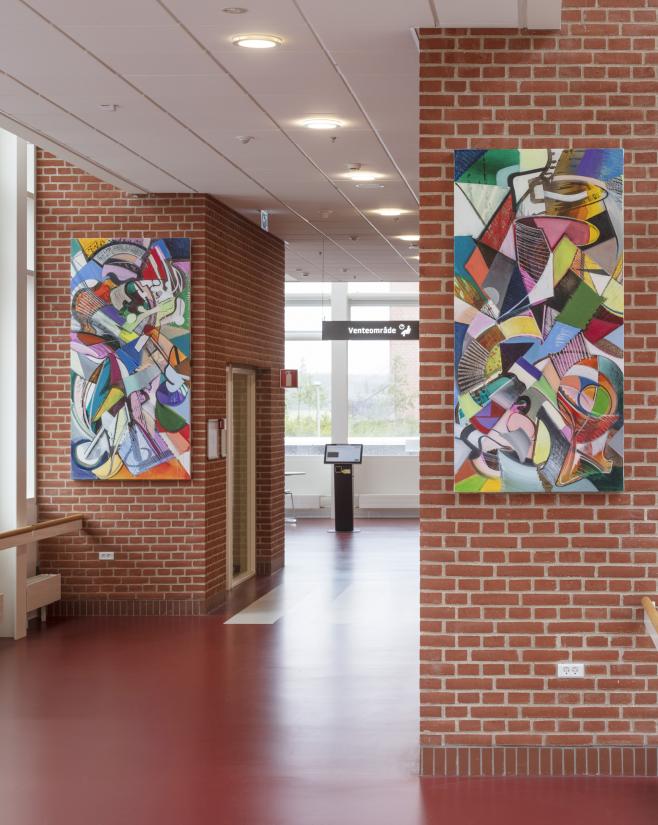 Lars Nørgård’s site-specific decorative project for the Department of Nuclear Medicine at the new-built Aarhus University Hospital in Skejby goes full blast. The artist has created a bespoke series of paintings in different sizes and formats created to harmonize with the public areas in the Department while also adding a dynamic quality to the architecture.

‘As an artist, Lars Nørgård masters the task of imbuing architecture with an expressive power that both harmonizes with and challenges the physical character and functions of the place. That was also why the New Carlsberg Foundation suggested Nørgård for the project at Aarhus University Hospital. The result brings a new sense of vitality to the beautiful and stylish but also very institutional building. It seems to change the pulse of the place,’ says Morten Kyndrup, acting chairman of the New Carlsberg Foundation.

The paintings that make up Nørgård’s high-energy decorative project are like a series of coloured whirlwinds, boxed into their rectangular formats. They contain no point of rest, no centre that the individual aspects of the picture support or lead to. Instead, the entire canvas conveys as an expression of undiluted intensity. Each painting appears as a high-powered eruption of structures and colour formations that clash or are propelled away from each other, captured in a moment and frozen in mid-motion.

At times, the paintings suggest figurative elements, for example in Unjustifiable Risk, where a red structure shaped like a high-rise building bends like a liquorice stick in a tornado. Whether the eruptions are moving towards a more solid state or increasing dissolution seems to be of less interest to Nørgård than the friction between the figurative and the abstract, which he captures and translates into life-affirming energy fields that the beholder is automatically drawn to explore.

Similarly life-affirming is the paintings’ obvious urge to break free and transcend their formats. Rather than exploring how lines, forms and colours can be distributed in a composition within the boundaries of the painting, Nørgård’s paintings are a centrifugal impact. The centre of gravity in his colour formations is typically close to the centre of the picture, which causes them to appear to propel themselves outwards, sometimes even beyond the boundaries of the picture. For example, the six-metre tall and very narrow Unjustifiable Risk almost gives the impression of a bubbling test tube that is about to explode, splattering the monotonous regularity of the hospital’s red brick wall.

Lars Nørgård (b. 1956) trained at the School of Arts and Crafts (now the Royal Danish Academy of Fine Arts, School of Design) in 1975–78 and at the Academy of Art College in San Francisco in 1980–81. He was part of the legendary Værkstedet Værst (Workshop Worst) and was part of the generation of ’De Unge Vilde’ (The Young Wild Ones) in the Danish art scene, who during the 1980s set a new course for art, not least for painting. Nørgård exhibits frequently in Denmark and abroad, and his works are represented in a number of Danish museums, including Arken, ARoS and SMK, the Danish national gallery. Throughout his career he has received numerous awards and grants, including Jens Søndergaard og Hustrus Mindelegat in 2003 and the New Carlsberg Foundation’s Artist’s Grant in 2011.