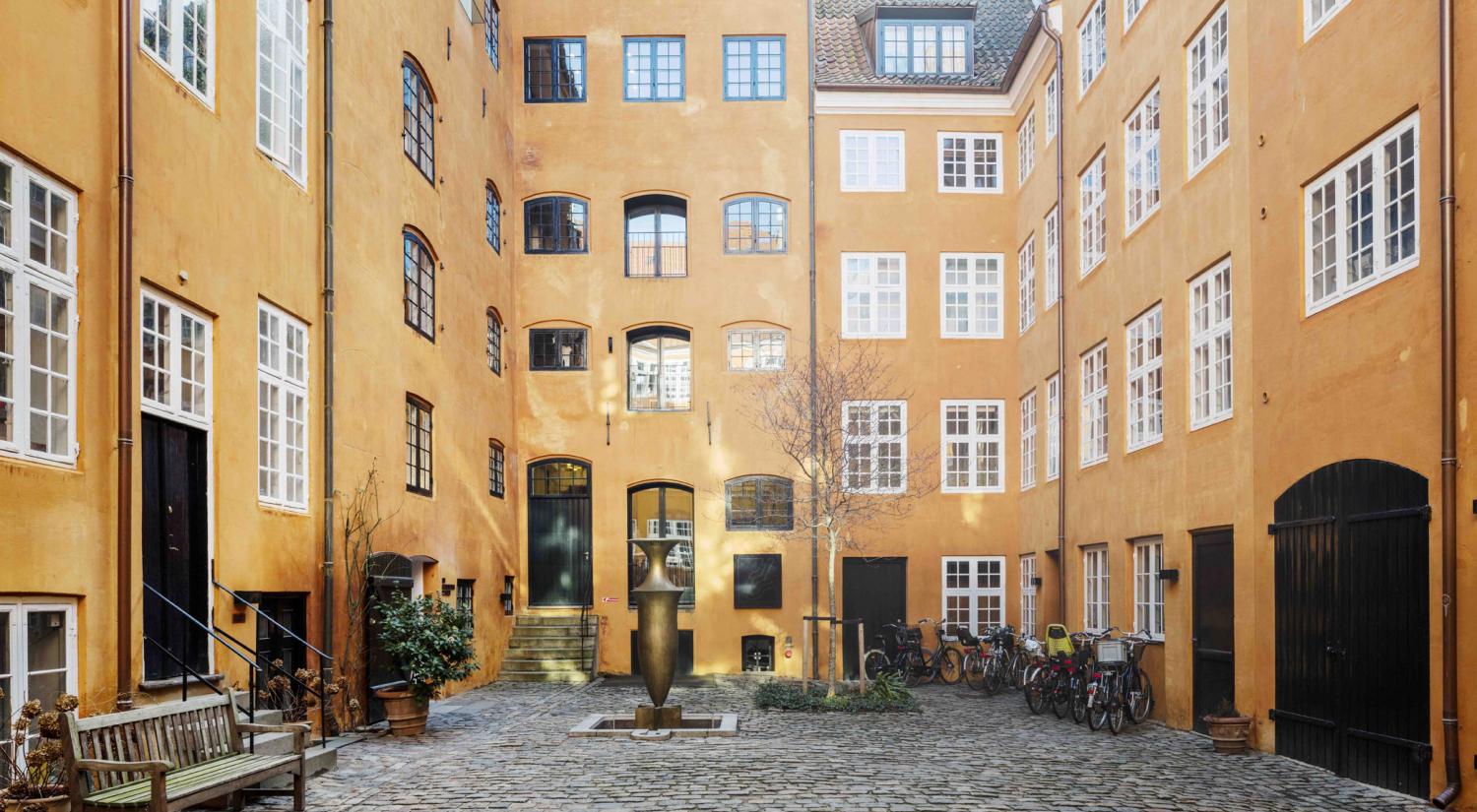 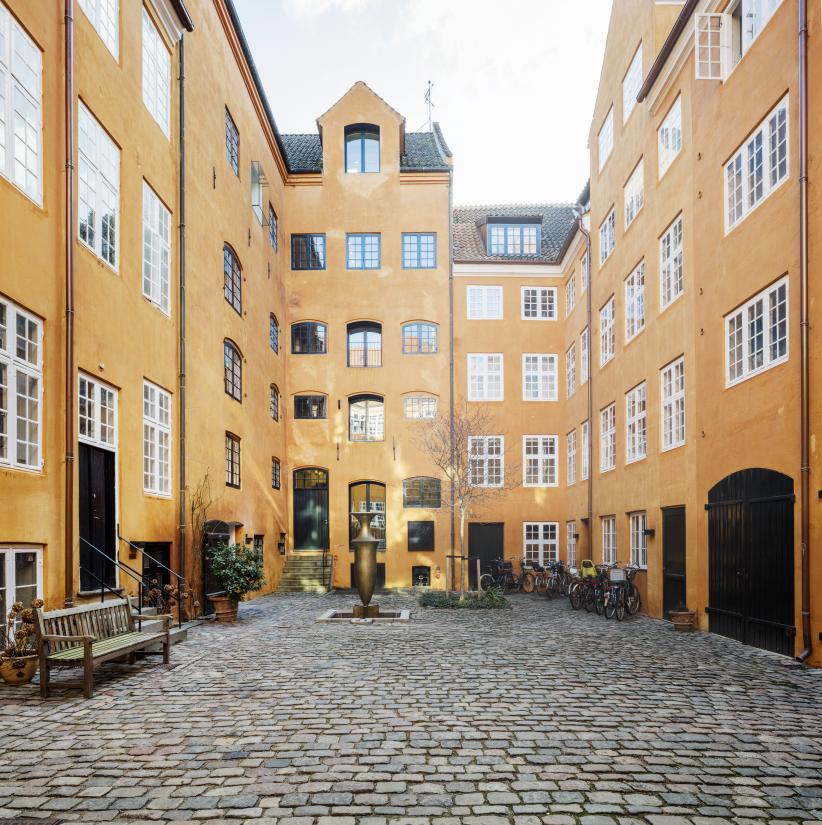 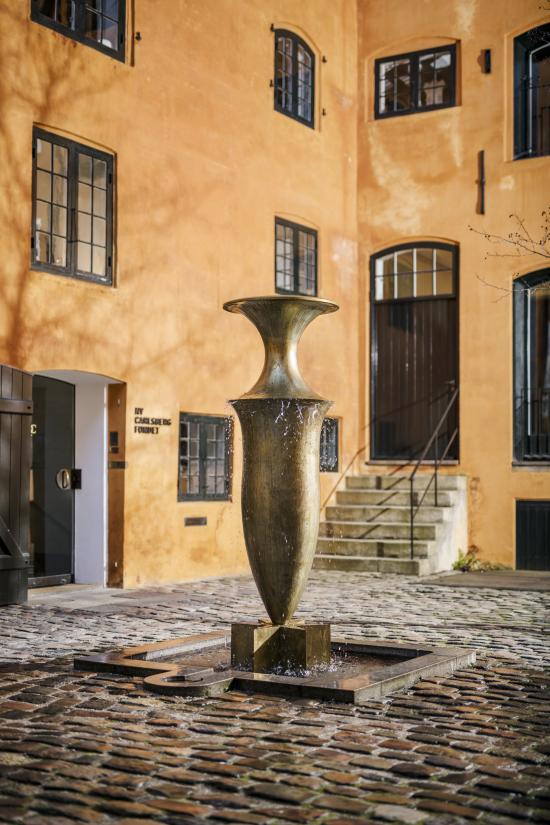 Like hundreds of other buildings, the building at no. 5, Brolæggerstræde was razed in the second big Copenhagen fire, which happened in June 1795. A few months later, construction began on the present buildings on the lot, which was acquired by brewer Christen Jacobsen Nørkier in 1826. Two decades later, his son, J.C. Jacobsen, made his first attempts at brewing bottom fermentation beer here, thus laying the foundation for the Carlsberg breweries.

J.C. Jacobsen’s son, Carl Jacobsen, was born here in 1842, and when the Jacobsen family moved to Valby just outside Copenhagen in 1854, they maintained ownership of the buildings. In 1913, Carl Jacobsen gifted the brewery complex to the New Carlsberg Foundation.

Time has been kind to the buildings; all the original structures have been preserved, and no new buildings have been added. Complete restorations were carried out in 1950-51 and in 1963-66; this included restoring the original floor plans, colours and decorations of the apartments.

At the back of the complex is the brewhouse, which was used as a brewery from 1797. The building was in a poor condition and unfit for being rented out. The New Carlsberg Foundation, which had its offices at the Glyptotek for sixty years, needed a larger space, so in 1973, a conversion of the brewhouse was carried out, based on designs by the Danish architect Vilhelm Wohlert. Two years later, the foundation moved into the brewhouse, whose five storeys, connected by a cylindrical stairwell, now house the foundation’s store rooms, library, offices and meeting rooms.

In addition to the property on no. 5, Brolæggerstræde no.s 9, 11 and 13, Knabrostræde are also part of the brewery complex and owned by the foundation.