The assembly hall at the folk high school Johan Borups Højskole has undergone a major makeover. The comprehensive and sensitive decorative project was carried out by the visual artist Anette Harboe Flensburg, funded by a grant from the New Carlsberg Foundation. 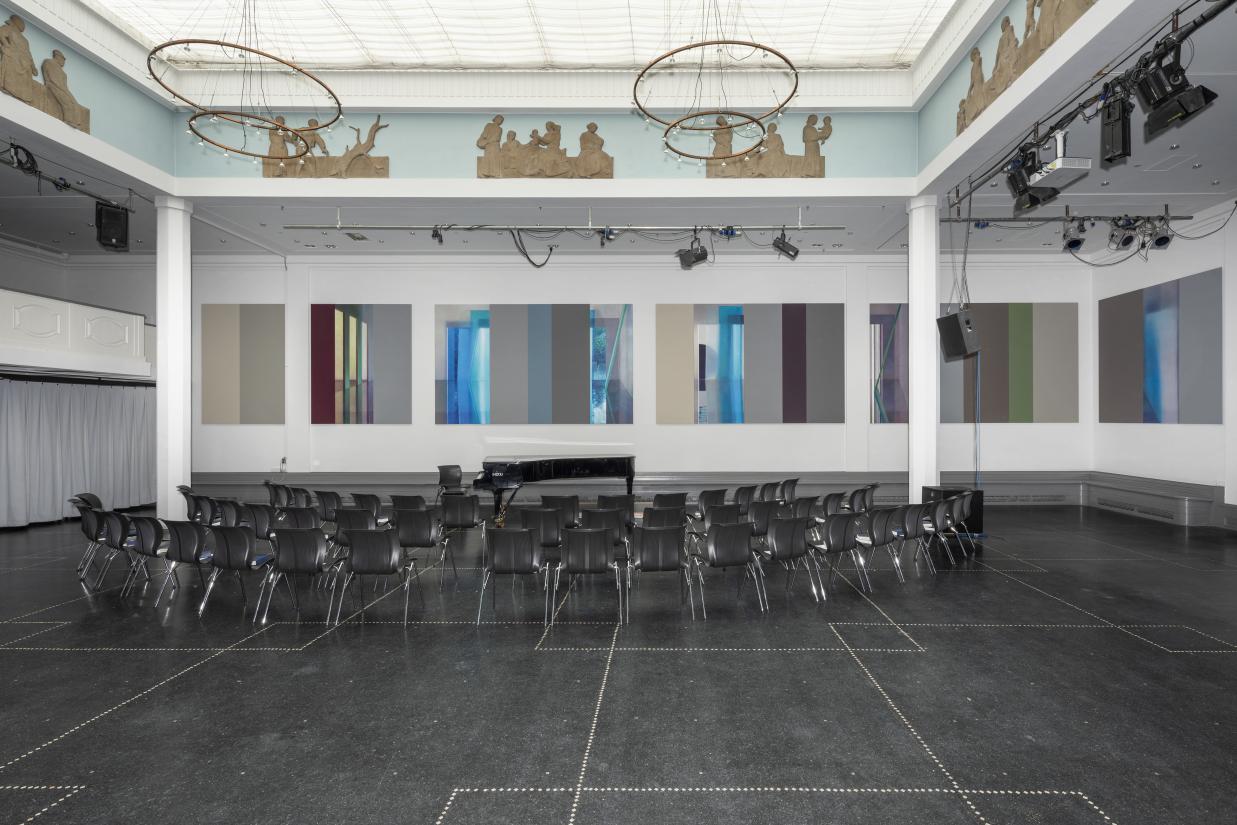 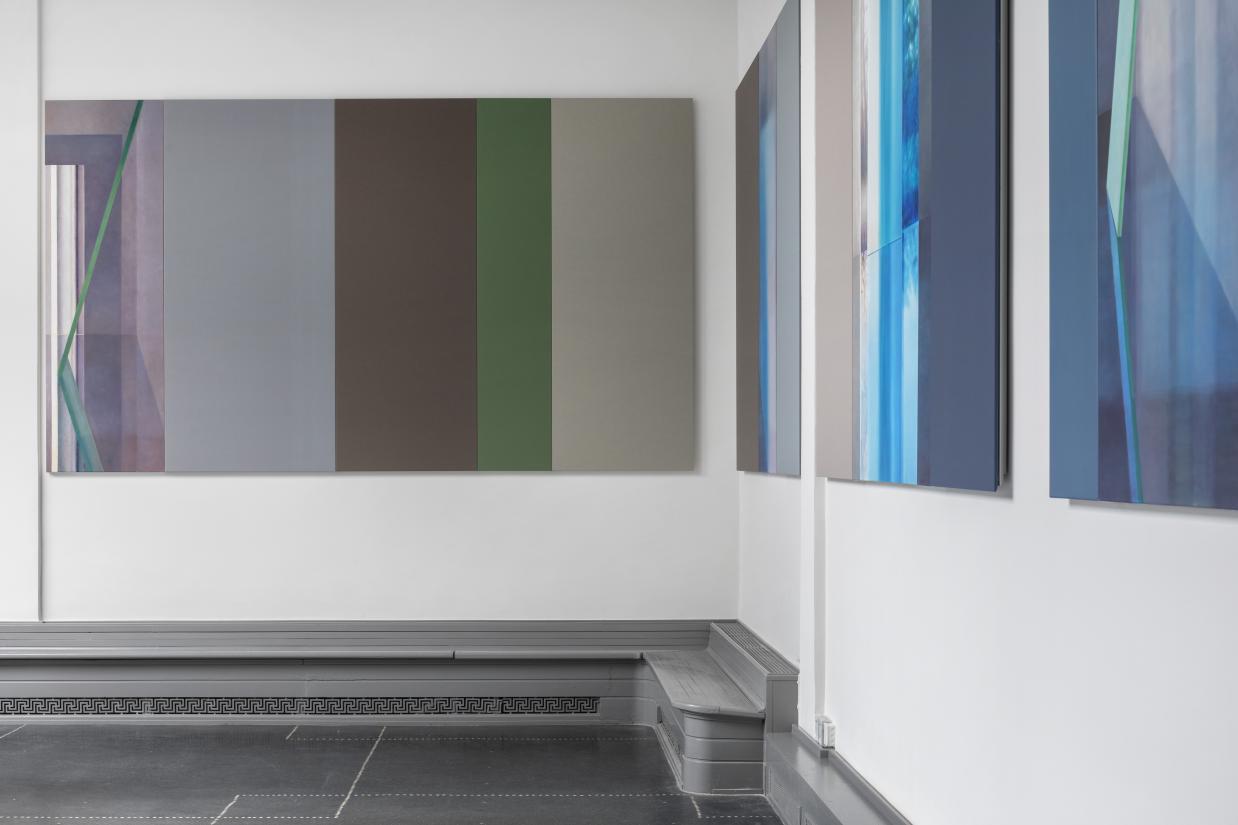 With a sublime sense of the architecture, history and function of the room, Anette Harboe Flensburg has carried out a near total interior design of the beautiful assembly hall at the folk high school Johan Borups Højskole in central Copenhagen. A frieze of paintings, 35 metres in total, and acoustic panels simultaneously encircles and opens the hall up and enters into dialogue with Aksel Einer Utzon-Frank’s sculpture frieze from 1928, another donation from the New Carlsberg Foundation. Harboe Flensburg also had the walls of the hall repainted and designed the colourway of a new acoustic curtain to enhance the overall aesthetic expression of the assembly hall.

Silent openings
Harboe Flensburg’s paintings are silent. The deserted interiors seem to have been stamped out in time. The static images are brought to life by light effects, reflections and translucency. All these aspects are brought out with sublimely graded colours, creating a holistic and light expression that seems to belie the painstaking care involved in the creative process. The alluring frozen, static images draw us in. The only movement is that of our gaze travelling through and into the spatial images. Passages, walls and new entrances and exits consistently suggest additional rooms and spaces adjacent to and behind the space in the foreground.

Frieze with obstacles
The frieze in the school’s assembly hall also contains cracks, suggesting access to another, more contemplative space. However, this access is not without obstacles. The picture frieze is repeatedly broken up by acoustic panels, which Harboe Flensburg has painted as monochrome fields of colour. A new dynamic emerges between the depth effect of the paintings and the frontality of the panels; an opposite movement, where the gaze is alternately pulled in and pushed away in a carefully orchestrated effect driven by a rhythm and a colour scheme that ties the frieze together into an organic whole.

Dialogue with Utzon-Frank
It is in this holistic format that Another Perspective, a New Opening intervenes in and enters into dialogue with the beautiful space of the assembly hall. On a general, formal plane, the frieze repeats Utzon-Frank’s 1928 sculpture frieze Human Life from Birth to Old Age, which is placed high in the room, under the skylights in the assembly hall. Harboe Flensburg also painted a section of an edge of a wood in the background of two of the paintings behind the large stage in the assembly hall. The trees on the right are portrayed in lush green tones, while the ones on the left appear naked and withered in hazy, greyish brown colours. Perhaps a nod to Utzon-Frank’s representation of the cycle of life above?

About Anette Harboe Flensburg
Harboe Flensburg trained at the Design School Kolding in 1981–85. Her main medium is painting, her pictures often characterized by an exploration of rooms and spaces. Typically, her process involves detailed photographic studies of spatial models, which she subsequently transfers and puts together in her imagery. Harboe Flensborg has exhibited frequently in Danish museums, and her works are represented in several museum collections. Throughout her career she has received numerous awards, including the Carnegie Art Award in 2003, the Eckersberg Medal in 2017 and the New Carlsberg Foundation Artist Grant in 2018.

Another Perspective, A New Opening, 2019